The yellow metal printed a low of $1,842 during the overnight trade and confirmed a bear flag breakdown, a bearish continuation pattern, on the 4-hour chart despite the political turmoil in Washington.

The US House of Representatives impeached President Trump on Wednesday, charging the outgoing president with inciting the Jan. 6 attack on the US Capitol building. Notably, ten House Republicans broke with their party and voted for impeachment.

According to a statement from Majority Leader Mitch McConnell, the Senate will not convene until next week to hold a trial for the president. So far, however, the metal has failed to draw haven bids.

The flag breakdown confirmed during the overnight trade indicates that the sell-off from recent highs above $1,950 has resumed. As such, the Jan. 11 low of $1,817 could be put to the test.

The bearish case will strengthen if the US 10-year Treasury yield resumes the rally. The benchmark yield jumped from 0.90% to 1.18% in the six trading days to Jan. 12 and is currently seen at 1.085%. 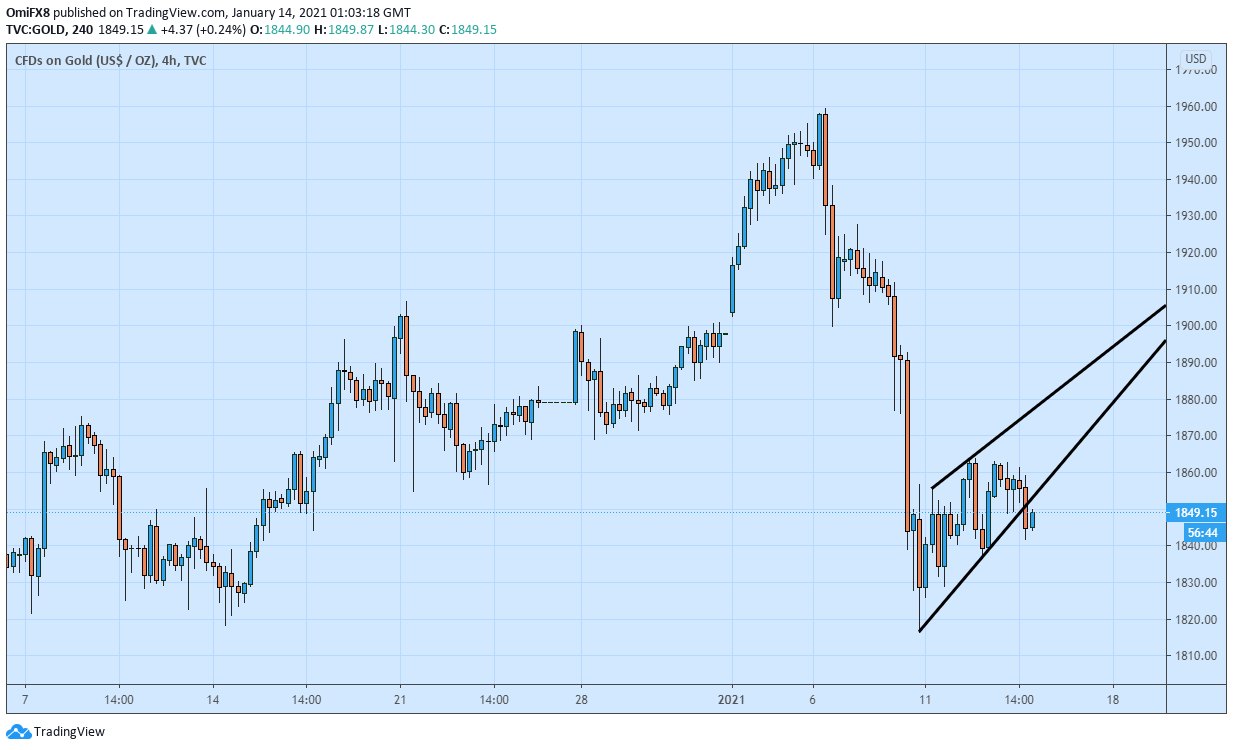