Having surged to a one-week high, the GBP/USD pair pullback to 1.2240 while heading into the London open on Thursday.

The Cable recently surged as the United Kingdom (UK) lawmakers voted to avoid no-deal Brexit and also turning the down the Prime Minister (PM) Boris Johnson’s proposed snap general election. The members of the parliaments (MPs) debated various bills concerning no-deal Brexit and early elections at the House of Commons. These bills will now reach the upper house i.e. the House of Lords for further discussions/amendments, scheduled for Thursday, and return back to the lower chamber prior to getting the Royal Assent. As per the Labour sources cited by The Press Association, the UK government's legislation to stop a no-deal Brexit will be completed by Friday.

Other than profit-booking wave before discussions by the Lords, markets also cheered renewed optimism surrounding the US-China trade after diplomats from both the ends agree to meet in October. However, Chinese media seems to doubt any breakthrough from the negotiations.

Additionally, news reports that the Hong Kong leader has finally agreed to scrap the bill that led to protests at home offered further support to the risk-on.

With this, risk tone remains positive with nearly four basis points (bps) of gains to 1.51% mark of the US 10-year Treasury yield by the press time.

Moving on, trade/political headlines will be the key to determine near-term trade direction of the GBP/USD pair while August month’s ADP Employment Change, ISM Non-Manufacturing Purchasing Managers’ Index (PMI) and Factory Orders for July from the US will decorate the economic calendar. 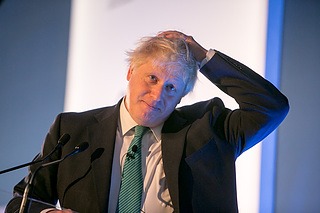 WTI holds onto recovery gains. The US catalysts seem to drive energy prices more than from the Middle East. API data escalated the inventory build, EIA might follow the footprints. Coronavirus crisis weighs on the market sentiment.