The EUR/GBP cross reversed an early dip to the 0.8880 region and jumped to fresh daily tops during the early European session. The cross was last seen trading near a short-term ascending trend-channel support breakpoint, now turned resistance around the 0.8910 region.

Meanwhile, Friday's break below the mentioned channel comes on the back of a bearish head and shoulders pattern formation on the 4-hourly chart. The bearish set-up is reinforced by the fact that technical indicators on hourly charts are holding in the negative territory.

However, oscillators on the daily chart are yet to confirm the bearish bias and warrant some caution. This makes it prudent to wait for a sustained break below a previous strong horizontal resistance breakpoint, now turned support near the 0.8865 region before placing fresh bearish bets.

On the flip side, any subsequent move up is likely to confront a stiff resistance near the 0.8835-40 region, above which the cross might aim to reclaim the key 0.9000 psychological mark. A sustained strength beyond the mentioned level is needed to negate any near-term bearish bias. 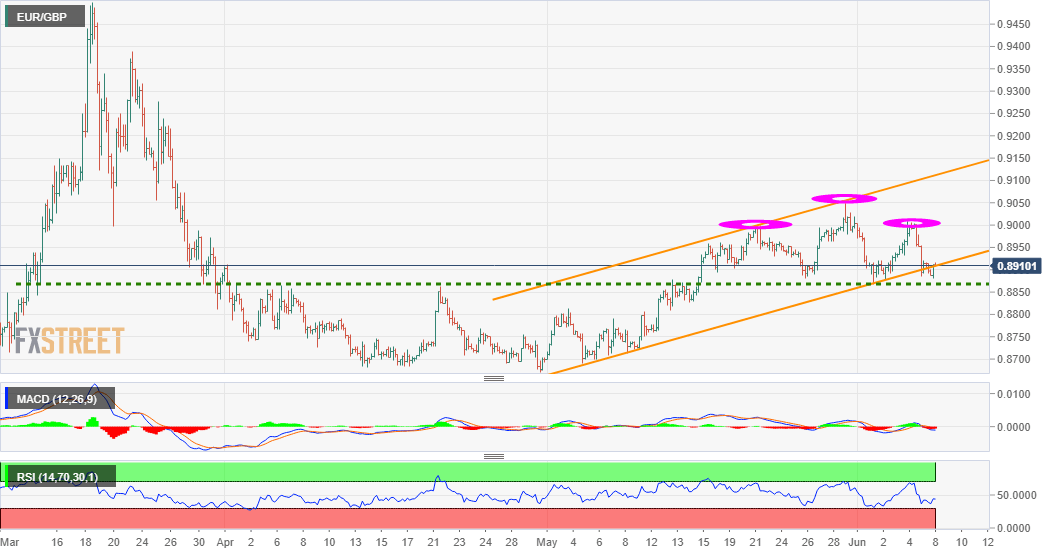