DIDI is back in the headlines on Thursday and again it does not look too promising. The company has been facing heightened scrutiny after China aired concerns over data handling.

Didi Global Inc is a Chinese company, considered the Uber of China. It is engaged in the business of ride-hailing and taxi services. According to its own website, "DiDi Global Inc. (NYSE: DIDI) is the world’s leading mobility technology platform. It offers a wide range of app-based services across Asia-Pacific, Latin America and Africa, as well as in Central Asia and Russia, including ride-hailing, taxi-hailing, chauffeur, hitch and other forms of shared mobility as well as auto solutions, food delivery, intra-city freight and financial services."

As part of its operations, DIDI collects large amounts of data on mobility and traffic analysis, but the company has stated that it follows strict procedures in relation to this data. China has reportedly become concerned by the vast amounts of information that online firms can collect and has begun a crackdown on DIDI and widened the investigation to include other tech firms.

The Cyberspace Administration of China (CAC) has ordered app stores to stop offering Didi's app. In response, DIDI released a statement saying the app takedown may have an adverse impact on Chinese revenue:

Once the "DiDi Chuxing" app is taken down from app stores in China, the app can no longer be downloaded in China, although existing users who had previously downloaded and installed the app on their phones prior to the takedown may continue using it. The company will strive to rectify any problems, improve its risk prevention awareness and technological capabilities, protect users' privacy and data security, and continue to provide secure and convenient services to its users. The company expects that the app takedown may have an adverse impact on its revenue in China

DIDI had only recently launched a successful IPO in the US and the shares took a significant hammering once this news broke. Further woes hit the stock last week as the Cyberspace Administration of China (CAC) said it had sent people from up to seven departments to DIDI's offices to carry out a cybersecurity review of DIDI.

China has become increasingly concerned over the large amounts of data that tech firms handle and in September of this year is to launch a data security law that will require companies to conduct risk assessments and submit reports, according to Reuters. Companies handling data that affect China's national security will have to submit to annual reviews.

The news this morning reported by Bloomberg contains the rather alarming headline that China is to consider an unprecedented penalty. This is obviously unknown but is sure to scare investors further. The stock is currently falling in the premarket. At the time of writing, it is down 3% at $11.14. 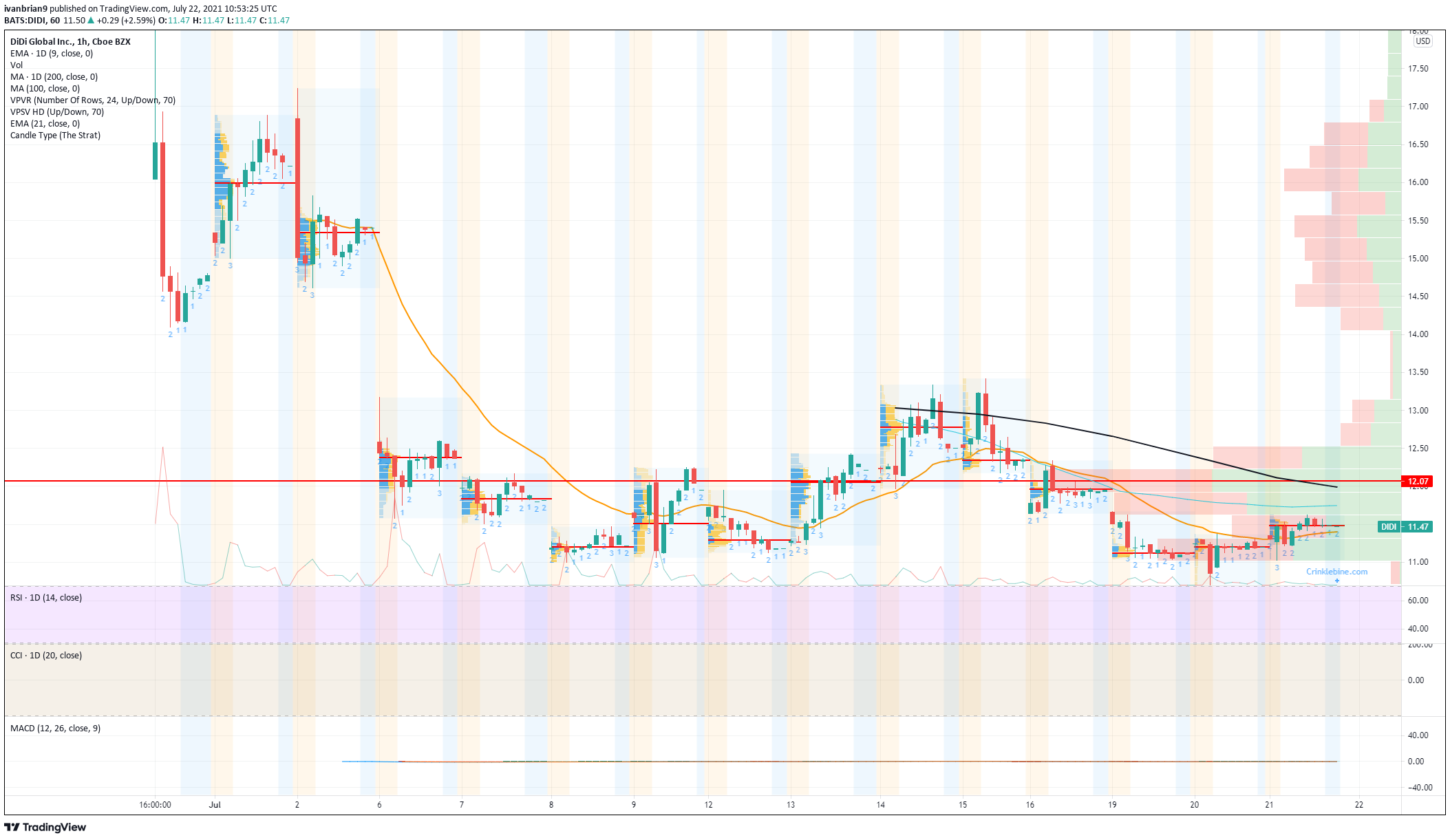