Another day another new meme stock added to the list. The movement is growing a bit now. Will it take over the entire stock market eventually? Unlikely, but the influence of retail traders shows no signs of abating just yet. Many seasoned (i.e. old and bored) commentators had said (hoped) that the retail phenomenon would disappear once the economy reopened and Gen Z, millennials, whatever they are called (younger than me!) would head back out into the world and stay away from their trading screens. That is to forget the power of the personal computer we all hold in our hands every day. The smartphone has revolutionized access to trading and financial markets for everyone as well as access to news and information.

WISH appears to be the perfect retail investor foil as it is an online shopping marketplace. But in an unusual twist, it is a website that predominately caters to Europeans rather than Americans. Patriotism is put to one side though in the Holy Grail of going to the moon, and this is exactly what WISH has done recently.

WISH shares had been struggling for support since peaking in February and are still a long way from that near $33 high. The stock gapped down on a weak earnings number. Earnings per share (EPS) was disappointing (-$0.21 versus $-0.18 estimate), but it was the Q2 outlook for revenue of $715 to $730 million that disappointed investors. WISH shares dropped to $8 for a 30% loss in the session after the results. That was more or less as bad as it got with WISH then consolidating around this $8 level before Tuesday's explosive pop. Given the disappointing outlook and EPS, it is perhaps not surprising to see that short-sellers have targetted WISH, with the short interest being reported by many on social media to have exploded. The latest data from Refinitiv data goes to the end of May and shows a modest 5% short interest.

Regardless of the debate over the real short number, the stock exploded based on retail interest. It can be seen from the chart prior to the price explosion how the volume point of control just around $8.05 helped to stabilize the declining price. The gap in volume can also be clearly seen, which led to the gap in price once the breakout began. 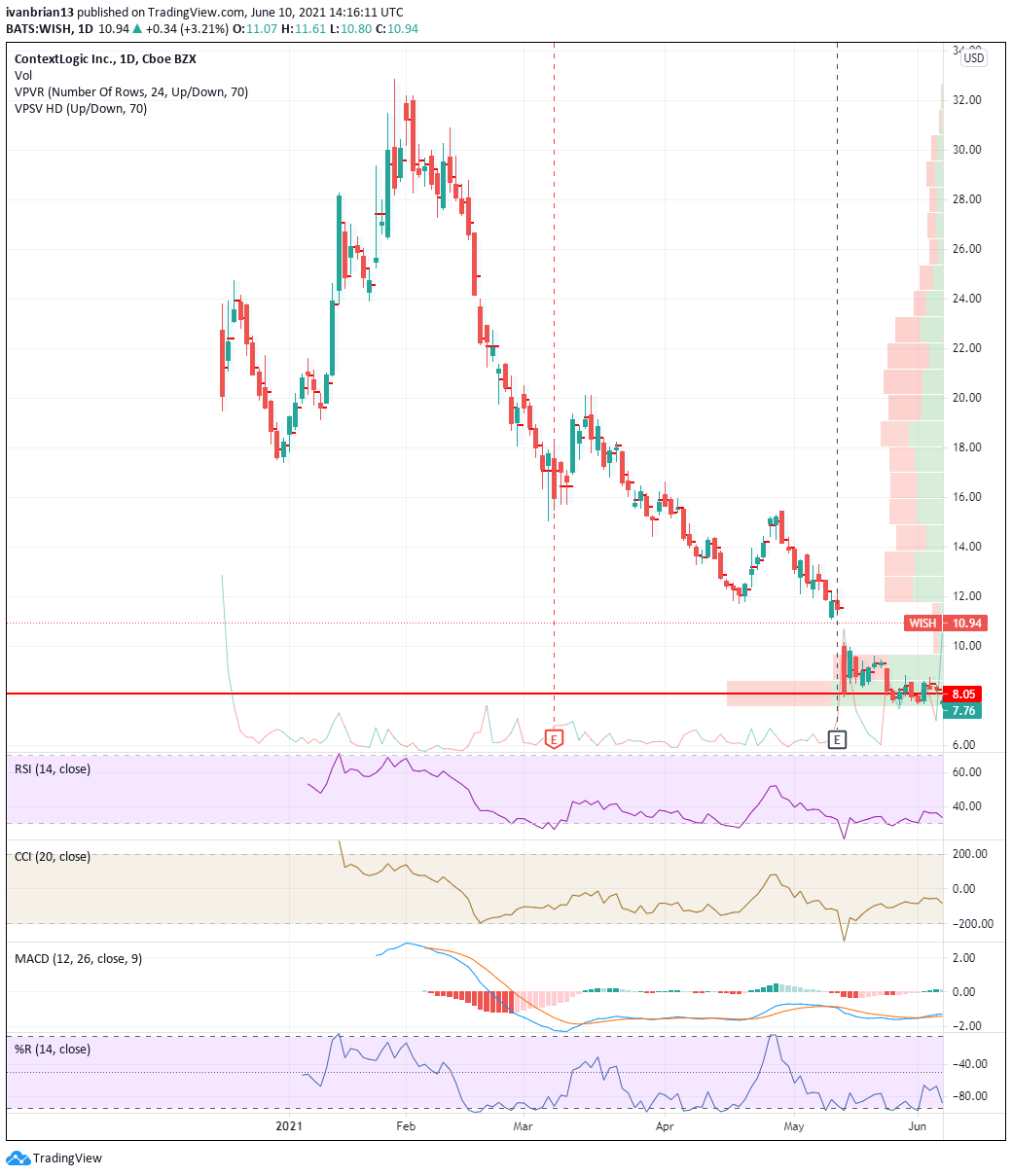 Now the picture has changed somewhat, and some bearish signs are in evidence. First, the failure to break the $15.45 resistance from last month. Not a negative on its own, but when added to Thursday's price action there is a negative in play. Thursday saw the point of control, fair value, at the lower end of the daily candle. This is a bearish sign indicating most volume took place toward the low of the day's range. The $10.60 level clearly shows an alarming drop in volume and is essentially a vaccum. Breaking below will likely result in an accelerated move to $9.10. Holding $10.60 is, therefore, crucial and is the key level to watch. A break ends the explosive bullish move and will result in a likely move toward $8.05, the longer term point of control. 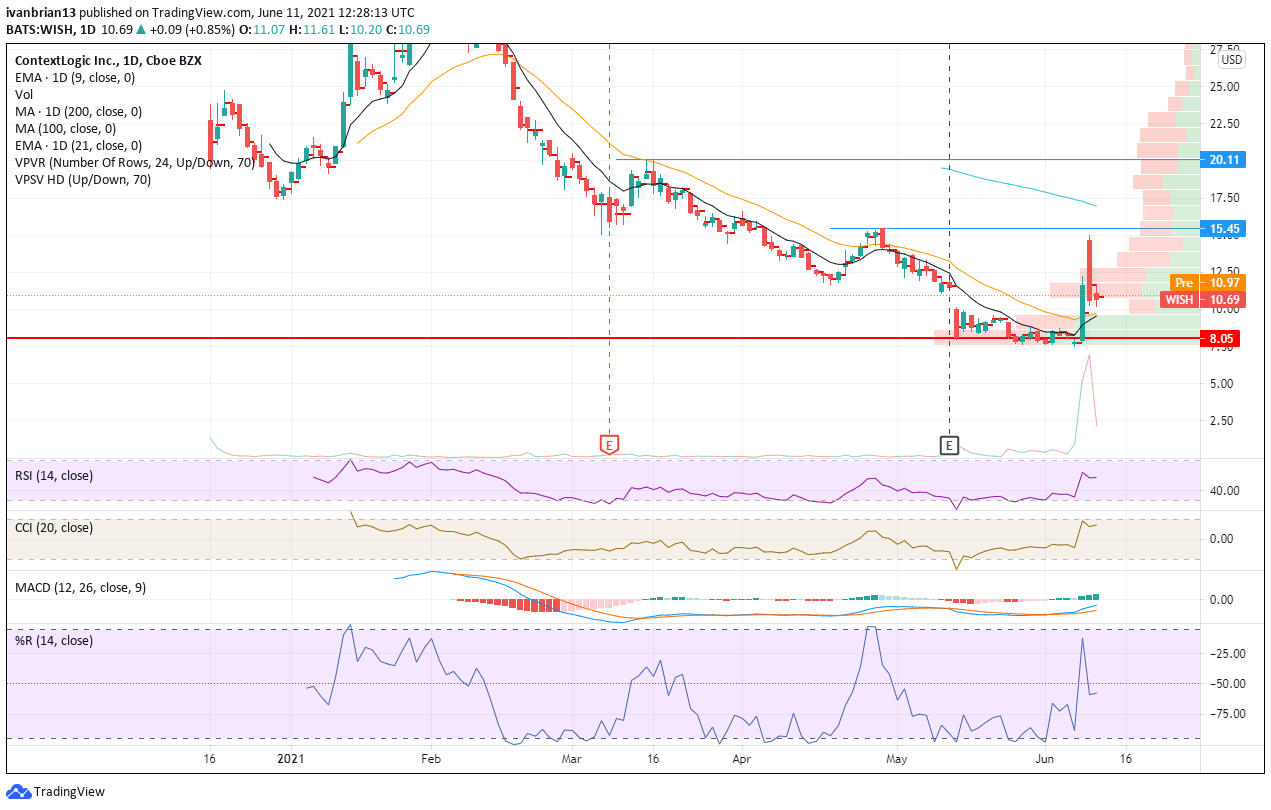