For those involved in the investment world, the Charles Schwab Corporation is a company that needs no introduction. Being one of the most well-known brokers in the US, Charles Schwab has significantly diversified its holdings in the last few decades. It offers wealth management, custodial, financial advisory, and banking services. Since June 2020, the company has enjoyed splendid performance and is now looking to maintain that performance despite rising inflation and market skepticism.

The brokerage industry has undergone quite an upheaval since online brokerages came into play. There are many online brokers out there and the competition is high. With zero-commission trades rising, Charles Schwab was the first major brokerage to join the gang and offer the vast majority of its trades on zero commission.

This quickly led to the consolidation of the industry, a process that is still ongoing. What this means is that smaller firms will not be able to deliver the profits required by investors. As such, they are eventually acquired by larger firms such as Charles Schwab. 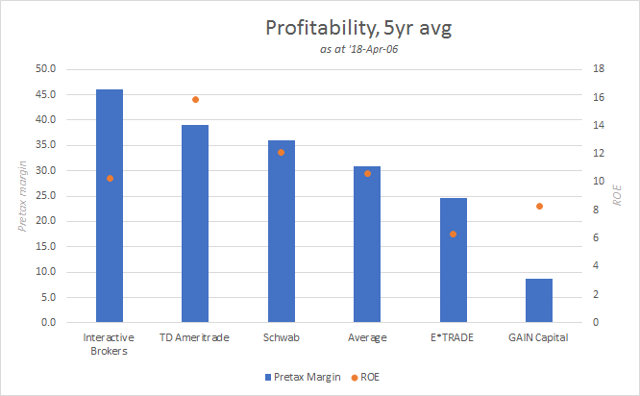 The most significant acquisition in recent years has been TD Ameritrade, one of the larger brokerage firms in the US. After elongated talks, the acquisition was completed in October 2020. The total value of the all-stock acquisition was approximated at $22 billion. The combined companies had total assets of over $6 trillion, making it the third-largest brokerage in the US after Fidelity and Vanguard.

Using acquisitions to achieve growth is not always the right strategy, but with billions of dollars in cash, it is quite possibly the correct move for Charles Schwab. The company was even in talks to acquire SoFi back in 2017, although they fell through in the end.

While the acquisition of TD Ameritrade will not cause the company to explode in growth, it does secure its position within its core business.

The threat of inflation is no longer a secret. Many think that high inflation rates lasting for a long time is an inevitability. While this could be devastating to the economy in general, companies like Charles Schwab could stand to benefit.

This is because the business model used by the company is simple: Ever since it switched to a zero-commission model, its profits have mainly come from investing the cash held in brokerage accounts in safe, fixed-income assets. This is why the acquisition of TD Ameritrade is so good for the company: More brokerage accounts mean more cash, and more cash means more profits. 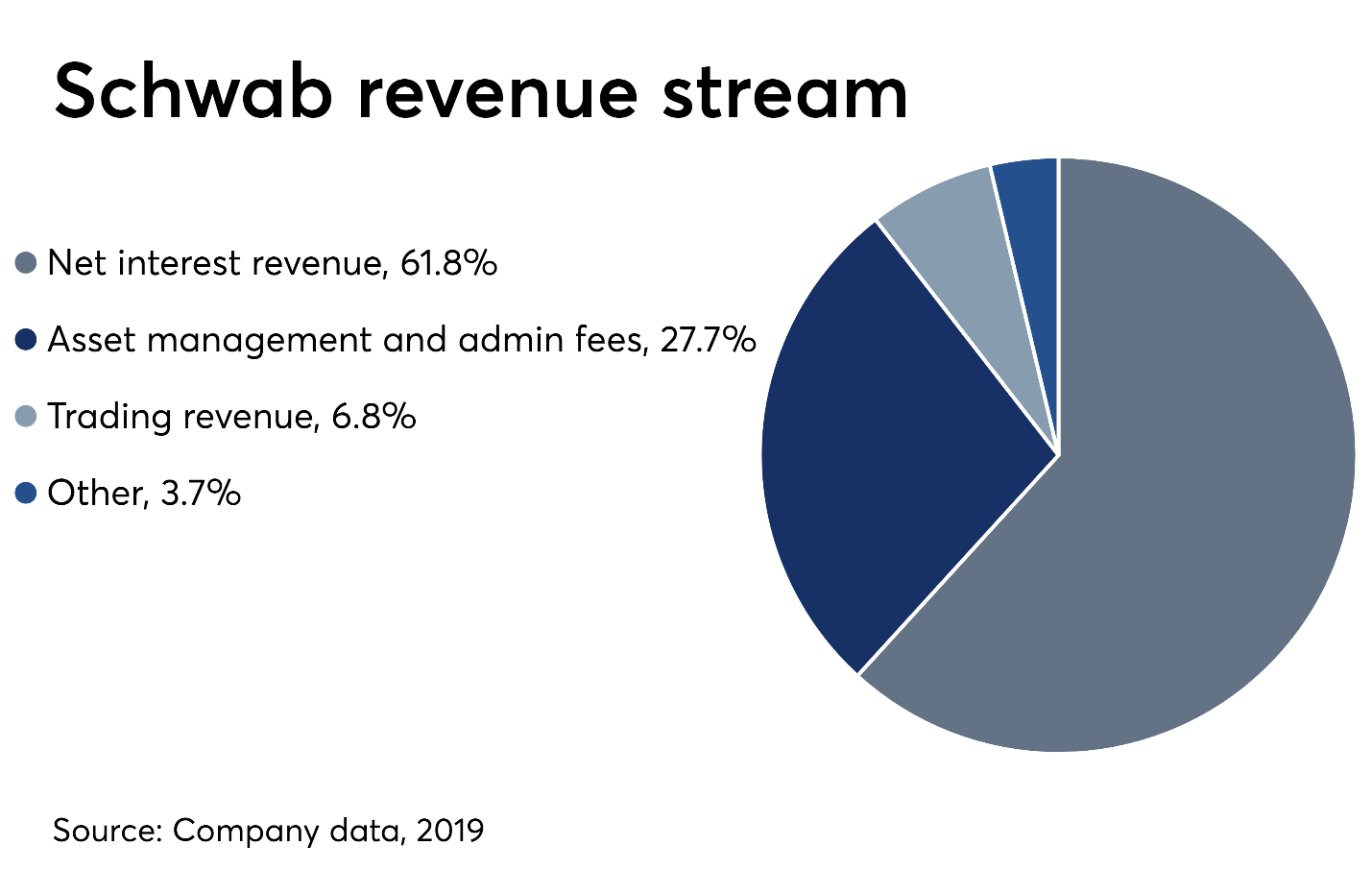 If inflation stays high, it is logical to assume that the government will have to raise interest rates at some point to combat it. This would automatically improve the rate of return on Charles Schwab’s investments, thereby leading to better financial performance.

Of course, the same goes for the company’s banking products. An increase in interest rates would lead to more profits. That said, the company’s other businesses are also doing quite well. Trading revenue was $2.2 billion during the first half of 2021, with TD Ameritrade contributing around $1.7 billion of that amount.

It is possible for the company to acquire a lot more players in the brokerage business. Numerous companies such as Robinhood and SoFi Invest are prime targets for acquisition as consolidation in the brokerage industry continues.

A big part of our thesis for Charles Schwab is the expected increase in inflation (and the rise in interest rates). However, even if that doesn’t occur, the company is still expected to do well.

Consensus estimates show the company generating almost $18.5 billion in revenue in FY21, compared to only $11.6 billion in FY20. Of course, a big part of that is attributable to the acquisition of TD Ameritrade. Still, the company’s forward P/E ratio for FY23 is 20.8, compared to 34.1 at the time of writing. For a large company in a mature business to achieve this level of growth is not bad at all and points to the fact that Charles Schwab may still be undervalued.

On top of that, the company has been offering an increasing dividend over the last few years. The total payout increased from $0.46 per share in FY18 to $0.72 in FY20. Consensus estimates expect the dividend to be $0.87 by FY23, a massive increase. However, the nature of the company’s business causes it to have very high levels of exposure to interest rates, which should be a significant factor in your decision to invest in Charles Schwab.