Australia December preliminary Retail Sales arrived at -4.2% MoMs/adj vs the Reuters poll -2.5%, which tipped the Aussie lower on the smaller time frames.

''Falls were recorded in five of the six retail categories, led by household goods, department stores and clothing, the Australian Bureau of Statistics (ABS) reported.

The ABS will release its final estimate on Feb 5.''

The price is defying gravity (markets may prefer to see the revisions on next release) and taking on the daily resistance structure: 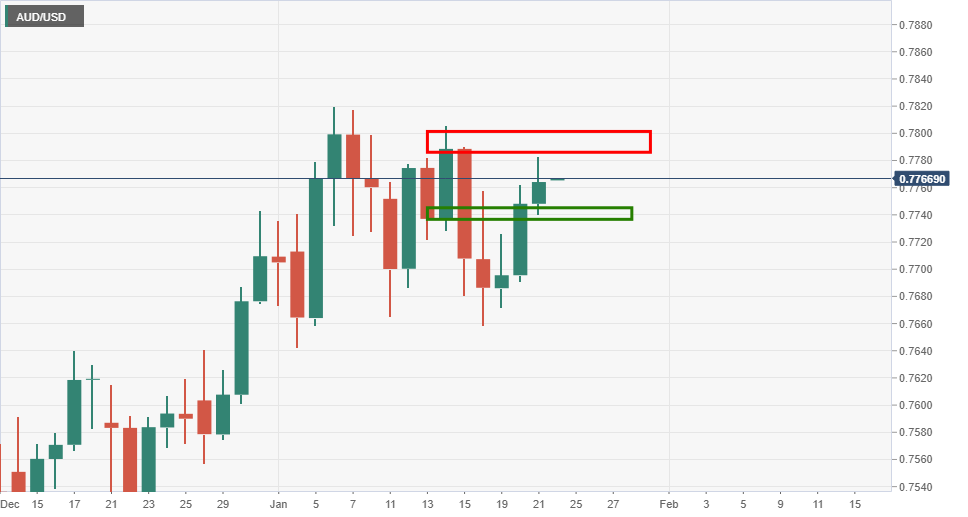 From a 4-hour perspective, the price has made a significant Fibonacci retracement and could be due for an upside extension into deeper resistance: 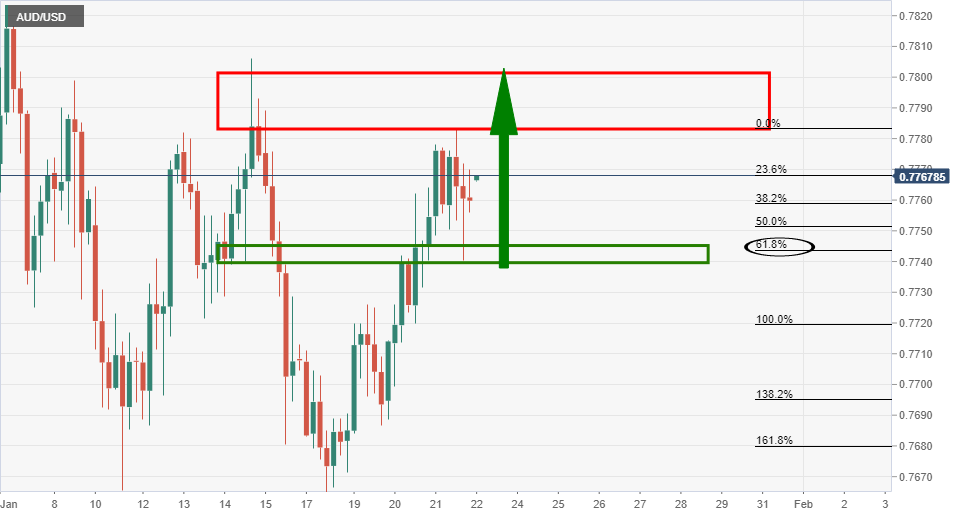 Description of Australian Bureau of Statistics

The Retail Sales released by the Australian Bureau of Statistics is a survey of goods sold by retailers is based on a sampling of retail stores of different types and sizes and it''s considered as an indicator of the pace of the Australian economy. It shows the performance of the retail sector over the short and mid-term. Positive economic growth anticipates bullish trends for the AUD, while a low reading is seen as negative or bearish.