AUD/USD prints gains on the first trading day of the week. The pair opened lower but recovered swiftly to touch the intraday high 0.7291. At the time of writing,  AUD/USD is trading at 0.7285, up 0.33% for the day.

On the daily chart, after testing the YTD lows at 0.7105 on August 24, the AUD/USD pair tested the high of 0.7478 on September 3. The pair failed to preserve the momentum and traced back to the lower levels while consolidating near 0.7220 since the past week.

Currently, if price sustains above the intraday high, then it could move back to the psychological 0.7300 level, which also coincides with the 50% Fibonacci retracement that extends from the low of 0.7105. A daily close above the mentioned level would take AUD/USD bulls toward the 0.7350 horizontal resistance level.

The Moving Average Convergence Divergence (MACD) indicator trades below the midline. Any uptick in the MACD would amplify the buying pressure toward the high made on September 10 at 0.7410.

Alternatively, if price reverses direction and breaks the multiple support formation near 0.7250, it would drag the pair toward the 0.7200 horizontal support line. Next, the market participants would aim for the 0.7150 horizontal support level, followed by the yearly lows at 0.7105.

EUR/USD remains pressured below 1.1600 as dollar rises with yields

EUR/USD remains pressured towards 1.1600 amid rising Treasury yields, which lifts the demand for the US dollar. The risk-off mood amid the China economic slowdown also underpins the safe-haven dollar. Fedspeak, US data awaited.

GBP/USD is edging lower towards 1.3700 amid a broad rebound in the US dollar. Hawkish Fed expectations, rising US bond yields and cautious mood underpinned the USD. BOE's Bailey said that monetary policy cannot solve supply-side problems.

Gold price extends Friday’s decline amid firmer yields and the US dollar. Hawkish Fed’s expectations and higher inflation continue to weigh on gold. Gold: Sellers defend $1,800, all eyes on US T-bond yields.

XRP price is lagging behind other cryptocurrencies as Bitcoin has long since begun its rally recording higher highs. The bulls’ inability to push prices higher resulted in XRP price crashing 10% on October 18. However, a crucial indicator suggests that Ripple may have recorded a local bottom.

Wall Street Week Ahead: Goldman fills its sack as buy the dip is back 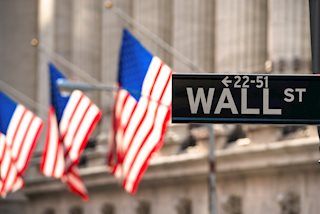 Equities it would appear have returned to the tried and tested theme of 2021, that of buying the dip. This time the dip was just a little more difficult to spot but we got there in the end with a nice double bottom pattern in the S&P (SPY).