I was speaking to a colleague of mine at Online Trading Academy the other day, talking specifically about what she thought were some of the most important things in the development of a consistently profitable market speculator. In her opinion, “community” was a component that is missing for most people other than a financial advisor. This got me thinking. When I started trading from home many years ago, I was trading from my home office in the basement of my house. It was just me, my computer, a television set and the dog. Sometimes a day or two would go by without any real reason to leave the house other than to walk the dog a few times a day. Back then, there were not many traders trading from home so I didn’t have colleagues to talk to. 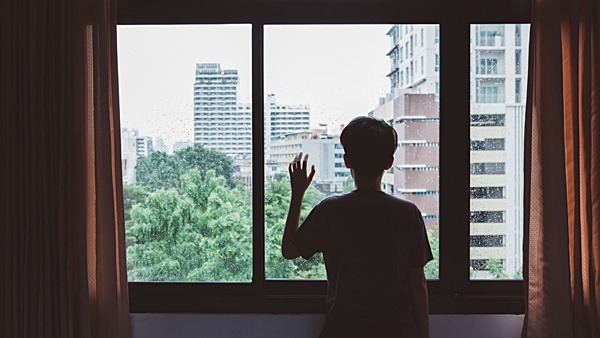 This type of life was fine for a while but then I started to realize that I was really isolated and bored.  On the weekends, I would go out to eat with friends and family and sometimes feel a little culture shock because during the week, I would not really be around people that much believe it or not. Sounds crazy I know, but that’s how it was for a while.

After a couple years, technology improved and I was able to “set and forget” my trades and that allowed me to go out and do other things in life that were important to me. These days, I hear from people who are in that same situation. They love trading but feel very isolated because they spend most of their day sitting in front of charts and trading. What this group tends to do is eventually join a community of traders, either online or attending weekly or monthly trading group meetings. This may seem like a good idea and answer but there is a potential problem with this if you’re not careful.

Trading groups are no different than any other groups in life, and therein lies the trap. People in the group tend to pick up the habits and traits of the group. In high school, if you hung out with people who are always smoking, you likely began smoking. If you hung out with a group of friends that spent lots of time at the gym, you were likely in very good shape; you get the point.

There are many different types of trading groups but only two types of traders who join them. The first is the group like me. Those who have the trading down but feel isolated and want to be around people a little more.  This group typically has developed a consistently profitable strategy and is solid in that. The second and much more populous type of traders are the new traders that are searching for answers and ideas as they are not consistently profitable. If you join a trading group strictly for the social value, that can be a great way to make friends and so on. If, however, you join a trading group to share trading ideas and gain knowledge from other traders, be very careful.

For example, trading groups that focus on fundamental analysis tend to buy into markets when the news and fundamentals are good. Where do you think market prices are when all the news is good? They are never low which means you’re always going to be buying high and that is a recipe for losses for you and profits for the seller on the other side of your trade.

The power of influence from a “group” can be very strong for the average person and to make matters worse, think back to who tends to join trading groups.

I still trade on my own for the most part. I have seen many trading groups but I would never join them for the simple fact that I have hardly ever seen a very profitable trading group, which means I would be interacting with people who don’t trade properly. This means I would be at risk of picking up bad habits and that’s not good. There are groups that focus on everything from  trading with Fibonacci numbers, Elliot Wave patterns, momentum strategies, buy and hope, this and that and more…  You can really find a trading group on just about anything that has ever been talked about in the world of trading. The main issue is that trading groups tend to be focused on conventional technical and/or fundamental analysis which don’t lead to low risk, high reward and high probability trading. Instead, those schools of thought often teach people to take the opposite action of the astute trader, and for the newer trader who joins a trading group to learn how to trade or to become a better trader this is a no win situation because those conventional ways of thinking lead market speculators to typically buy high and sell low.

To make matters worse, the group doesn’t realize any of this brain washing is happening because they all end up thinking the same way and reinforcing each other’s thoughts. Whether the thoughts are right or wrong is irrelevant, the group becomes a single-minded thinking machine and this drives novice, herd mentality trading and investing. I am sure there are some quality trading groups out there, I actually do know of two decent groups but these two have something in common; they both focus on the reality of how markets and trading really work and measure the group’s success with trading statements.

This piece was meant to caution you on a step that you are likely to take at some time or another as you are learning to trade. When joining a trading group, make sure that the core strategy is focused on how you make money buying and selling anything in life. If the logic is at all complicated and/or doesn’t make sense, join the trading group at your own risk and when you’re trading falters, remember that I warned you. Again, my purpose with this piece is not to talk you out of trading groups but instead to guide you to the right one.

Hope this was helpful, have a great day.