The growth in online trading platforms is opening the doors to gender equality and slowly eroding the traditional male trader stereotype. Although there's still a big gender gap in the industry, more women are trading and proving that they have what it takes to succeed in the markets.

Here are the top 6 female traders who are making a name for themselves in the industry and paving the way for other female traders. 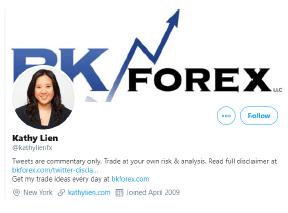 Described as a "fundamental guru" Kathy's Wall Street career began when she was just 18. She launched DailyFX.com when she was 23 and has become a leading voice in the forex trading world with her in-depth knowledge of the global currencies.

Kathy is a respected forex trading author who writes for various high-profile sites and has published numerous books. 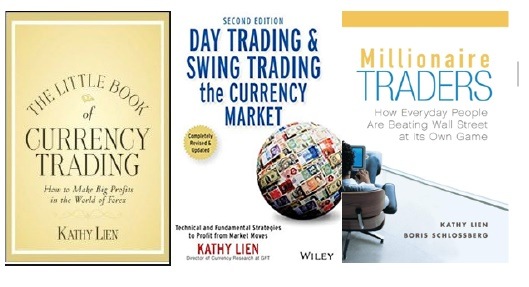 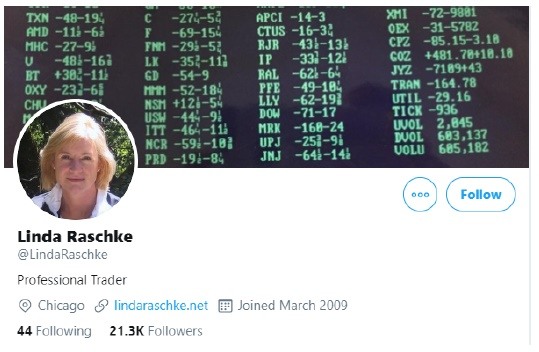 Linda is a world-renowned commodities and futures trader and a veteran in Wolfe Wave technical research who began her professional trading career in 1981.

Her name is preeminent in the industry and she has granted her initials to LBR Group Inc., a registered Commodity Trade Advisor and LBR Asset Management, a Commodity Pool Operator where she currently serves as president.

Renowned for her ability to recognise and act on trading patterns, Linda has lectured on behalf of prestigious associations like Bloomberg and she's coached aspiring professional traders in over 20 countries.

One of Linda's trading rules is to have a strategy that allows you to react to market movements as they occur because you can't foretell future movements. In Linda's words "In the world of money, which is a world shaped by human behaviour, nobody has the foggiest notion of what will happen in the future. Mark that word – Nobody!"

At just 19, Jennifer graduated from business school with degrees in statistics, finance, and operation research. She has worked at Morgan Stanley and at Arrowhawk Capital Management where she was partner and portfolio manager.

Jennifer is a hedge fund manager and chief investment officer of a $650 million hedge fund that specialises in energy and agriculture commodities. She recently left New York- based Millennium, where she traded commodities, to set up a family office. 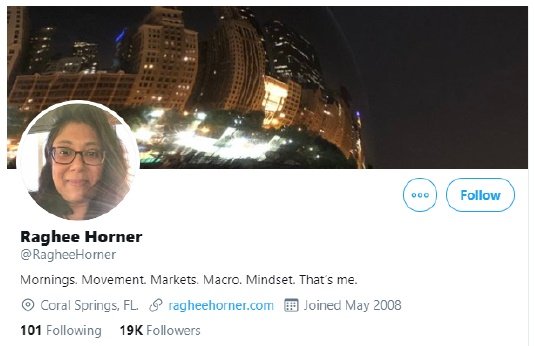 The creator of the famous 34 EMA wave method, Raghee may be a long way from charting her mutual fund progress on engineering paper, but her love for trading is still very strong. She has dedicated three decades to understanding the markets and helping other traders to gain an edge in the market.

Raghee is the Managing Director of Futures Trading and a valued contributor at John Carter's Simpler Trading. She's an expert in trading spot currencies, future, options and equities.

One of Raghee's trading tips is to be open-minded and formulate a strategy that works for you. In her words "There is no ‘one way' in trading."

Lucy Baldwin is a formidable trader who's managed to land on the highly-coveted the Forbes "30 Under 30 in Finance" list for two consecutive years.

Besides the prestigious accolade, she has assumed the sought-after title of Managing Director at both Goldman Sachs and Bank of America Merrill Lynch where she was in charge of trading European equities. She's currently at Credit Suisse where she has taken up a leading position in equity trading.

A trading tip from Lucy is to possess some emotional intelligence and a strong IQ. These two elements enhance a trader's discipline – a vital quality for trading success.

In 2017, at age 23, Lauren became the youngest and only current full-time female equity trader at the NYSE. She's become affectionately known as the "Lone Woman on Wall Street."

Lauren majored in genetics at Kennesaw State University but moved to New York City where she met the CEO of Rosenblatt Securities and started her trading journey.

Lauren has shared her success story in several countries and she's been featured on several top news networks like CNN and CNBC. She's currently working on her first publication that's centred on women and millennials in finance.

Lauren's trading tip is to be financially savvy. Success in the markets requires making educated moves rather than leaving things to chance.

These women have shown that good trading is not strictly reserved for men and they are ushering in a new breed of female traders who will undoubtedly disrupt and reshape the trading industry.

USD/JPY recovered a major part of its intraday losses, though lacked follow-through buying. The risk-on impulse undermined the safe-haven JPY and extended some support to the pair. Subdued USD price action did little to provide any impetus and kept a lid on any further gains.