Whether you're new to trading or could just do with a refresher, nothing beats studying the greats. And some of those greats have helpfully expressed their wisdom in well-turned, quotable phrases.

For your delectation and education, here are ten of the best.

“You have to be okay with wins and losses. You can't just be looking for the wins and, when the losses happen, you can't buy more and more because you're sure it's going to bounce. We call that revenge trading.” Josh Brolin 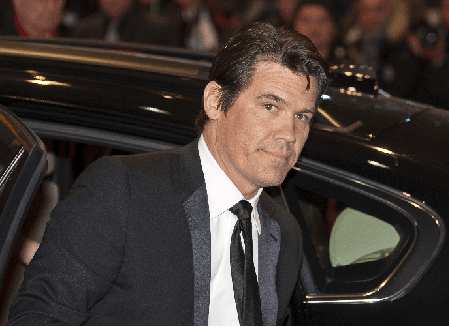 His top tip is to refrain from 'revenge trading' – becoming determined to punish the market for a loss, pouring more money into the same trade in a bid to recover, and even turn a profit, rather than just accepting the failure and moving on.

A tempting course of action when counting the holes in your bank account, but it's more likely to amplify the damage than show the haters who's boss. 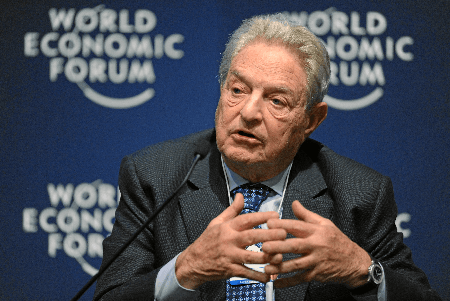 Possibly the greatest currency trader of all time – plus hedge fund chair, noted philanthropist and a prolific writer and speaker - Soros ensured his place in economic history for his role in ‘Breaking the Bank of England’ in 1992.

As a man who makes his dime from volatility, he is well placed to comment on turning points. The quote is a helpful reminder for less long-sighted traders than Soros that even the most volatile of markets will eventually stabilise.

“The secret to being successful from a trading perspective is to have an indefatigable and an undying and unquenchable thirst for information and knowledge.” Paul Tudor Jones

The Tennessee-born trader and investor was ranked by Forbes as one of the 40 highest earning hedge fund managers in the world in 2013. His no-nonsense approach to trading is grounded in minimising the role of ego.

Jones is famous for testing his ideas before going all out - trying low-value trades until he's either been proved wrong repeatedly or been vindicated in his idea; a more scientific method than many.

He’s also famous for reminding traders and wannabes that they “need to be able to handle getting their butts kicked”.

“It seemed glamorous when I used to go into work and get to be on a trading floor or see how the business worked a little bit before I ever understood what it was.” Erin Duffy

The only woman to make this list, Duffy worked at Merrill Lynch until being laid off in the 2008 financial crisis. She then wrote a well-received novel based on her experiences - Bond Girl.

Coming from a family that was heavily involved in New York’s financial markets, Duffy was able to visit the trading floors as a child, where she became enamoured with the trading environment’s mystique and glamour.

She later learnt that what attracted her to the job in the first place was really a disguise for the reality of high stress and long hours.

"The game taught me the game. And it didn’t spare me rod while teaching." Jesse Livermore

Livermore rose from farm boy to multi-millionaire during the early twentieth-century, gaining and losing several fortunes along the way. Known as “The Bear of Wall Street”, he started trading in illegitimate “bucket shops”, before moving to New York.

One of his central trading philosophies was that an individual’s returns depend on how much they're willing to study the markets and economics. If you put the work in, you can rely on your own judgement, rather than follow others' advice.

"Win or lose, everybody gets what they want out of the market. Some people seem to like to lose, so they win by losing money."  Ed Seykota

The psychological aspect of trading is well documented, and the possibility to make or lose large sums of money can amplify timeless human weaknesses like fear, greed and impatience. Seykota expresses this in signature blunt, straight-forward style.

Self-taught, Seykota's no-nonsense strategies have developed over four decades of solitary trading, vindicated by his status as one of the world's foremost traders.

Despite preferring to work alone, Seykota has mentored other heavyweight traders, including Michael Marcus and David Druz. Druz has praised Seykota for being willing to point out the personality weaknesses of his protégées with a view to improving their trading.

“We’re not going to play a winning hand every day.” John Paulson

Paulson made the bulk of his fortune shorting the mortgage market before the 2008 crisis, when most thought it couldn’t fail. He's also the recipient of possibly the largest ever annual pay-out on Wall Street: $4.9 billion.

Paulson’s grounded attitude to winning and losing will have served him well in maintaining a stoic attitude to the fluctuating fortunes of his own hedge fund. After outstanding performance during the financial crisis, Paulson & Co profits fell during 2011/12, before recovering in the last financial year.

"A great trader is like a great athlete. You have to have natural skills, but you have to train yourself how to use them." Marty Schwartz

Schwartz is unusual in that he made his fortune as an independent trader, after he became frustrated with what he felt to be a dead-end job working as a financial analyst.

He says that a willingness to learn which trading style suits you, and adapt your trading in line, is one of the most important skills traders can learn. The lesson didn't come easily. It took ten years of trading for Schwartz to become successful, and he has spoken honestly about the difficulty of taking large losses in his early years.

“To be a good trader, you need to trade with your eyes open, recognize real trends and turns, and not waste time or energy on regrets and wishful thinking.” Alexander Elder

Elder’s first career was as a psychiatrist, and as well as becoming a very successful trader, he is also recognised as one of the world’s foremost experts on trading psychology. An internationally bestselling author, with multiple books on trading, unsurprisingly Elder's trading advice focuses strongly on achieving a thorough psychological understanding of how markets work.

He even compares losing during trading to alcoholism and other addictive behaviours, and says that it can be overcome using similar methods to addiction therapies.

“You don't need to be a rocket scientist. Investing is not a game where the guy with the 160 IQ beats the guy with 130 IQ.” Warren Buffet 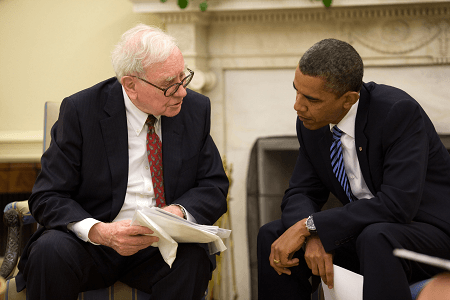 Forbes ranks Buffett as the thirteenth most powerful person in the world, and estimates his net worth at $58.5 billion. His interest in the financial markets was evident from a young age when, aged just ten, he insisted on a visit to the New York Stock Exchange during a family trip.

Buffett is well known as a practising 'value investor' – investing in stock based on solid analysis of the company itself, often holding positions for years, even decades. His back-to-basics approach is validated by Buffett's status as the most successful investor of the 20th Century.

Buffett is a living reminder that technical indicators don't tell the whole story, and clever tricks with graphs and formulae are no guarantee of success.

Taken together, these quotes - and their sources - teach us that learning to trade successfully takes time, dedication and a thick skin. The road to success is paved with failure.

EUR/USD falls to print fresh lows on French lockdown news. France expected to announce a nationwide lockdown tomorrow to start on Thursday night. The coronavirus has moved the nation to reinstate its COVID-19 state of a health emergency.

GBP/USD is denying the bulls a clean break to the upside. The price action of cable has been bearish within a bullish setup, although the support structure holds and so long as it does, the bias remains with the upside.

USD/JPY feels the pull of gravity as risk sentiment weakens on coronavirus concerns. Deeper losses look likely, as the 4-hour chart shows a bear flag breakdown. The pattern indicates a continuation of the sell-off from the Oct. 20 high of 105.75, possibly toward 104.00.

EUR/USD falls to print fresh lows on French lockdown news. France expected to announce a nationwide lockdown tomorrow to start on Thursday night. The coronavirus has moved the nation to reinstate its COVID-19 state of a health emergency.

GBP/USD is denying the bulls a clean break to the upside. The price action of cable has been bearish within a bullish setup, although the support structure holds and so long as it does, the bias remains with the upside.

USD/JPY feels the pull of gravity as risk sentiment weakens on coronavirus concerns. Deeper losses look likely, as the 4-hour chart shows a bear flag breakdown. The pattern indicates a continuation of the sell-off from the Oct. 20 high of 105.75, possibly toward 104.00.