It appears that the idea was around even earlier than that. A Dutch merchant named Van Ketwich created an investment trust in 1774 whose name translates into unity creates strength. This probably inspired King William I of the Netherlands to launch a similar investment company in 1822. Other similar funds followed in Switzerland in 1849 and in Scotland in the 1880s. By 1893 the idea had made its way to the U.S., where the Boston Personal Property Trust was established.

All of the forgoing were what we would now call closed-end funds, where shares in the pool were issued upon establishment of the pool, and at that time the number of shares was fixed, never to change. More about this type later.

The type of fund that we now know as open-ended mutual funds, or just mutual funds, was pioneered by the Massachusetts Investors’ Trust in Boston in 1924, opened to the public in 1928. These open-ended funds allow investors to buy new shares from the company at any time, and also to sell them back to the fund at any time. As it later turned out, 1928 was not an ideal time to initiate a new stock-market investment vehicle, and the mutual fund industry didn’t really get moving until much later.

Until 1975, stock brokerage commissions were fixed and very high. From 1795 on, the New York Stock exchange (which was owned by its member brokers) had mandated that all brokers charge the same amount for commissions on stock trades, and those commissions could amount to hundreds of dollars per trade. Any broker that tried to compete based on commission rates risked being expelled from the exchange. This would mean losing not only their livelihood, but also most of their wealth, which mainly consisted of the value of their exchange membership. As other exchanges were established in the U.S., they adopted the fixed-rate policy too. This effectively made it impossible to buy fewer than many tens of thousands of dollars’ worth of a stock at a time, without giving up most of the potential profits in commissions. This regime of fixed rates continued until it was abolished by the Securities Exchange Commission on May 1, 1975, ending 180 years of fixed rates and ushering in the age of discount brokerages.

In the environment of prohibitively high fixed commission costs before 1975, pooled investments provided a way for non-wealthy investors to participate in the stock market. Even though the mutual funds themselves charged a pretty high expense ratio of ½ to 2% of fund assets per year, this was still preferable to not being able to invest in the stock market at all.

The mutual fund industry really began to take off in the U.S. after 1954, which was the year when the stock market finally regained the level it had reached just before the 1929 crash (yes, it took 25 years for the market to get even after the 1929 crash!). Brokerage commission were still fixed; but with the public’s horror of the stock market finally fading, Main Street could once again be enticed onto Wall Street through the vehicles of pooled investments.

There is much more to the history of mutual funds than we have space for here. If you are interested, this Investopedia article is a good place to start.

The latest iteration of the pooled investment idea is the exchange-traded fund (ETF). The units in these funds trade on stock exchanges like shares of stock; and each share represents a fraction of the entire pool of investments. At this time, exchange-traded funds exist that invest in stocks (usually based on a stock index), bonds, precious metals, real estate, commodities and other assets. Around 2,000 separate ETFs exist. For those ETFs that are based on stocks, virtually all are based on one or another of the various stock market indexes published by Dow Jones, Standard & Poor’s and other index providers. Stock ETF investors get the benefits of indexing (diversification and survivor bias) and much lower fees than traditional mutual funds. ETFs also usually have put and call options available, which savvy investors can use to increase their cash flow from these investments.

For many investors, ETFs provide an easy way to create a diversified portfolio very conveniently within a stock brokerage account; and to protect that investment with stop-loss orders or with options, which are not possible with mutual funds. At this time in history, the exchange-traded fund is the most evolved version of the pooled investment idea.

The pair continues trading according to sentiment flows. GBP/USD amid renewed demand for the greenback amid a deteriorated market mood. Brexit talks continue without progress, will continue next week.

Markets are weighing both the US dollar and the yen for their safe haven qualities amongst a very uncertainty landscape pertaining to COVID-19 and the global economic recovery.

The pair continues trading according to sentiment flows. GBP/USD amid renewed demand for the greenback amid a deteriorated market mood. Brexit talks continue without progress, will continue next week.

Markets are weighing both the US dollar and the yen for their safe haven qualities amongst a very uncertainty landscape pertaining to COVID-19 and the global economic recovery. 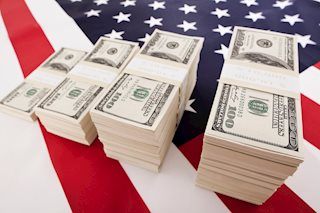 Stocks are bid and the dollar is down amid new hopes for a coronavirus vaccine and mixed data leading to Thursday's all-important Non-Farm Payrolls. Investors are shrugging off record US infections and re-closing in several states.