Can you fathom setting out to achieve an endeavor that could change the trajectory of your life, and not being specific on what it is that you want to accomplish or when? How would you know if you were making progress towards achieving your goal if you had no way of measuring progress on your way to the finish line. And wouldn’t having a timeline in which to achieve this end result add some urgency? How would you even know if the target your attempting to achieve was reasonable or just some pie in the sky fantasy?

What I’m describing in these questions are components of goal setting. Some of you are very familiar with goal setting, however, I would venture to say that most know what a goal is but very few actually take the time to sit down and write one down. Even fewer actually achieve what they set out to do.

Why is it then that most people have trouble with specific goals? First off, I find that people need help in specific goal setting, and others would rather not set a target altogether. That’s because not having a target means not failing.  You see, if you have a target and you miss, you’ve failed, but that failure will only make you better if you can learn from it. Most people don’t like to fail. On the positive side, if you achieve the objective, then you have accomplished something that has possibly stretched your boundaries.

One simple example of goal setting would be to sign up for a 5k run on, let’s say, Saturday, May 19th . You now have a specific goal with a deadline and you can start setting up a training plan to accomplish that. Is it attainable? Well, for most healthy adults I think it is; it’s slightly over 3.1 miles. If running is not your thing, then perhaps bicycling or lowering your weight could be a goal, anything to set the wheels in motion. 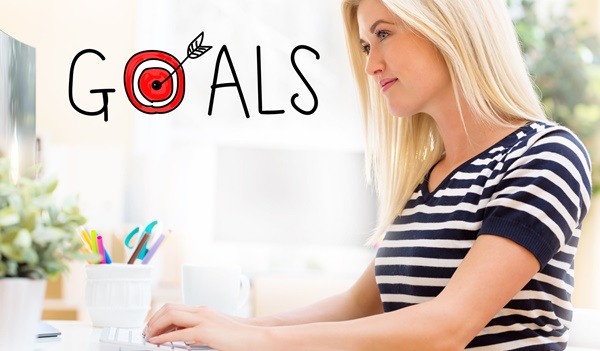 As an instructor at Online Trading Academy, I encourage my students to sit down with their family or significant other and write down specifically what it is they want to accomplish.  Notice, I said write down. I say this because it has been statistically proven that if you write your goals down rather than just thinking about them the chances that they will be met increase exponentially. Incidentally, it’s a fact that most highly successful people all had written their goals early in life and most were eventually met.

In trading, most goals involve some type of monetary achievement. These can be weekly, quarterly or yearly targets. Notice, I didn’t say daily goals. In my humble opinion, daily goals exert too much pressure on a trader to make trades every day; for that reason I think weekly goals are better as they give a trader more leeway.

Once the goal is established, a trader most develop a plan to get there. If the plan doesn’t achieve the desired result then it must be re-calibrated until the targets are being met regularly. This is what goal setting does for a trader. It makes a trader accountable and allows a way to measure progress.

In trading, goals don’t necessarily have to be monetary targets. For example, they can be execution goals, such as when a trade sets up according to a trader’s strategy the goal is to execute it flawlessly, without hesitation or fear.

When I talk to traders about what it takes to be successful, I believe there are three components. The first component is to have a viable process or strategy. The second is having the self-discipline to follow that process. And last is to have the right focus. Goal setting is what gets you focused.

So, if you’re out there struggling to produce consistent results, ask yourself if you have some targets, because if you don’t have a target you’re always going to miss. If, on the other hand, you do have goals and have been coming up short, it’s important to continuously ask what changes you are prepared to make to change those results?  Think about what’s on the other side when you make the changes necessary to hit those targets, like a great sense of accomplishment and, well, a bigger trading account.

USD/JPY gains traction for the fourth straight session and shot to three-month tops. The upbeat market mood undermined the safe-haven JPY and remained supportive. Bulls shrugged off the prevalent USD selling bias as the focus now shifts to NFP report.

USD/JPY gains traction for the fourth straight session and shot to three-month tops. The upbeat market mood undermined the safe-haven JPY and remained supportive. Bulls shrugged off the prevalent USD selling bias as the focus now shifts to NFP report.