It’s well accepted that when you trade your actions are your responsibility; even though there are myriad traders across the planet that blame their poor results on everything and everyone except where it belongs…with the trader.  They want to blame the platform, or the kids, or the dog, or the lack of time to get it all done.  It’s understandable, because holding yourself accountable is fraught with fear; fear of being wrong, fear of failure and fear of success to name a few.  All of that fear causes the trader to deflect; that is, to take your attention away from the real impetus for the lack of follow-through and place it on one of those outside variables.  It makes it so much easier to swallow, doesn’t it?  But, we both know that this is a cop-out.  If you are looking outside of yourself for why you are violating rules, not keeping commitments and generally mucking up your trading then you are totally missing the lightning rod reason for these issues…you!

So, let’s back-up for a moment and look at what accountability is.

Merriam-Webster defines accountability as: the quality or state of being accountable; an obligation or willingness to accept responsibility or to account for one’s actions.

This simple definition captures in a phrase the heart of the matter; that is, “to account for one’s actions.”  This means that you are not only responsible, meaning that it is up to you to address the issues; but you are also response-able, in that you are ready to initiate a credible response to the concerns as they present themselves.  Going further, when you are held to account for your results you must be prepared to research and explain the genesis of the glitches as in “what is the problem you are trying to solve?”  This is very different from just being response-able. 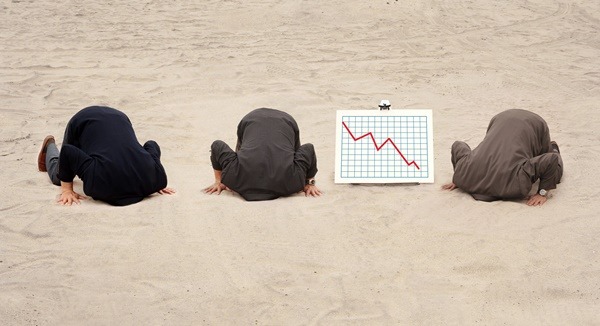 When you ask this question, it forces you to pull back the veil and honestly determine what role you play in the struggles you are having.  For example, if moments ago you told yourself that exiting your trade was in direct violation of your rule to allow the trade to play out, but out of fear at break-even you cave and liquidate the position anyway, then it is time to have an adult conversation with yourself.  You must be willing to ask the tough questions related to the unwanted behavior and the mindset that initiated it.  For instance, what was I telling myself or believing that caused the fear that drove the violation?   What biases are at play in this scenario?  These and other incisive questions are called “appreciative inquiry.”  It is not about beating yourself up, cursing yourself or in any way punishing you for the violation.  It is about finding out what is at the bottom of this behaviour… your limiting, irrational and/or negative beliefs… rooting them out and point-by-point addressing each head on.

If, at this juncture, you are telling yourself that this is not only scary but also a lot of work … you are exactly right.  But, you’ve got to ask yourself; “How important is it to become a consistently successful trader?”  Here is the crux of the accountability question. If you are not willing to engage in deconstructing your challenges then there is another question that you must inevitably ask… “Am I truly committed to do what it takes to get the results that I want?”  Of course, this soul searching, if honestly pursued, can either help you re-engage the level of commitment necessary to do what it takes to be consistently successful or prompt you to save yourself a lot of head and heartache not to mention hard earned capital moving on to something else you are willing to put your heart and soul into.

So, is there something that you can do to support you, in developing the depth of commitment to your process if it doesn’t already exist?  In other words, if you have found yourself in the abyss of rule violations and lack of follow-through, but you really do want to become the trader that you know you can grow to be…then listen up.  There is help for those who struggle mastering the discipline to follow through, it is called an  “accountability partner.”  This is someone whom you trust, that has your back, that is not judgmental but also won’t be co-dependent; that is, they are unwilling to enable you; and they are willing to “care for you” by being honest without “taking care of you” by colluding in your attempts to rationalize a lack of focus and unwillingness to approach trading with the level of seriousness that it requires.  An accountability partner does not have to be a trader, but it would be a major stumbling block if they did not have an intimate familiarity with the process.  Essentially, you are looking for a listener who is there to help you keep your commitments.

The concept is not new.  It has been around since the 1990’s and was originally used in connection with weight loss programs but since has become associated with physical fitness, improving business or, in reality, any goal oriented personal project.  Not having an accountability partner is one reason 92% of people did not accomplish their New Year’s resolution, according to a University of Scranton study by Dan Diamond in Forbes and an article by Dale Tyson.

Of course, this person can be a professional coach but it is not necessary as long as the individual has agreed to take on this endeavor, has some knowledge of what you are up against (for instance, if you want to stop smoking you wouldn’t ask someone to be an accountability partner who has never smoked), and who is not just a cheerleader, because honest feedback is a critical component.  Whoever it is, the above criterion is essential to help you to become effective.  Additionally, it doesn’t have to be a “forever” proposition but you’ll want to sustain the process until you have achieved at least one significant goal.  It’s all about giving you every opportunity to achieve, excel and succeed.

This is what we teach in Mastering the Mental Game online and on-location courses.  Ask your Online Trading Academy representative for more information.  Also, get my book, From Pain to Profit: Secrets of the Peak Performance Trader.