How often has this happened to you? You see a trade setting up. All the conditions are favorable, good odds and good profit margin. It’s a high probability trading opportunity and it’s time to take action; but just before you click the Buy/Sell button doubt begins to set in… You start having second thoughts. Suddenly you’re mired in negative what ifs, so you hesitate and before you know it the market moves away from you and you’re not participating. As the market begins to gain momentum your frustration builds until the thought of missing the move becomes so unbearable that you can’t help yourself, you finally jump in. And of course, (as often happens) as soon you get your order filled the market reverses.

Why is this scenario so common among traders? Part of it has to do with a belief system that is not conducive to consistent profitability. In the earlier depiction, the trader missed the trade. The question is, why did they miss the trade? It was likely because he/she didn’t truly believe that their method afforded them a high probability trading opportunity. Though perhaps there are other internal and deep-rooted reasons for the indecision, fear being a big and common one.  However, a strong conviction in an idea or method will often serve to suppress the doubts and fears that plague so many traders.

Let’s explore this. When I teach new traders the Online Trading Academy core strategy, I tell them that I BELIEVE our core strategy of supply and demand works, and specifically, that it works for me. I follow that statement by telling them that only when they embrace and believe that it will work for them will they begin to build confidence, and thus believe that what I’m teaching them will produce consistent results.  Moreover, showing them results in a live market and having them test it with a large sample size of trades also helps to building trust in our methodology. 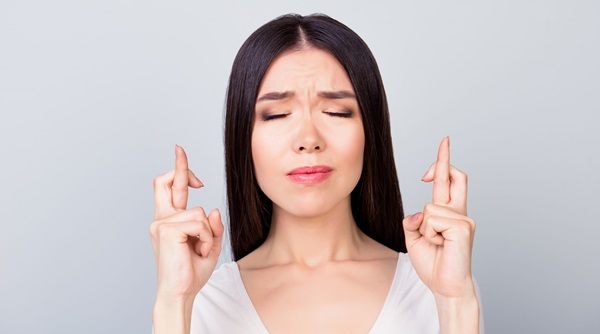 The process begins by observing and analyzing the information and asking plenty of questions. What percentage of the time does the setup work? In what market environments is it most effective? Does the method fit my personality? Finding these answers may help boost the credence of a system and reinforce the belief that implementing it will garner profits. Finally, when all the analyzing is done the student has to make the trades with every signal generated. Believing that a system is viable truly begins when profits are realized on a consistent basis. Few people (except gullible ones) will take just anyone’s advice, especially on important matters, at face value, so why would it be any different in trading?

Changing people’s belief systems is what I strive to do as a trading instructor. Let’s take, for example, the fact that most people starting out believe that they can successfully trade if they can just find a special indicator or the Holy Grail of all indicators. They become laser-focused on finding that technical tool that will point them to profitable trading opportunities and make them rich, with no risk and little effort.  In this process they create many illusions that they sincerely believe are true.

Another common belief is that by holding onto a position long enough, it will eventually come back and repair the loss. That’s another way of saying that stop loss orders are not necessary to be a successful trader. Admittedly, there are highly successful traders, money managers and hedge fund operators that trade without the use of actual stop orders in the market; however, they do know when to cut their losses.

The most prevalent belief I encounter while interacting with new traders is the notion that there is a direct correlation between forecasting the direction of the market correctly and being profitable. This, in my humble opinion, is the hardest belief to break and the most misguided belief of all. To counteract this idea, I try to instill the belief that markets move due to imbalances of buyers and sellers, and that finding those imbalances is more fruitful in the long term than trying to figure out what the market will do next. Put another way, stick to identifying quality supply and demand levels, which is where institutions are likely doing their buying and selling, and the probabilities are high the trades will work. Additionally, be prepared for any movement in the market and trust that your method will guide towards profitability.

If you’re a trader struggling to make decisions when your method signals that you go long or short, you need to reflect very seriously on whether you believe in your method. If you don’t have a strong conviction about what you’re trading or how you’re going about it, then you need to refocus your efforts. If you believe that you can be a successful trader by avoiding losses at all costs, then you need to change your attitude about risk taking. If you believe you can be consistently profitable without a plan (set of rules), then you need to start over because that is a fool’s errand.  Finally, is your belief system in direct alignment with your financial goals? If not, you’re going to require a re-alignment or you most likely won’t be able to find consistent high probability trading opportunities.

Until next time, I hope everyone has a profitable week.