Fed made it clear that more tightening is coming, long USD/JPY?

China’s growing acceptance into international capital markets faces an important moment as MSCI is going to make a decision to include the first batch of stocks listed on its $7tn domestic equity markets into the world’s dominant emerging markets stock index. MSCI will announce whether it would include China’s domestic A-shares in its global indices after U.S. stocks closed this Wednesday, HK time.

Inclusion into the index would be a major step forward for China as it attempts to open up their financial markets and attract foreign capital. It will also confer an unprecedented recognition upon China’s domestic capital markets and obligate funds from all over the world to pour billions into the country’s stocks.

Having in the past cited regulatory worries and accessibility for global investors, there are signs that MSCI is ready to say yes this time. Such a decision has big repercussions for global investors, as it will obligate investment funds to pump billions into China’s stocks. MSCI has markedly altered the inclusion proposal to make it more palatable to clients. The list of A-share companies to be included in the benchmark index will be just 169, down from 448 previously. If A-shares are included, they will account for only 0.5% of the MSCI EM Index and not a heavy 5% under MSCI’s previous proposal.

In our opinion, if there is a successful inclusion, it could drive the Shanghai composite index towards 3,300 this month. Chart below shows any rally in shanghai stocks is likely to give AUD/USD a major boost.

Fed to shrink balance sheet is positive for U.S. dollar

Fed chair Janet Yellen and her colleagues raised the federal funds rate from 1% to 1.25% overnight, and reiterated they expect inflation to return to target in a few years. At the same time, they stressed they are watching low inflation numbers “closely” after a series of disappointing readings.

Balance sheet shrinking plan is very new to the market at this stage. It is difficult to assess its impact at this moment. However, uncertainties may drive dollar higher in coming weeks.

Official Brexit talk kicks off, pound may be under pressure

Brexit secretary David Davis is set to meet Michel Barnier, EU’s chief negotiator, in Brussels today to begin formal talks on the process of untangling the UK from the bloc. EU will focus on issues of citizens’ rights and Brexit bill for the next few months, a sequence to which UK had previously objected.

Now that the British election has thrown a wrench into an already complicated and unpredictable proceeding, investors will be watching closely to see the reactions from both camps.

EUR/USD – Slightly bearish. The uptrend is showing a bit exhausted in near term after FOMC meeting. This pair may move towards 1.1140 in coming days. 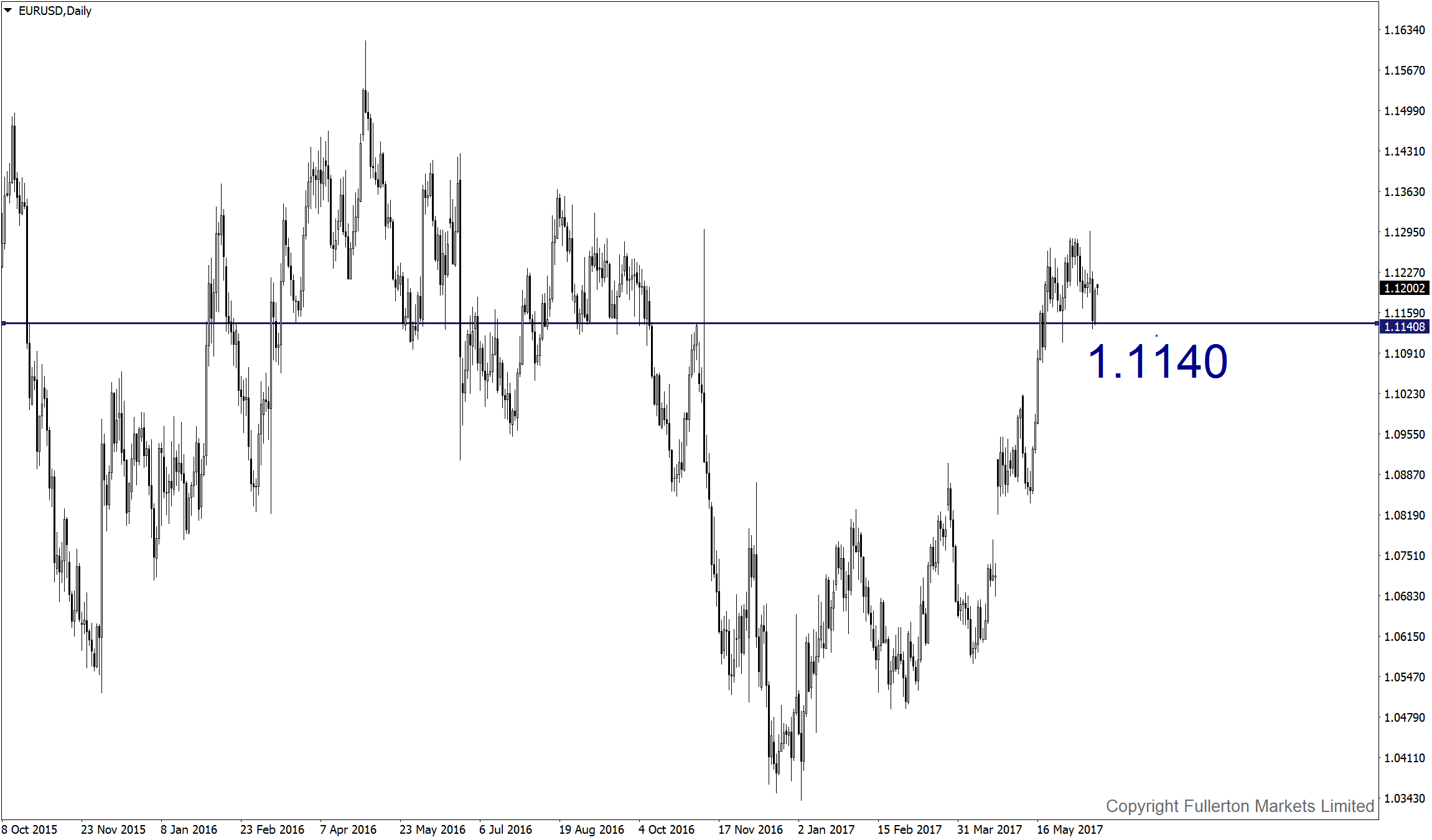 GBP/USD – Slightly bearish. Price will fall further towards 1.2636 as Brexit talk is kicking off. 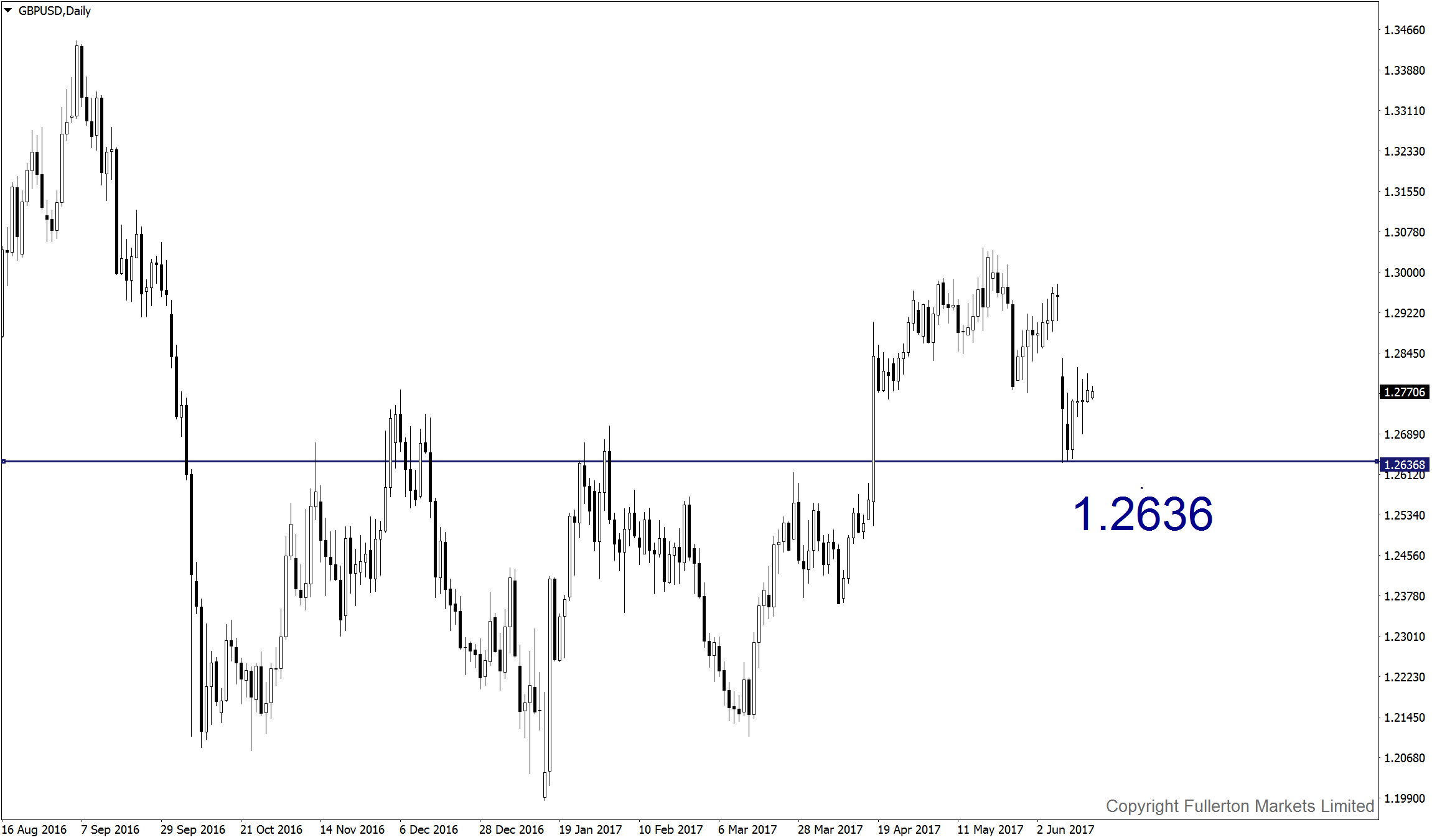 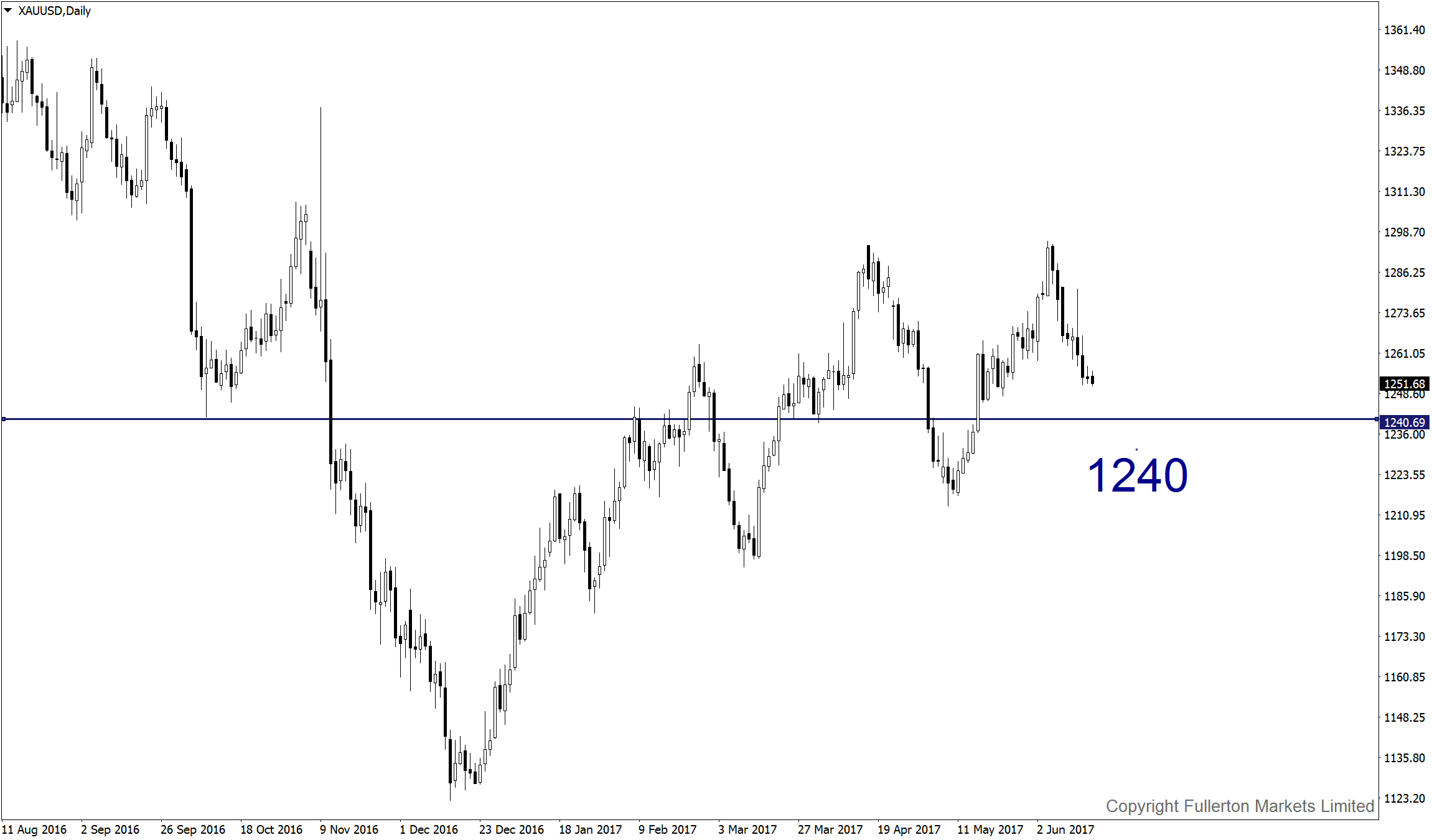 We expect figures to remain unchanged at 1.75%.

Trading foreign exchange on margin carries a high level of risk, and may not be suitable for all investors. The high degree of leverage can work against you as well as for you. Before deciding to trade foreign exchange you should carefully consider your investment objectives, level of experience and risk appetite. The possibility exists that you could sustain a loss of some or all of your initial investment and therefore you should not invest money that you cannot afford to lose. You should be aware of all the risks associated with foreign exchange trading, and seek advice from an independent financial advisor.