Zilliqa's recovery seems to have started after securing support at $0.145. The token is trading at $0.178 while bulls battle for gains above $0.20. Short term resistance at $0.18 is delaying price movements but once broken, ZIL will be on the way to higher highs beyond $0.2.

Zilliqa focuses on sustaining the uptrend

The Moving Average Convergence Divergence (MACD) shows that ZIL is in the hands of the bulls. This indicator is used to predict the positions to buy the dip and sell the top. When the MACD line (blue) crosses above the signal line, it implies that the trend is flipping bullish. On the other hand, it would be time to sell if the MACD line crosses beneath the signal line.

Meanwhile, the MACD is in the positive region in addition to the bullish divergence. A break past the immediate resistance at $0.18 would trigger many buy orders as investors speculate upsurge beyond $0.2. 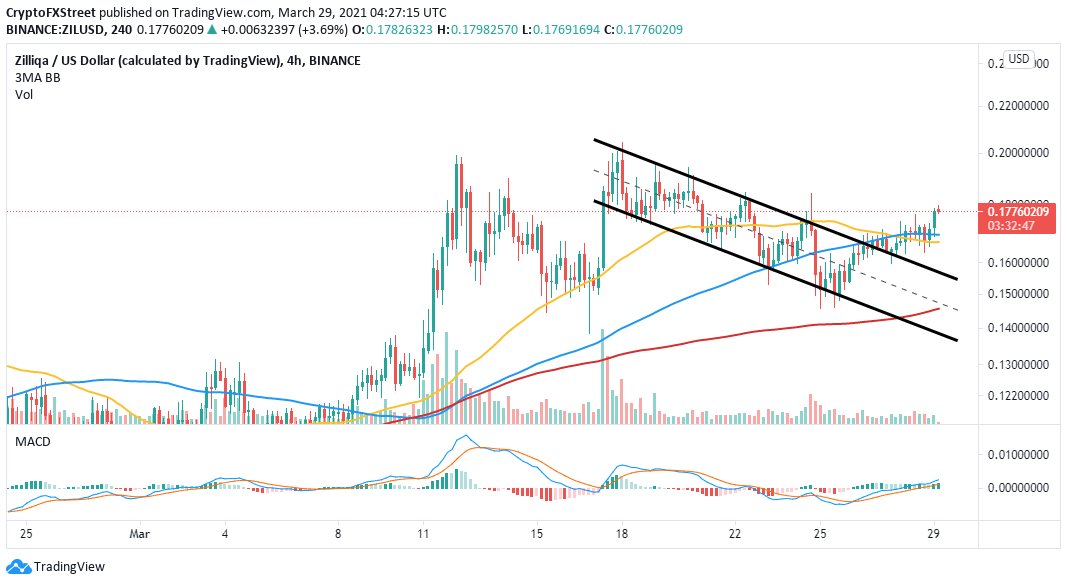 A correction will come into play if the resistance at $0.18 remains unshaken. Tentative support is expected at the 100 Simple Moving Average (SMA) on the 4-hour chart and the 100 50 SMA. However, if push comes to shove, ZIL will seek support within the descending parallel channel or the primary anchor at $0.145.