Zilliqa price has rallied 10,000% since March 2000 in a staircase shape to the most recent high at $0.211. Each leg higher has been followed by a 53% decline on average, of which the last two found support at the 10-week simple moving average (SMA). With the RSI carving out a head-and-shoulders top and historical precedent in favor of continuing this decline, ZIL could fall another 35% from current levels.

In December 2020, ZIL broke out from a bullish head-and-shoulders bottom, and it has held the 10-week SMA the entire rally. Volume has not been complimentary, excluding the first couple of weeks following the breakout; volume has been at or below average. Not what traders want to see at new rally highs.

Technical patterns can form on indicators as well as price, with the RSI shaping a bearish head-and-shoulders top in the weekly chart. A break below the neckline will likely proceed price, alerting traders to flip to the short side. 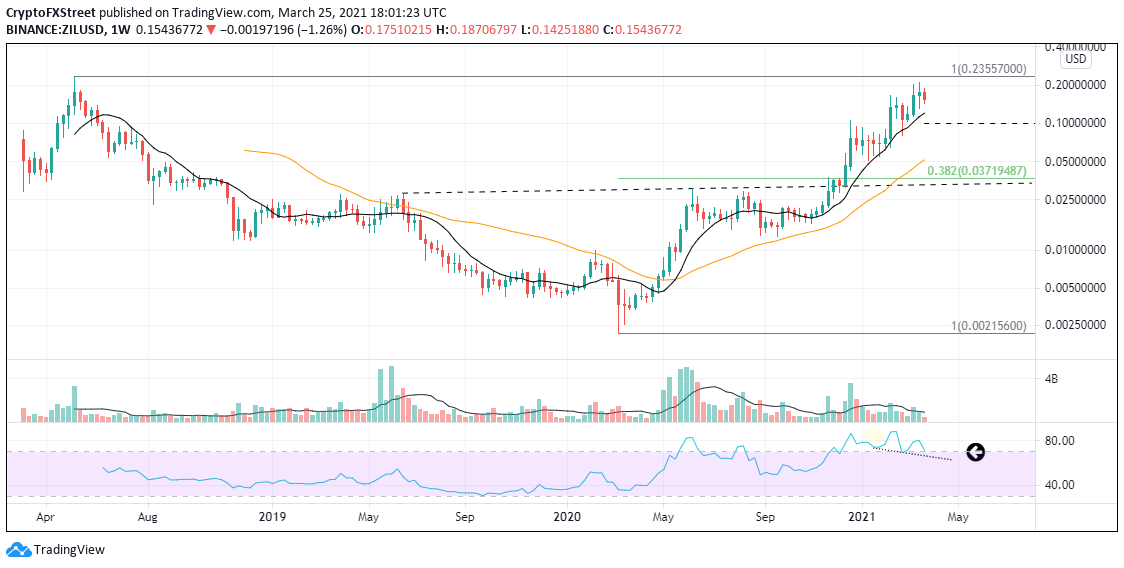 Considering the overbought condition on the RSI, the best that bulls can hope for in the short-term is a test of this week’s high at $0.187.