XLM price saw a 160% upswing between late January and mid-February to hit a new all-time high at $0.60. However, since hitting the record level, Stellar has slipped into a consolidation phase.

Depending on its close relative to a bullish pennant pattern drawn in the six-hour chart, XLM could either surge massively or drop to an immediate support barrier.

XLM price shows a bullish bias due to the formation of a bullish pennant pattern. The 160% surge between January 28 and February 13 formed the “flag pole,” while the consolidation since then resulted in the “pennant.”

This continuation pattern forecasts a 60% upswing to $0.82, determined by measuring the flag pole’s length and adding to the breakout at $0.51.

Therefore, a six-hour candlestick close above $0.51 is imperative. 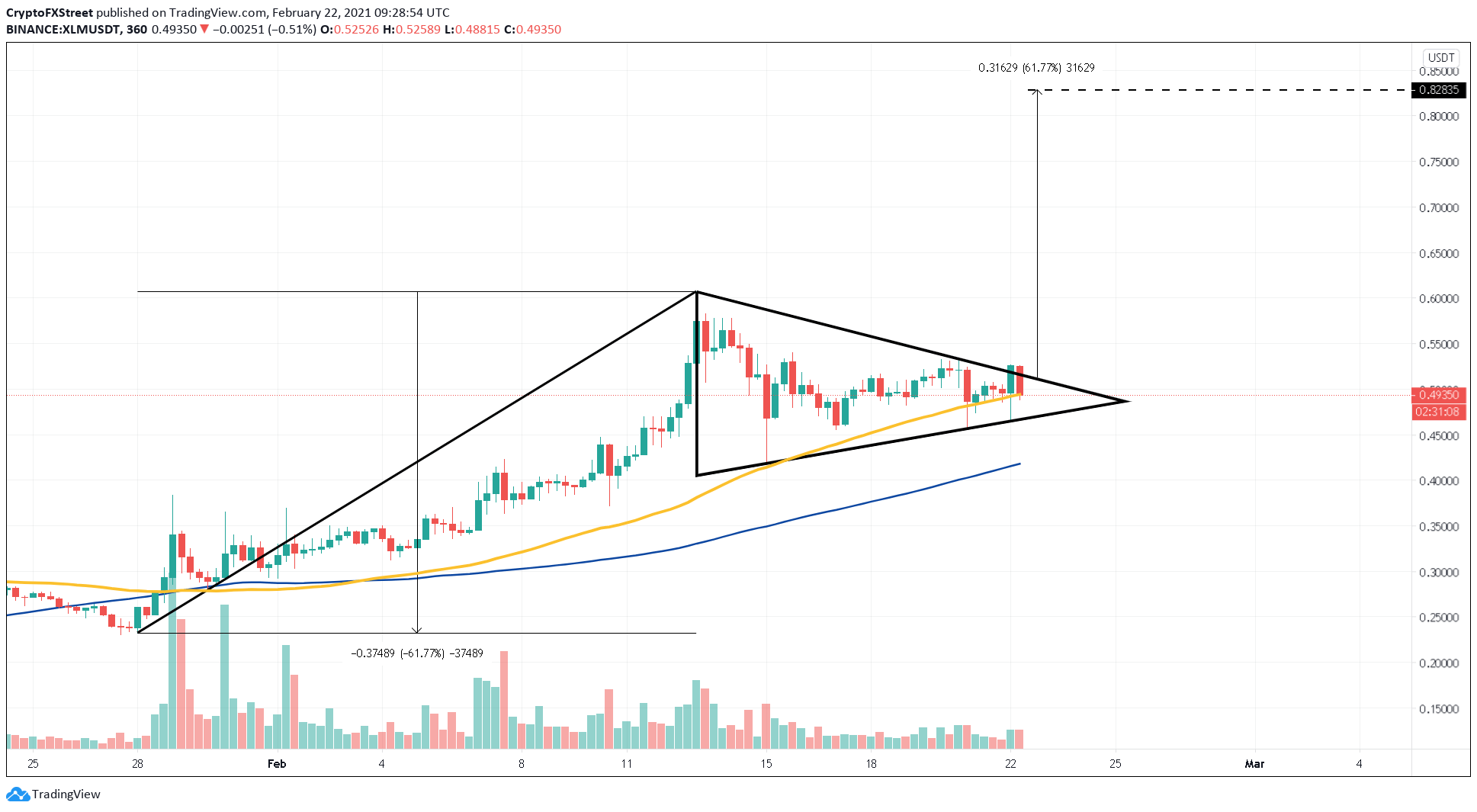 Adding credence to this bullish outlook is the increase in developer activity metric. This metric shows a 45% increase in the last six days while the price has remained relatively the same, suggesting that it might not be priced-in.

Usually, investors perceive a spike in this metric as bullish as it could mean a new update or developmental rollout for the project.

On the other hand, a breakdown of Stellar price below the six-hour 50 moving average (MA) at $0.49 would be the first indication of mounting selling pressure. Moreover, a six-hour candlestick close below the pennant at $0.46 would invalidate the bullish outlook and suggest the dawn of a downtrend.

This resulting selling pressure would trigger a 10% correction up to the 100 six-hour MA at $0.41.

Solana is seeing some buying resurgence on Saturday, as it reverses Friday’s temporary drop to near the $127.50 region. Solana price is teasing a falling wedge breakout on the daily chart. SOL bulls need to find acceptance above $148 to initiate a fresh upswing.