Shiba Inu (SHIB) price action has been forming a pennant since September 24, and it looks ready for a break to the upside with bulls defending the black ascending trend line in the pennant. On the upside, bulls face some resistance around $0.00000760. In case the bull run can gain momentum, expect a further breakout toward $0.00000800.

Shiba Inu price action is in a pennant that looks ripe for the breakout. The breakout seems to bear some low-hanging fruit for the bulls as they will quickly face quite some resistance around $0.00000760. In that area, the monthly Pivot is hovering together with quite a few longer-term and short-term ascending trend lines. Add the 55-day Simple Moving Average (SMA), and you have an extensive belt of resistances piled up near one another that will be difficult for bulls to make a breakthrough on the first attempt.

SHIB price does not look to form a bull trap as the black ascending trend line shows bulls are building up proper momentum, with three stopped attacks from bears to the downside. Add the shift in risk sentiment today as the dust settles after the market correction on Tuesday. 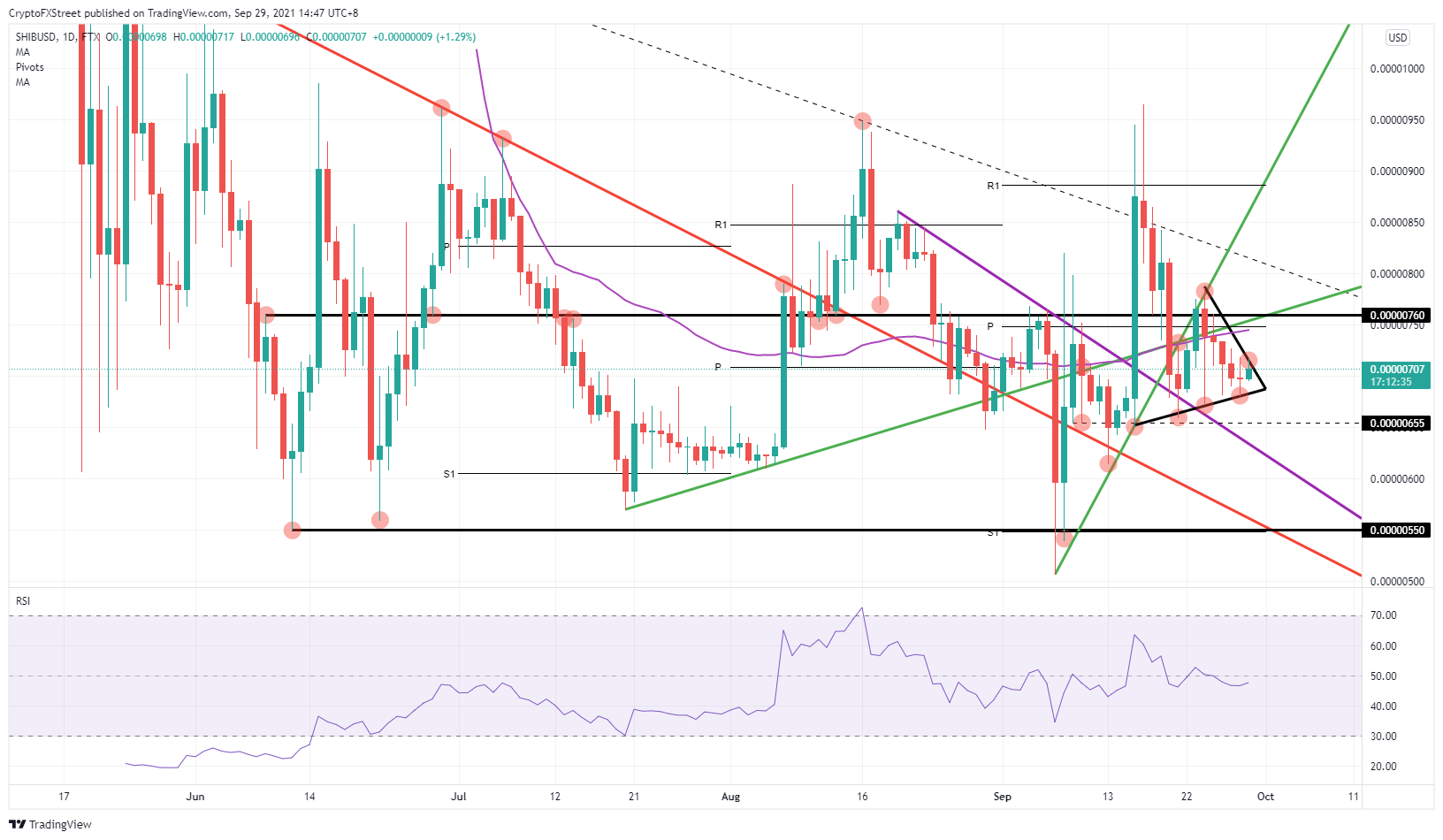 Expect Shiba Inu bulls to look for the fourth test on that black ascending trend line, so that bulls can let the squeeze do the work for them. Momentum will start to build up, and a second attempt on  $0.00000760 will do the trick. To the upside, expect the next port of call to be $ $0.00000800. Further up, the monthly R1 resistance level at $0.00000886 would be the ultimate profit level for the bull run and a definite break of the current downtrend.

Should markets roll over again today and if more headwinds pop up toward October 18, if the US defaults on its debt, expect a massive correction by then in cryptocurrencies. That event could bring back $0.00000550 quite quickly.