Shiba Inu price rose 54% from September 13 to September 17 but failed to sustain the uptrend. This inability of the buyers led to an eventual retracement to the $0.00000654 support level. Now, SHIB is bouncing off this platform, anticipating a retest of the immediate ceiling at $0.00000768. If the buyers manage to slice through this blockade, there is a high chance Shiba Inu could tag $0.00000835. This move would constitute a 20% ascent.

In a bullish scenario, the run-up could extend to the trading range’s midpoint at $0.00000882. SHIB bulls have failed to crack this barrier and have been rejected not once but six times over the past 105 days. Therefore, this ceiling will prove to be a formidable resistance barrier. 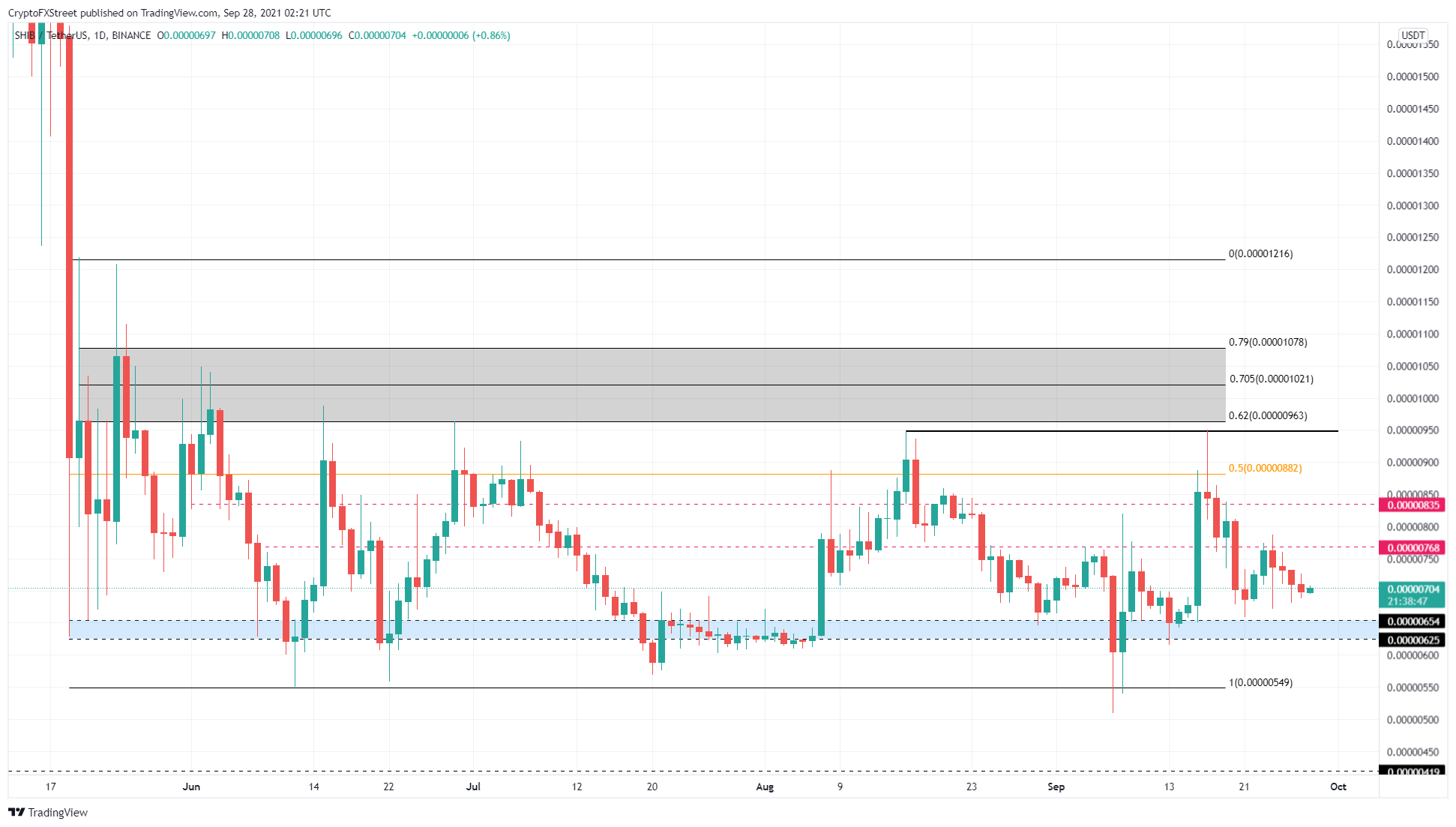