Litecoin (LTC) price action has breached the significant $104.17 supportive level that has been key in preventing LTC price action from making further lows. The break may be temporary, however, as investors take a positive view of remarks on the matter that Russia will keep delivering oil and gas, and that Russian separatists in Ukraine said they do not need any military aid from Russia. With many losses paired back, the scale looks to be tipping into profit if LTC price action can maintain the recovery. Expect either a bounce off $97 or $94 – or a sudden pop back up to $120.00.

LTC bulls could squeeze out gains in these turbulent markets

Litecoin price action saw a sharp decline on Monday and slipped below $103.39, putting price action in the danger zone and at risk of slipping below $100. So far that has not happened yet as investors have rushed in to buy the dip in LTC. With that move, bears are starting to book gains and get out as some positive sparks emerge in the markets.

Positive reports, such as the fact that the gas supply out of Russia continues to flow and that talks are still ongoing, suggest this need not escalate into a full-scale war. On that hope, markets are making a turnaround, and Litecoin is back up near $104, ready to pop back above that $104.17 level and see a further uplift intraday. Expect to see  a rally even if equity markets tie up with green numbers – in such a scenario LTC price could hit $120 by today. 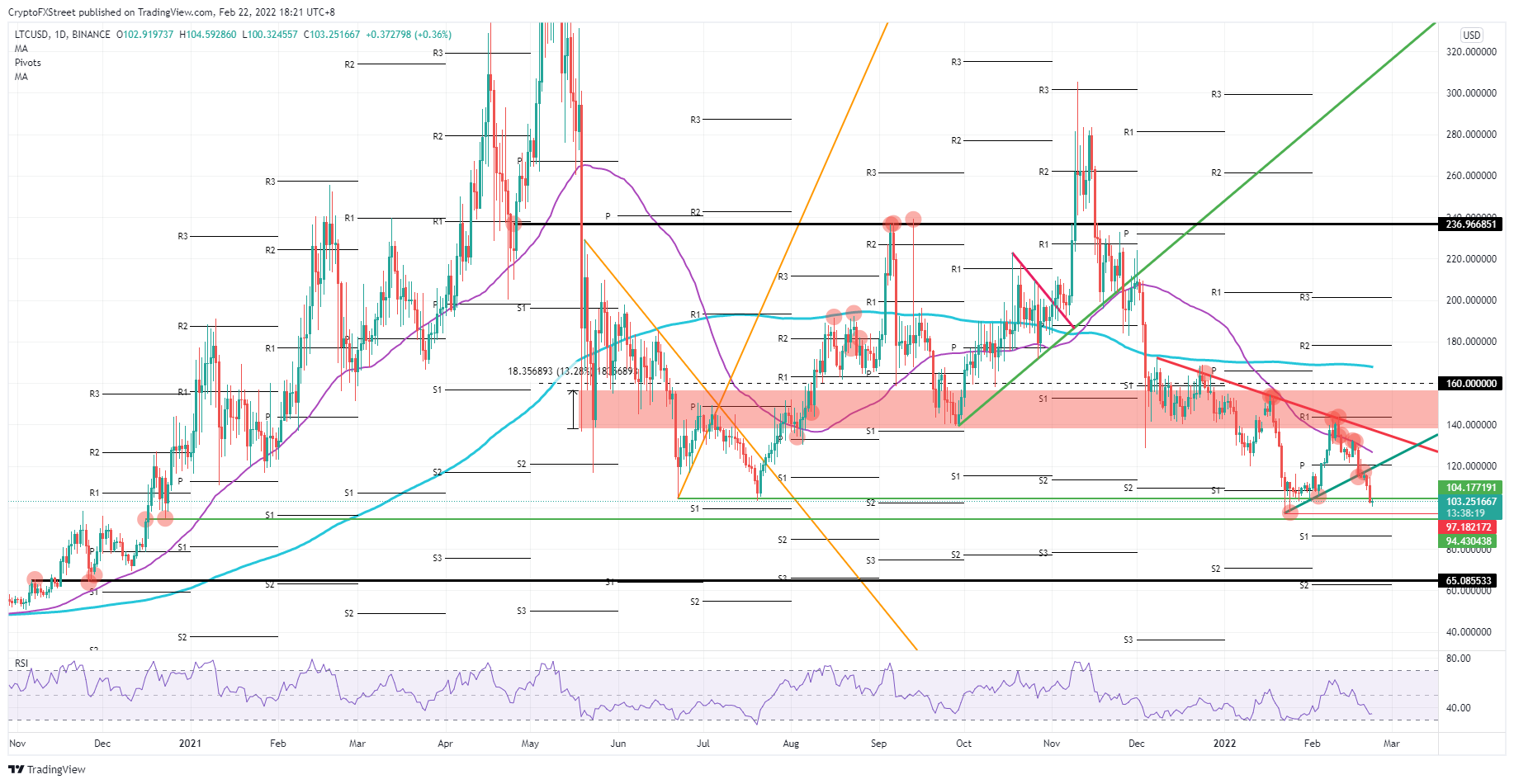 Market optimism could be short-lived, however, if Putin signs a decree that Russian troops can take control of the region, for example, which would spark more retaliation from the West. This would see a sharp fall-back to the intraday lows and even a break towards $94.43 after taking out the year's low at $97.18. Should the situation sharply deteriorate further, expect to see $65.08 in a sharp nosedive as violence escalates, and army troops engage in battle.