Litecoin price had a significant 7% surge in the past several hours thanks to Bitcoin’s new all-time high at $45,000 after Tesla announced the purchase of $1.5 billion worth of Bitcoin and potentially other digital assets in the future.

Litecoin price can jump to $200 if this level drops

On the 12-hour chart, Litecoin has established a descending triangle pattern with a resistance level located at $160. Breaking above this point will drive Litecoin price above $200 to a price target of around $208. 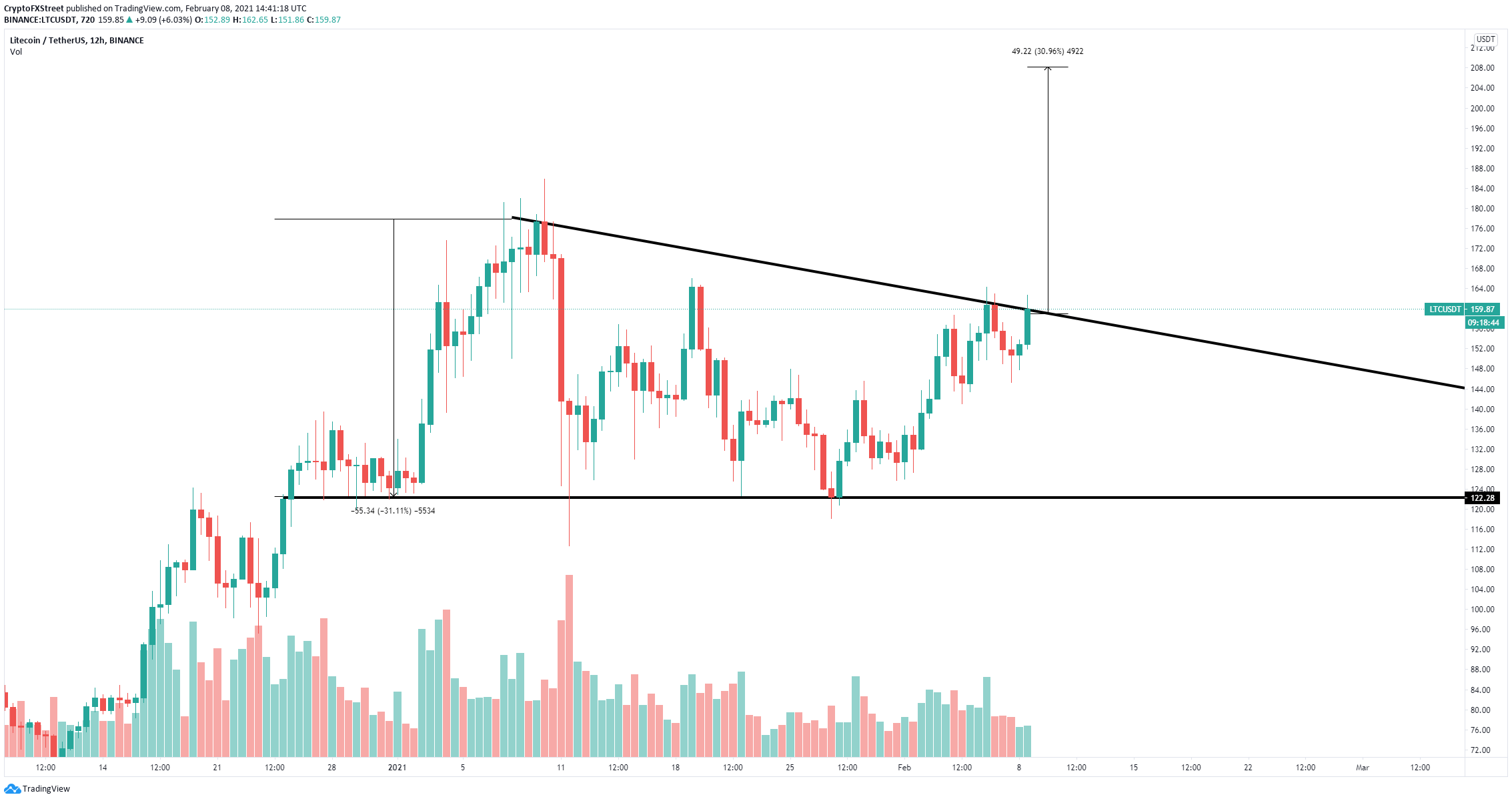 The In/Out of the Money Around Price (IOMAP) chart shows that bulls have far better odds than bears as the resistance above is extremely weak while there is a lot of support on the way down.

The IOMAP model indicates that the strongest resistance area is located between $170 and $174 which means that LTC should spike to $200 if this range is broken. 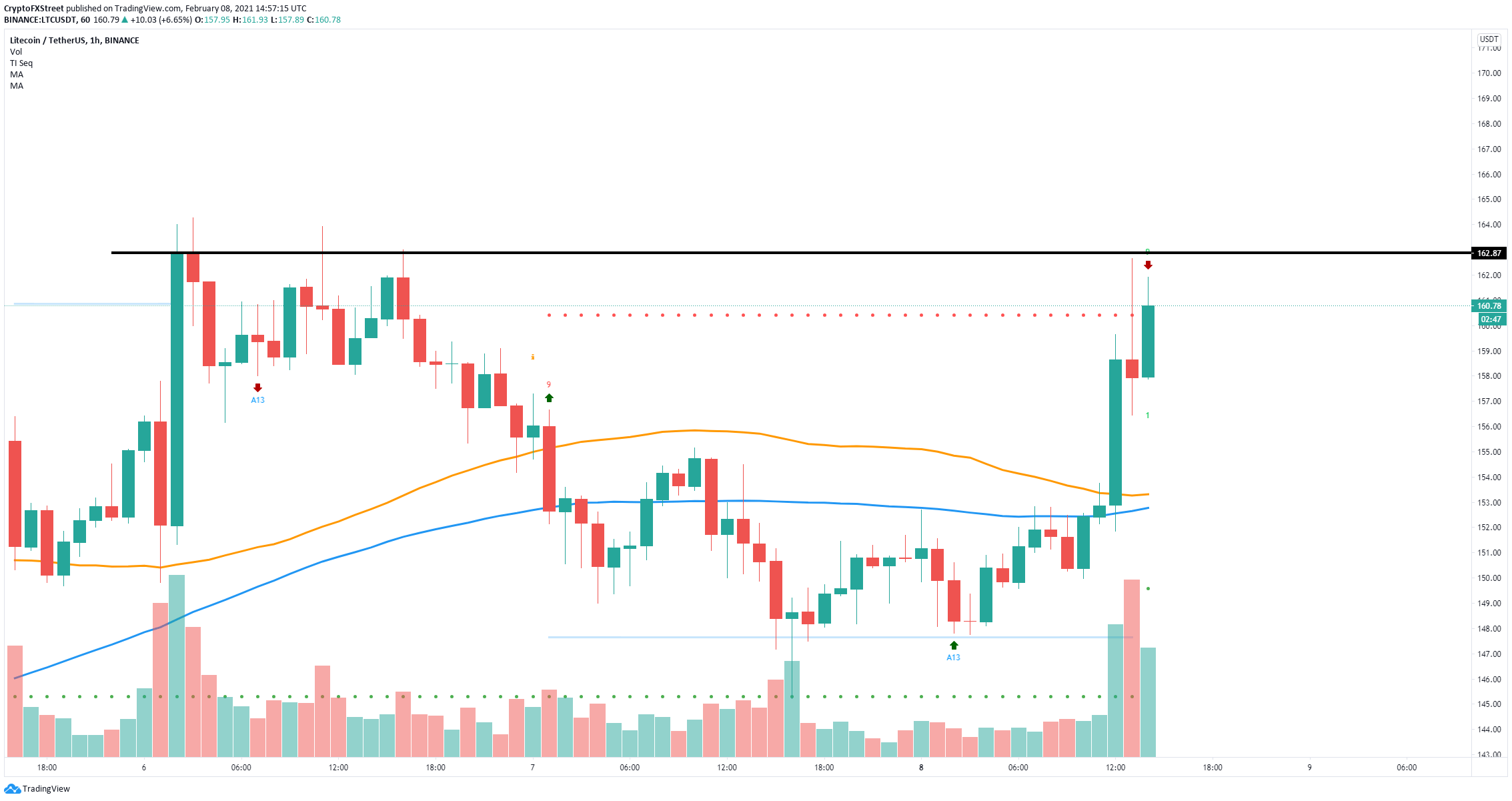 On the 1-hour chart, the TD Sequential indicator has presented a sell signal right at the top of another significant resistance level at $163. Validation of this call could push Litecoin price down towards $153 where both the 50-SMA and the 100-SMA converge.