Litecoin (LTC) price action jumped this Monday morning despite worries out of China after news COVID-19contaminations suddenly jumped to a three-month high. This might indicate a market dislocation is unfolding in which cryptocurrencies rally in a risk-off environment. Traders will keep two things in mind while trading this rally: its limited upside potential and that Putin has called together his security council to discuss next steps, with risks that this could lead to nuclear weapons being deployed.

Litecoin price action has seen traders shrug off the strong job report from Friday and still post gains, while equities in Asia and Europe are trading lower. With the Asia session close, European markets are recovering a bit and could see Litecoin price action enjoy a bit of tailwind to trade higher. Traders, however, will be following any social media and news sources for possible comments from Putin after his security council has convened and decided which steps to take in retaliation for the bombing of the bridge between Crimea and Russia.

LTC price thus could move higher, but probably only to a maximum of $56, the level where the 55-day Simple Moving Average (SMA) is currently residing. That cap has held quite some importance in September and is likely to maintain its reputation as a price cap. Seeing the current narrative and tail risks, it would make sense that any up moves will be quickly met with heavy selling that could push price action back against the green ascending trend line near $52.50. 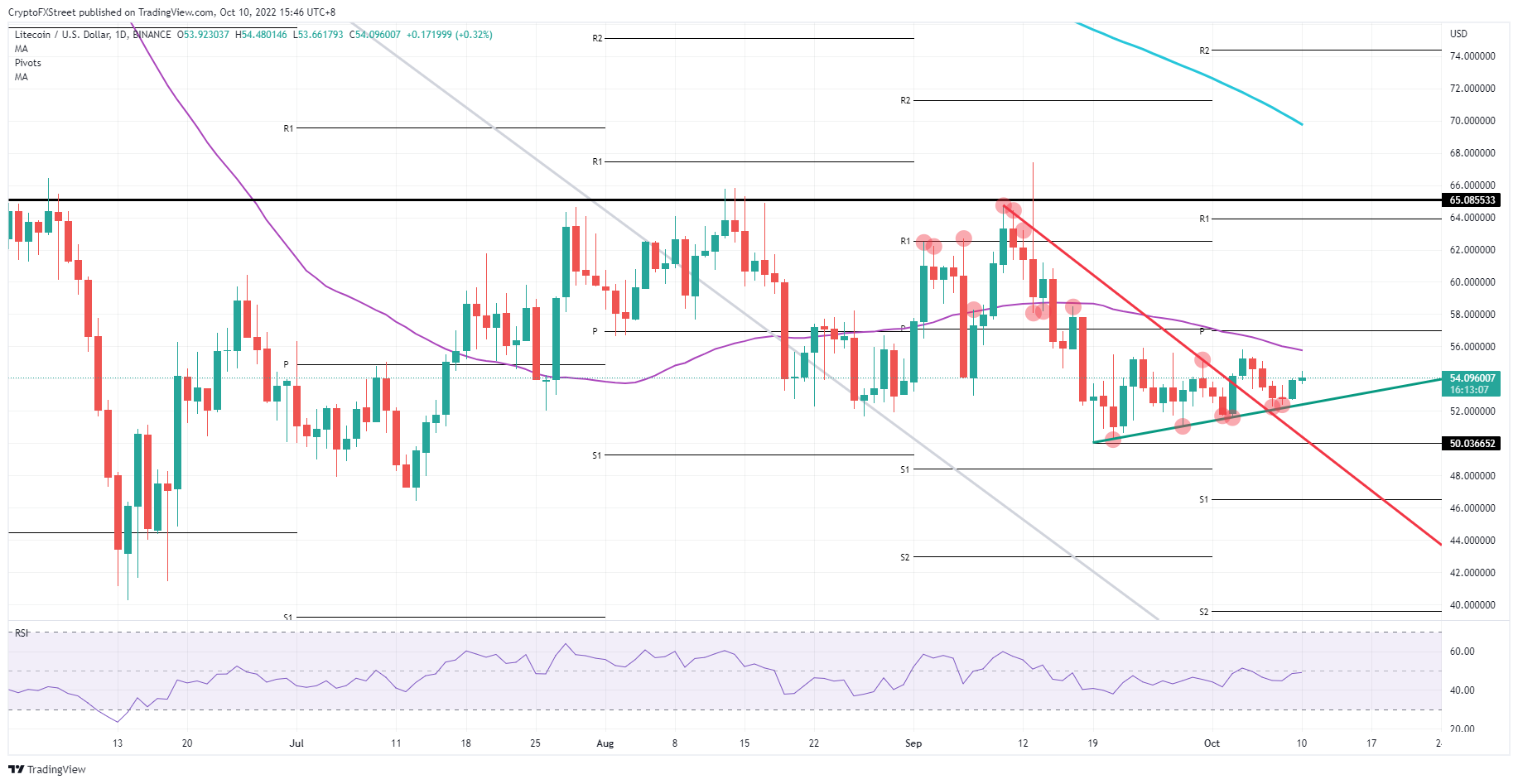 Should LTC price break above the 55-day SMA, another price cap is presented just a few cents above in the form of the monthly pivot, which could  offer an entry point for bears at $57. Should there be a breakthrough expect a repricing to $65 with the monthly R1 at $64 as the profit-taking level. That would mean roughly 20% of gains are up for grabs.