Ethereum flippening Bitcoin is a narrative in which ETH’s market capitalization exceeds that of BTC. This narrative gathered steam when Ethereum’s dominance over the crypto market climbed and gained popularity after transitioning from a proof-of-work consensus mechanism to proof-of-stake.

Ethereum, the second-largest cryptocurrency by market capitalization witnessed a massive breakout earlier this month. ETH yielded 24% gains for holders over the past week and the altcoin recouped its losses from earlier this cycle, in the bear market.

Ethereum price climbed above the critical level of $1,400 and sustained its uptrend, hitting a monthly high of $1,645 on October 29. The altcoin’s rally has been attributed to its rising dominance, bullish sentiment among ETH holders, and deflationary nature.

Based on data from crypto intelligence tracker Santiment, Ethereum’s price dominance over Bitcoin and most cryptocurrencies continued throughout October. Though the altcoin’s dominance is now drawing a close, it stands at 18.3%. When Ethereum price broke past the $1,400 level, many new ETH addresses were created.

A spike in address activity is a driver of an asset’s price rally. Therefore, analysts at Santiment argue that a revival of Ethereum’s address activity could fuel a confident rally in the altcoin. 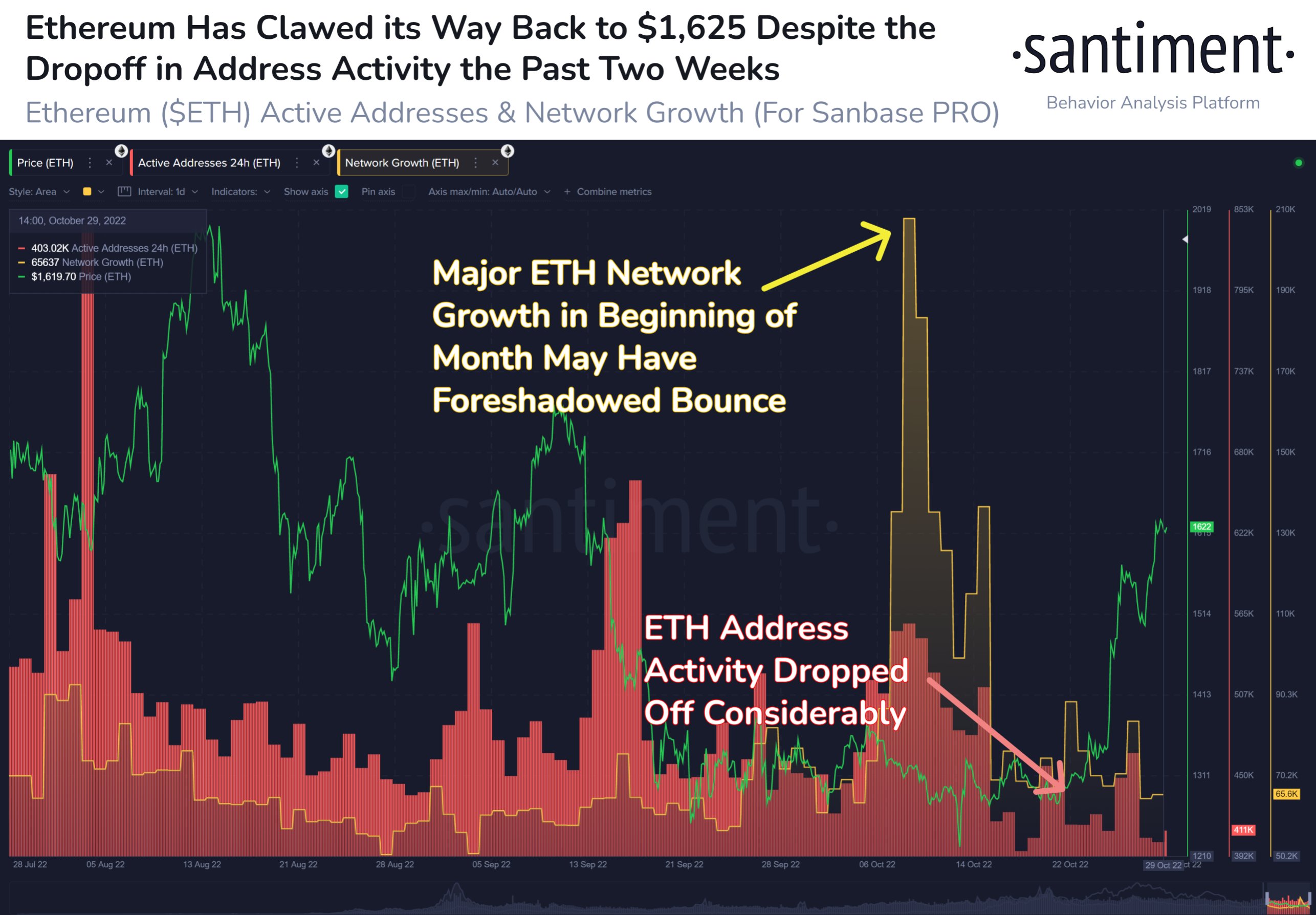 @Pentosh1, crypto analyst and trader evaluated the ETH/USDT price chart and identified new ranges. Ethereum price flipped resistance to support, therefore $1,516 is now the range low, $1,650 is mid and the $1,783 level is the new range high for the altcoin. 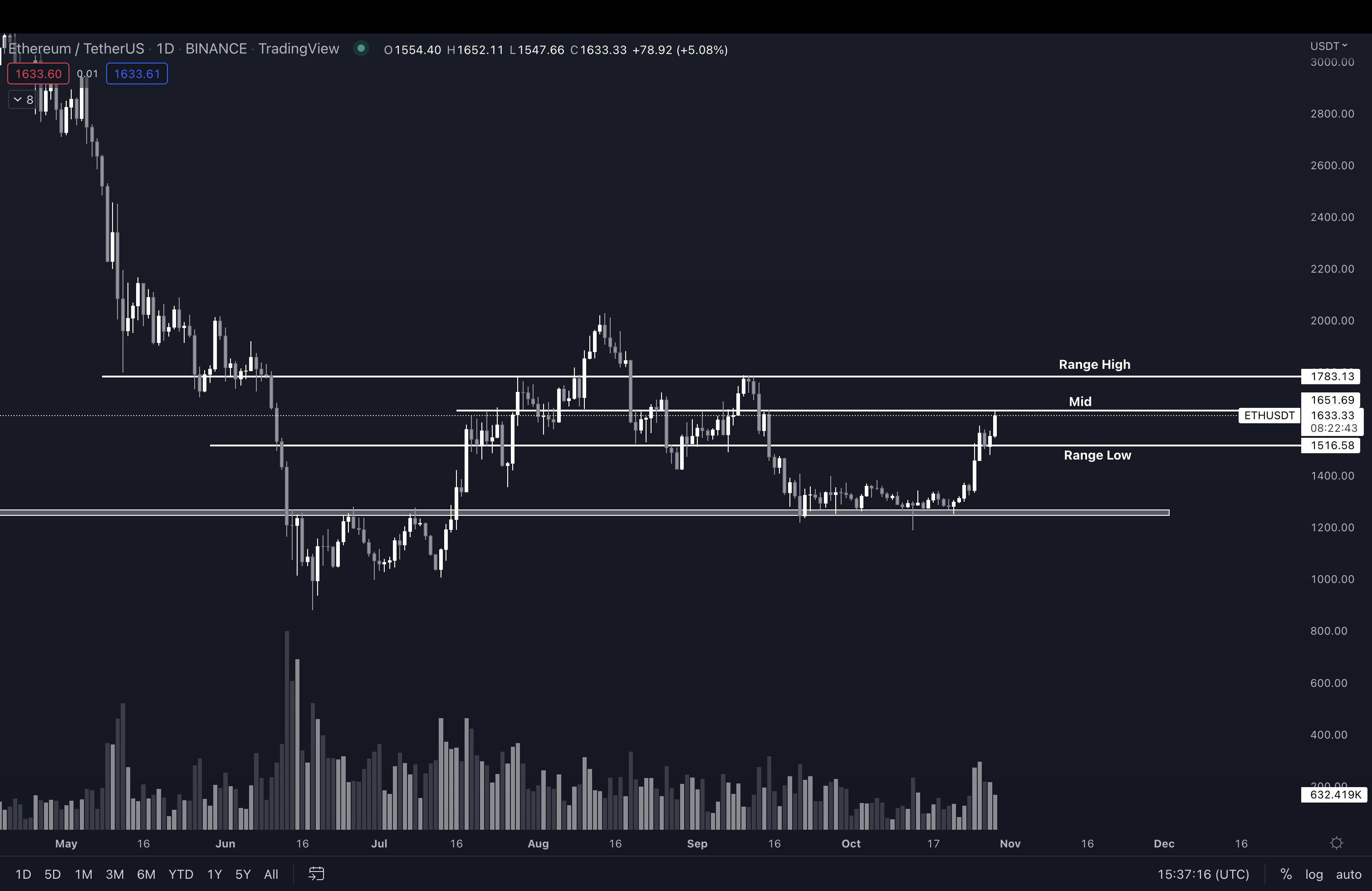 A breakout past the range high, followed by confirmation of the uptrend, could signal a continuation of the altcoin’s climb. SmartContracter, a pseudonymous analyst on Twitter remains bullish on Ethereum price rally to the $10,000 level, a long-term bullish target.

Eventually Ethereum will give us that run to $10k everyone was talking about last year.

The hard part is surviving long enough to see it happen.$ETH