Shiba Inu burn data portal revealed a jump in the burn rate of the meme coin. Several bullish triggers have pushed Shiba Inu price higher, the meme coin is following in the footsteps of rival Dogecoin.

Shibburn, the portal that records detailed statistics of Shiba Inu burned revealed a massive spike in the burn rate. Shiba Inu’s burn rate climbed 443% overnight, with a burn of 14,089,818 SHIB tokens over the past 24 hours. Since the beginning of Shiba Inu’s burn implementation, upwards of 410 trillion SHIB were burnt. 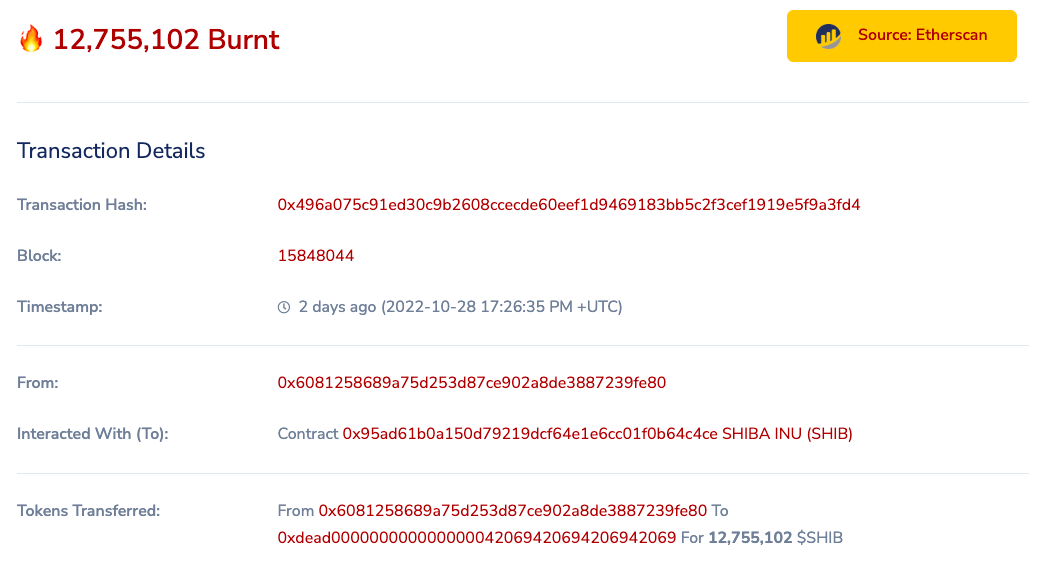 Shiba Inu burnt in a transaction

Based on data from a crypto intelligence platform IntoTheBlock, Shiba Inu has witnessed its highest percentage of long-term holders, setting a new milestone. The rate of traders “holding” Shiba Inu in the long term has climbed to 42%, a new all-time high.

Moreover, there is a spike in large volume transactions worth $100,000 or more. $466.79 million worth of Shiba Inu has been moved around by whales, and large-wallet investors, indicating a rise in on-chain activity.

IntoTheBlock suggests that the sentiment among Shiba Inu holders is mostly bullish.

Crypto Faibik, a crypto trader and analyst evaluated the SHIB/USDT price chart and argued that a descending channel upside breakout is confirmed. There is bullish solid volume to back up the breakout in Shiba Inu, therefore Faibik expects the meme coin to rally like Dogecoin.