Group chatting platform Discord has halted its plans to develop the option to integrate cryptocurrencies on its platform as it shifts its focus toward protecting users from fraudulent activities. Discord CEO Jason Citron previously hinted at adding crypto wallet MetaMask on the platform.

Earlier this week, Citron shared an image of a new feature that he had planned to add to the platform. The idea was to allow users to connect to MetaMask and WalletConnect.

The plan was teased to the community following the firm’s survey sent out to users regarding non-fungible tokens (NFTs) to gauge their thoughts on the new idea.

The Discord CEO recently announced that the firm does not plan to execute the internal plan of adding Ethereum on the platform.

However, astonishingly, critics were quick to criticize Discord for adopting technology that could warrant scams and harm the environment. Users also pointed out that various NFT creators have been known for stealing art from creators.

Backlash on the idea of integrating Ethereum increased, as discontented users began discussing canceling their Nitro subscriptions on the platform.

In response to the comments from users, Citron stated that Discord has no plans to go through with the internal concept of integrating cryptocurrency on the platform. For now, the firm is focused on protecting users from spam, scams and fraud. He acknowledged that Web3 has a lot of benefits, but there are a lot of issues the company needs to address prior to scaling the platform.

Citron’s tweet indicates that integrating cryptocurrencies could still be an option in the future.

Ethereum price prepares for rally toward $6,400

Ethereum price is heading toward $6,400 as it continues to record higher highs and higher lows. ETH has formed a cup-and-handle pattern on the daily chart, suggesting a bullish 59% move toward the upside from the topside trend line of the pattern.

The optimistic target presented by the governing technical pattern is at $6,369, but Ethereum price would be confronted by multiple hurdles. The first obstacle for ETH is at the breakout line given by the Momentum Reversal Indicator (MRI) at $4,890, then at the 127.2% Fibonacci extension level at $5,731. 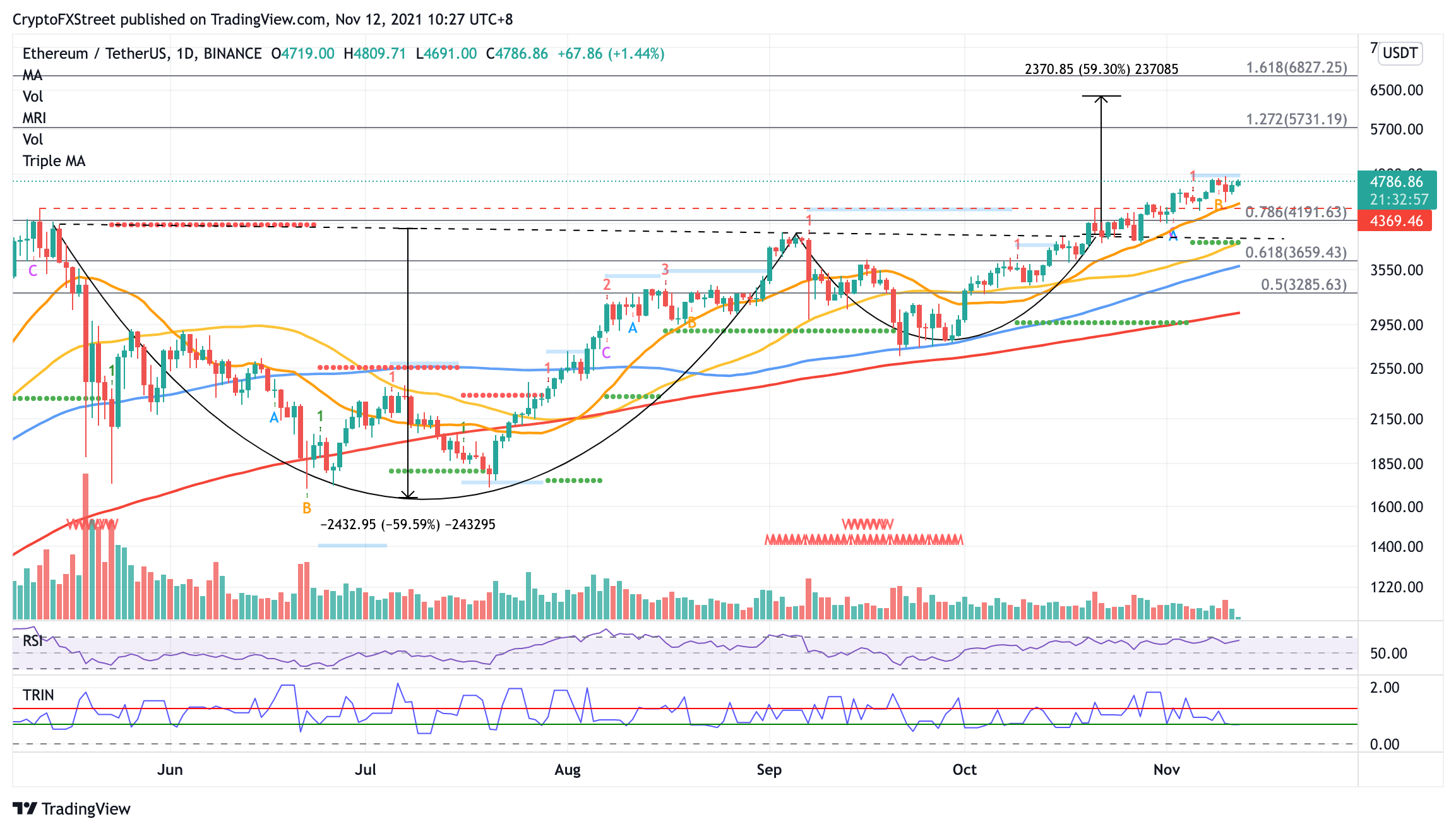