Chainlink (LINK) price has been range-trading for the past couple of sessions between $25 and $30. This comes after bulls picked up some Chainlink coins when bears tried to push price action back below the red descending trend line in the chart below. As this failed, bulls were able to restore LINK price above $25 and, showing now more signs of an upwards breakout towards $38.40.

Chainlink price has been using $25 as a pivot of support ever since bulls could reclaim the level around August 12. It even briefly turned into resistance after the clear break below at the end of September. Bulls quickly rushed in on October 12 as a potential move below the red descending trend line looked imminent, which would have spelled more downside to come.

LINK price has been trading back above $25 since then, stuck inside a bandwidth. An exciting element to see is that both the 55-day and the 200-day Simple Moving Average (SMA) are trading sideways as well, near each other. Any bullish uptick would make the 55-day SMA cross the 200-day SMA to the upside and form a golden cross pattern, which would attract more buyers to the scene. 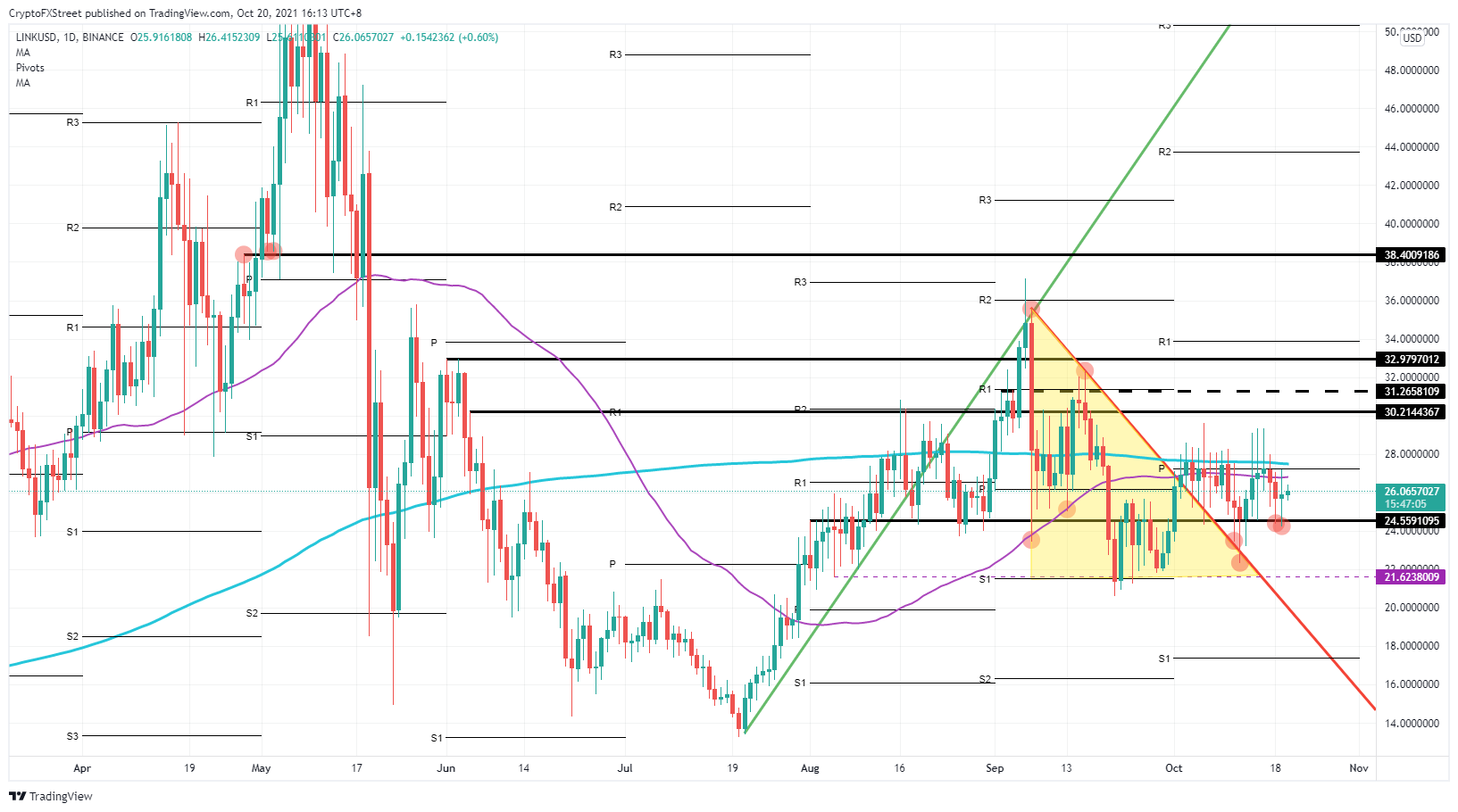 LINK price should see more buy-volume coming, which would be enough to break above $30 and hit $33. Expect first a rejection and pushback towards $30 and a test of support. Around there, buyers will probably want to step in again as clearly LINK price will have chosen the bullish side. With this second wave of fresh buyers coming in, the $33 level would be breached, paving the way towards $38.40.

Should market sentiment roll over and riskier assets get chopped, expect bears to easily break back below $25 and target the monthly S1 support level near $18. This would almost be a repetition of what Chainlink price has done on October 12, with a break briefly below the red descending trend line.