Chainlink price targets an entry at $29.50 to begin launch towards $38

Chainlink price on the Point and Figure chart below displays clear examples of whipsawing price action and general indecision. First, a triple-top formed at $28.50, followed by a bullish entry alert at $29. However, sellers took control and created a new column of Os (the current O-column). At first glance, it looks like a continuation of indecision – but it is, in fact, a setup for the Bullish Catapult pattern.

A Bullish Catapult pattern forms off of a triple-top and then a following double-top pattern. The Bullish Catapult is so sought after because of the nature in which it traps short sellers. The theory is that the initial spike following the entry is generated mainly by a short squeeze and other trapped shorts. For Chainlink price, the entry is at $29.50. The vertical profit target method in Point and Figure analysis identifies $38 as the target following the breakout. 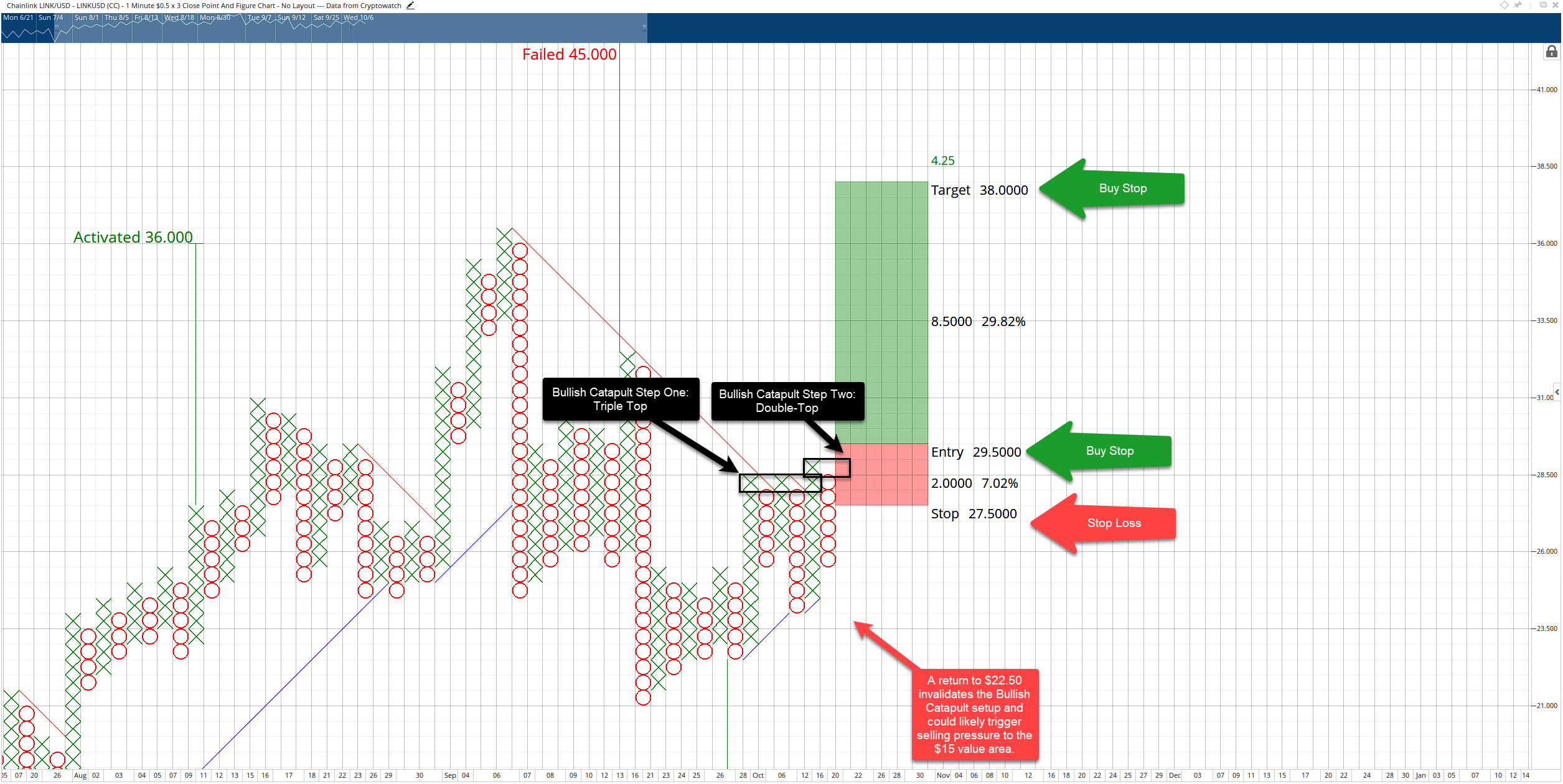 However, the bullish breakout is contingent on how Bitcoin will react to the first trading day of the futures ETF that launched on Tuesday. If buyers can sustain Bitcoin’s price action, then Chainlink will have a high probability of hitting the $38 level. On the other hand, if sellers come in, then Chainlink is under threat of returning to the $15 value area.

If Chainlink price returns to $22.50 or lower, the Bullish Catapult setup is invalidated.