Cardano had an early recovery on November 28 ahead of Bitcoin’s last move toward $20,000. The digital asset is now consolidating and trading sideways as indicators show it is ready for another breakout in the short-term.

Cardano is currently trading at $0.168 after a notable breakout on November 28. The price seems to be contained inside a parallel channel formed on the hourly chart with the upper trendline at $0.173 and the lower boundary at $0.159. 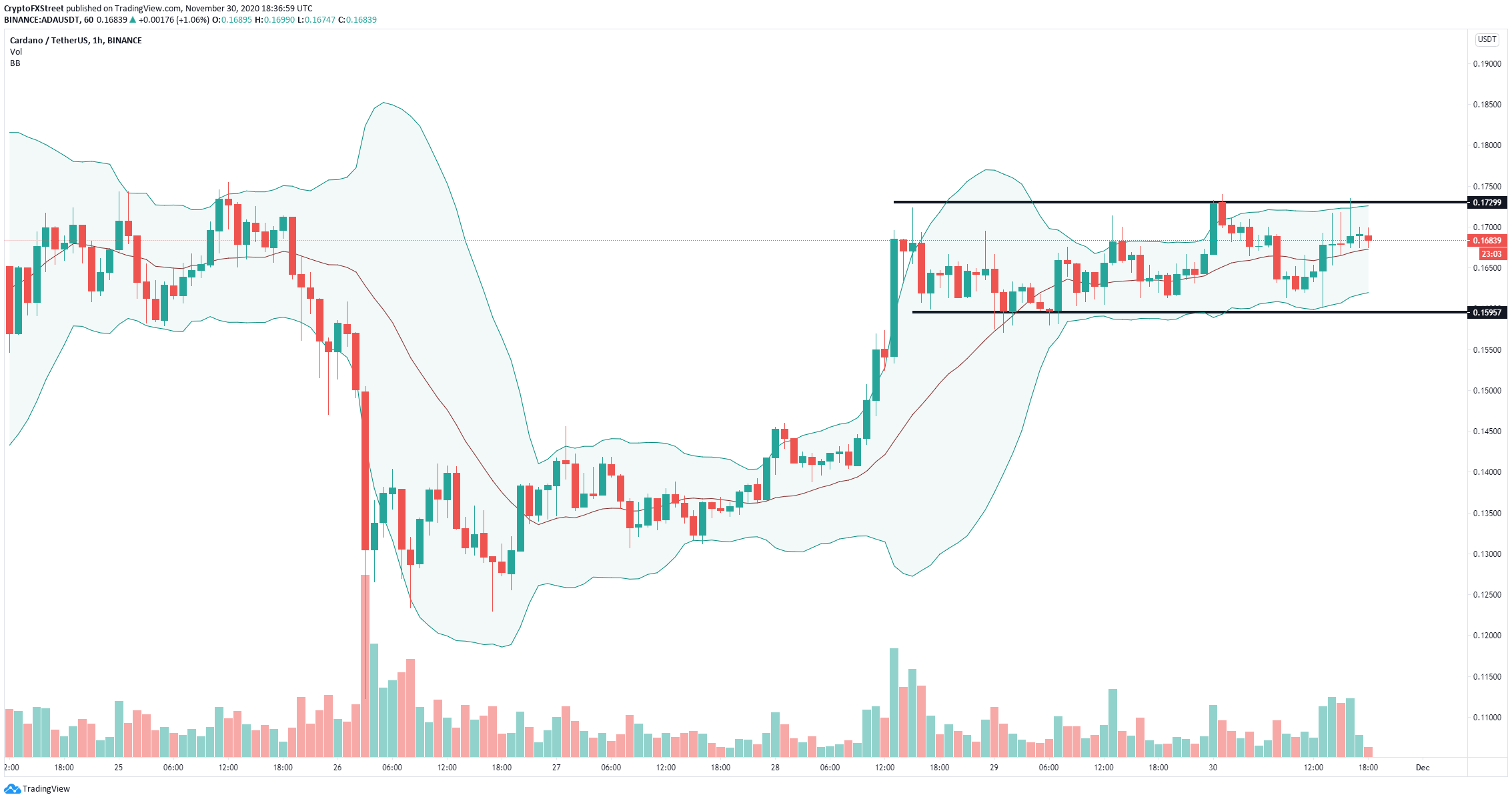 Additionally, the Bollinger Bands have squeezed significantly over the past two days in the hourly chart, and both boundaries coincide with the trendlines of the parallel channel. A breakout above $0.173 could quickly push ADA to $0.18 and $0.20 at the 1.27 Fib level. 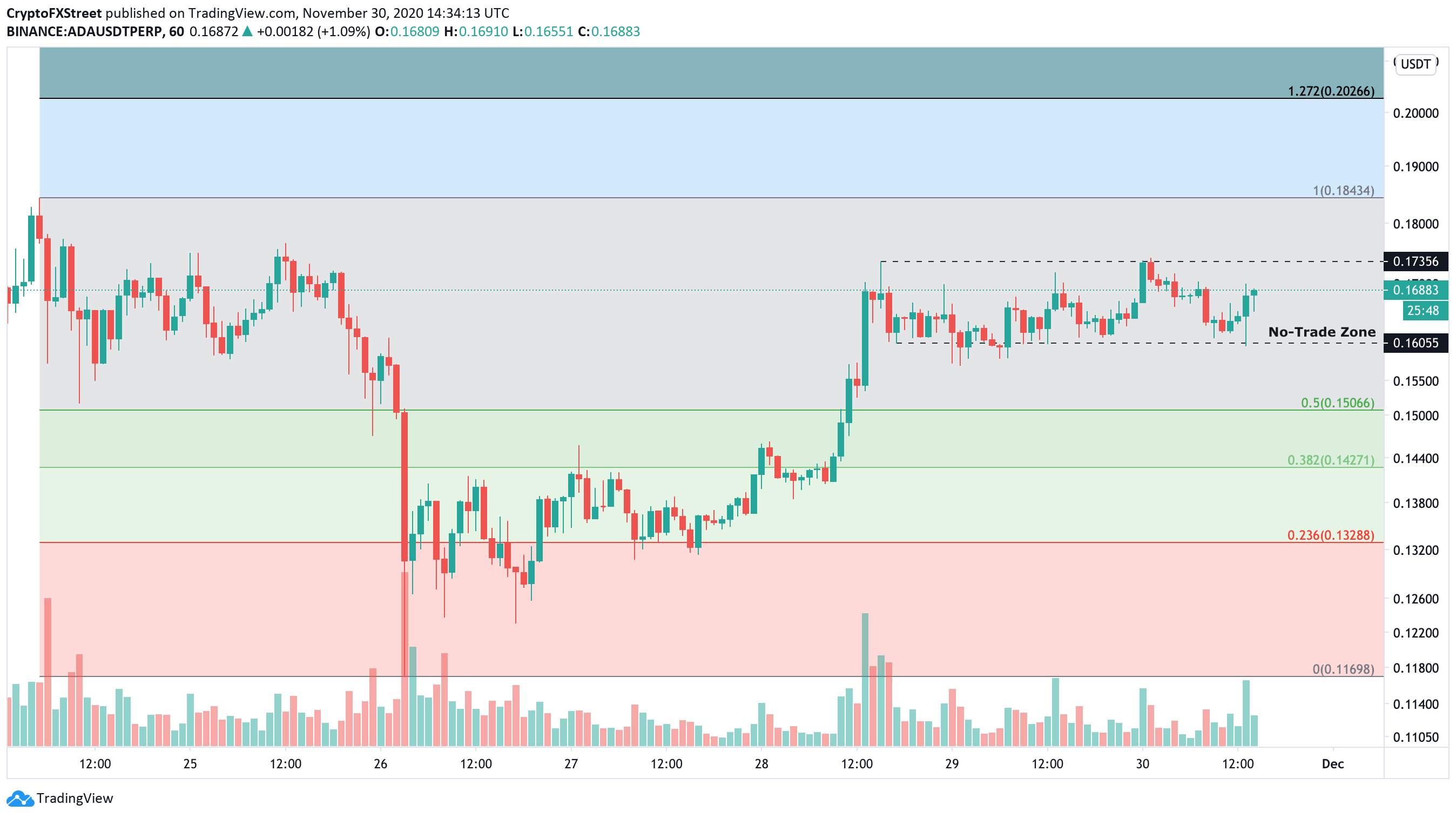