One of the most anticipated upgrades to the Bitcoin network has just been activated. Taproot, the first BTC update in four years, will unlock the potential for smart contracts and expand the leading cryptocurrency’s utility.

The long-awaited Bitcoin upgrade, Taproot, was activated on November 14 at block 709,632. The new update will allow developers to integrate new features enabling improvements of privacy, scalability and security on the BTC network.

90% of miners signaled their support for the upgrade, leading to the upgrade being locked in Q2 this year. The update effectively activated the first major upgrade to the network’s code since Segregated Witness was introduced in 2017. Unlike the 2017 upgrade, which witnessed a controversial ideological divide, Taproot has received near-universal support.

One of the major features of the update is the introduction of Schnorr signatures, allowing more complex transactions on the Bitcoin network to be made. With the new upgrade, transactions from multi-signature wallets would look like any other transaction, enhancing the privacy and security of transactions.

According to Alyse Killeen, the founder and managing partner of Bitcoin-focused venture firm Stillmark, Taproot opens a breadth of opportunities for entrepreneurs interested in expanding the utility of the bellwether cryptocurrency.

The new upgrade also allows for smart contracts to be cheaper and smaller, as they take up less space on the blockchain.

Bitcoin price is aiming for a new all-time high following its retracement that started on November 11. The 100 four-hour Simple Moving Average (SMA) continues to provide support for the flagship cryptocurrency as BTC climbs higher, resuming its rally.

A symmetrical triangle pattern is validated on the 4-hour chart, suggesting a 13% rise towards $71,703 from the upper boundary of the governing technical pattern. While Bitcoin price faced a minor sell-off following its all-time high on November 10, the bullish target remains on the radar.

The immediate resistance for Bitcoin price is at the November 8 high at $66,556. Slicing above this level could see BTC reach for a new record high. 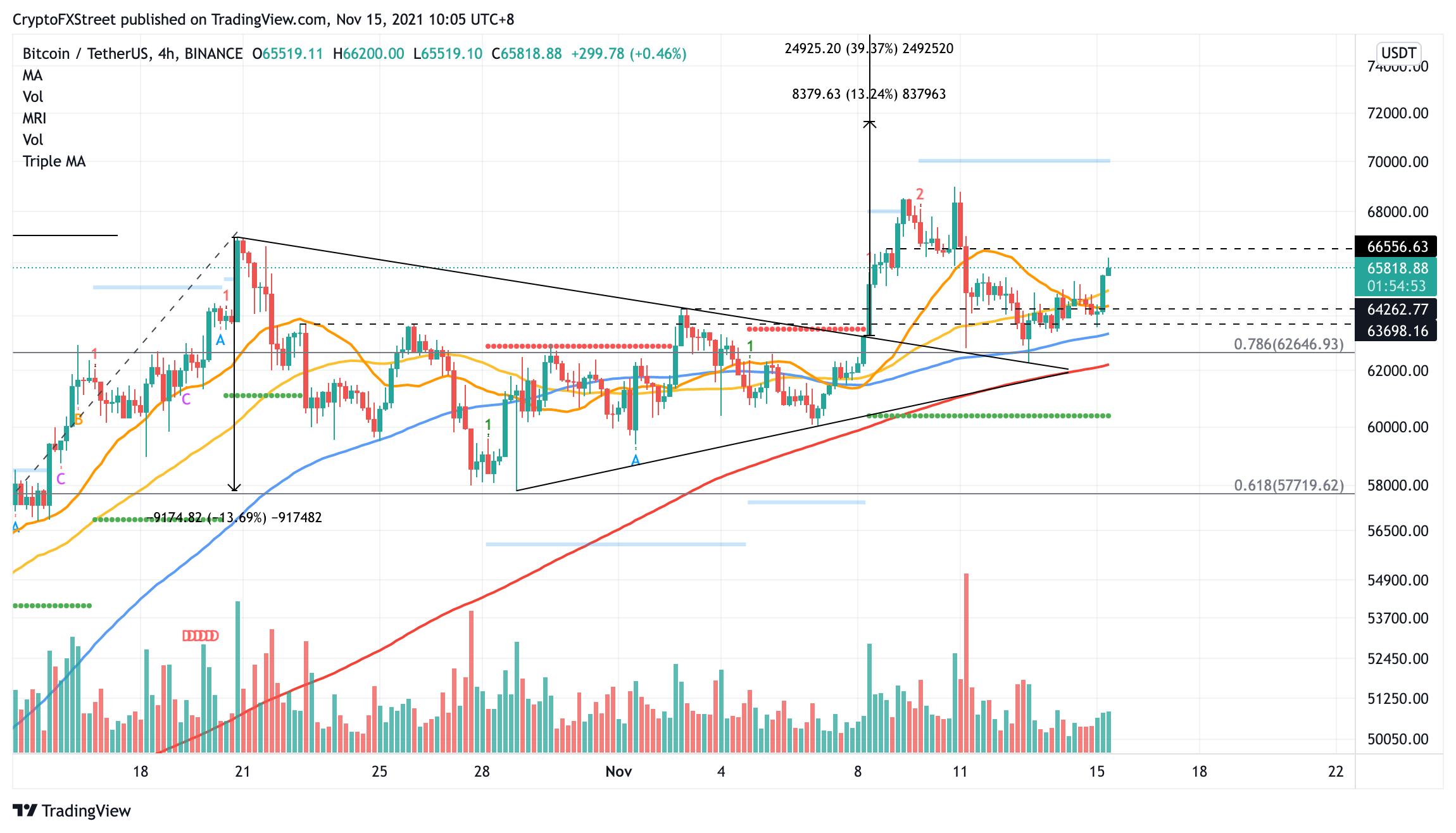