Whatever is depressing US consumers, it isn't keeping them from a trip to the stores and malls.

Retail Sales unexpectedly rose 0.7% in August despite the lowest consumer sentiment reading in a decade and the consensus forecast for an 0.8% decline. 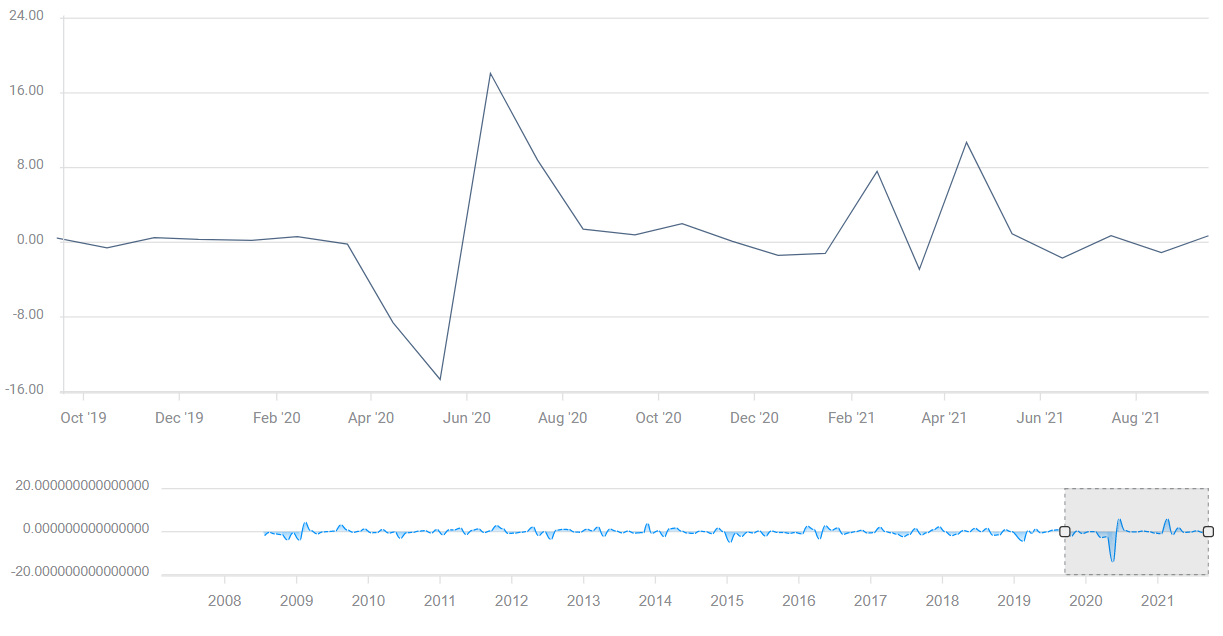 The University of Michigan had previously reported a stunning drop in its Consumer Sentiment Index to 70.3 in August, far below the 81.2 forecast and the lowest score since December 2011. Even in the depths of the lockdowns last spring sentiment had only fallen to 71.8 in April.

Plunging consumer attitudes, combined with the much deeper than forecast drop of 1.1% in July Retail Sales, almost triple the -0.3% estimate, had convinced many analysts that consumption was under threat.

Rising delta variant counts in much of the country, inflation at its highest level in over a decade and a weak payroll report were all reasons behind the collapse in consumer outlook. Supply chain problems which have led to shortages of many goods and higher prices also played a part.

The surprise improvement in sales was assisted by traditional back-to-school shopping, but carried across many categories of goods. The Commerce Department report showed purchases rising 5.3% at non-store retailers, the government's name for on-line shopping. Receipts at general merchandise stores climbed 3.5%, furniture outlets saw a 3.7% gain and grocery store receipts rose 2.1%. Overall sales were up 15.1% from a year ago.

Retail Sales figures are not corrected for inflation. The Consumer Price Index (CPI) rose 0.3% in August and the core index added 0.1%.

General sales were even stronger than portrayed by the headline retail figure. Automobile purchases fell 3.6% last month, hindered by the scarcity of certain models. Production at some manufacturers has been limited or halted because of a computer chip shortage.

Leaving out vehicles and light trucks, sales rose 1.8%, well above the -0.2% forecast, and the highest monthly expansion since March.

Treasury interest rates rose with the yield curve steepening at the long end. The yield on the 10-year Treasury was up 3 basis points to 1.333% and the 2-year had added 1 point to 0.221% in early New York Trading.

The  dollar was marginally stronger with small gains in all the major pairs. 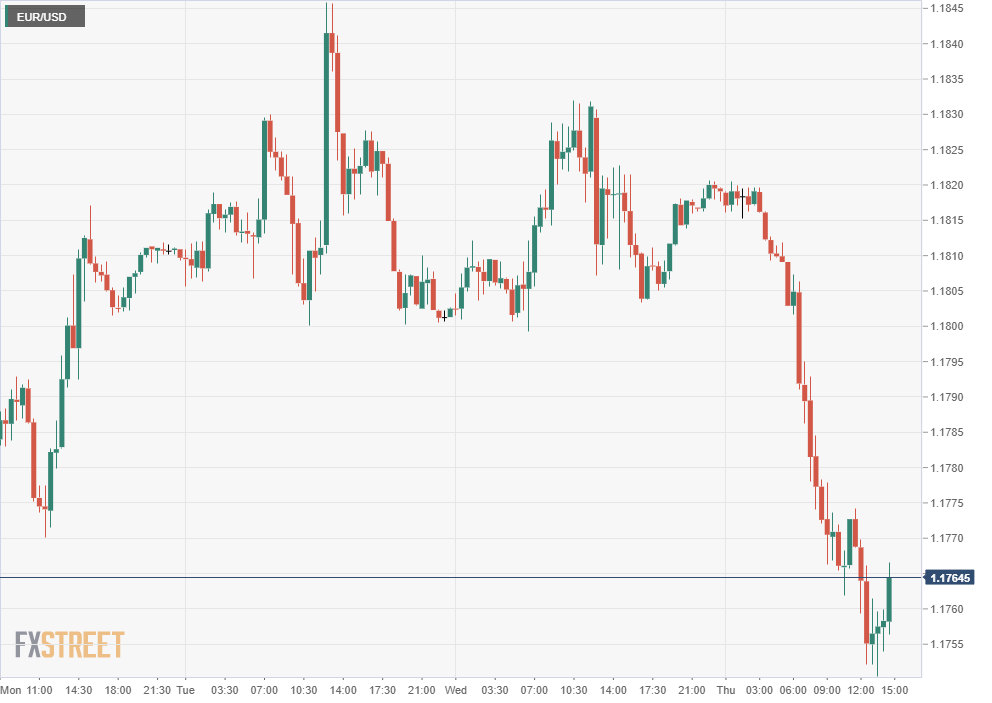 Equities lost ground as the better sales figures did not relieve the notion that the economic recovery is losing steam into the year end.

Commodity prices slipped with the Bloomberg Index off 1.30%.

From now until the Federal Reserve meeting concludes on September 22 there is only one topic for global markets. Will the American central bank begin to phase out its massive bond buying program that has not only kept US interest rates near their historic lows for more than 18 months, but has flooded the global economy with liquidity?

August Retail Sales were considerably better than forecast. While that may relieve some of the concern that the dismal Consumer Sentiment numbers were heralding a collapse in spending, it does not change the labor market's puzzling performance in August.  With almost 11 million unfilled positions, the Fed governors must be wondering what more monetary policy can do to get people back to work.

It doesnt seem likely the answer will be higher interest rates.

EUR/USD: On the backfoot below 1.0100 amid notable USD demand

EUR/USD is trading on the defensive below 1.0100, as the US dollar extends the previous rally amid risk-aversion. Fears of German recession, geopolitical concerns and hawkish Fedspeak weigh on the major currency pair.