After a chaotic end to Q1, the Bank of Japan is back to usual business. Policymakers will have a meeting to decide on monetary policy early Wednesday.  No fireworks, however, are expected, as policymakers will likely maintain negative interest rates at -0.1% and their pledge to keep the yield curve under control, by keeping the 10-year JGB  yield at around 0.0%. Attention will then center on the economic forecasts for this fiscal year and the next.

Slow and painful road to recovery

According to the quarterly economic outlook released last April, policymakers trimmed real GDP growth from 0.9% to a range of -3% -5%. The figures will likely be revised further lower at this point, as an economic recovery in the second half of the year has long been off the table. Core inflation at the end of the first quarter of the year was expected to decline to a range of -0.3%  -0.7%, and could also be revised lower this time.

A dovish stance has been anticipated by the BOJ’s Tankan report released earlier this month. The Large Manufacturing Index plunged to -32 in Q2, its lowest reading in over a decade. The survey showed that all the nine regions saw economic activity either deteriorating or holding into severe conditions, a result of the coronavirus pandemic.

Nevertheless, the BOJ’s Summary of Opinions indicated that policymakers are comfortable with the current level of economic support, and that will likely maintain a wait-and-see stance.

Not everything is lost. Japanese authorities have learned the lesson, and refuse to return to lockdown, despite the number of new contagions increased last week, with the country reporting an average of 200 cases per day.  But the way towards an economic comeback will likely be long and bumpy.

The USD/JPY pair has been unable to leave the current price zone for over four weeks already and seems little the BOJ can do to trigger a sustainable directional move. Financial markets are all about sentiment these days, and an on-hold central bank regardless of downward revisions to forecasts, won’t be enough to offset risk-related sentiment.

Short-term reactions, however, are possible. The pair could near the 108.00 level on a break above 107.50, but will likely meet sellers around the first. To the downside, 106.60 is the probable bearish target, in the case the Japanese currency gets a boost from the BOJ. 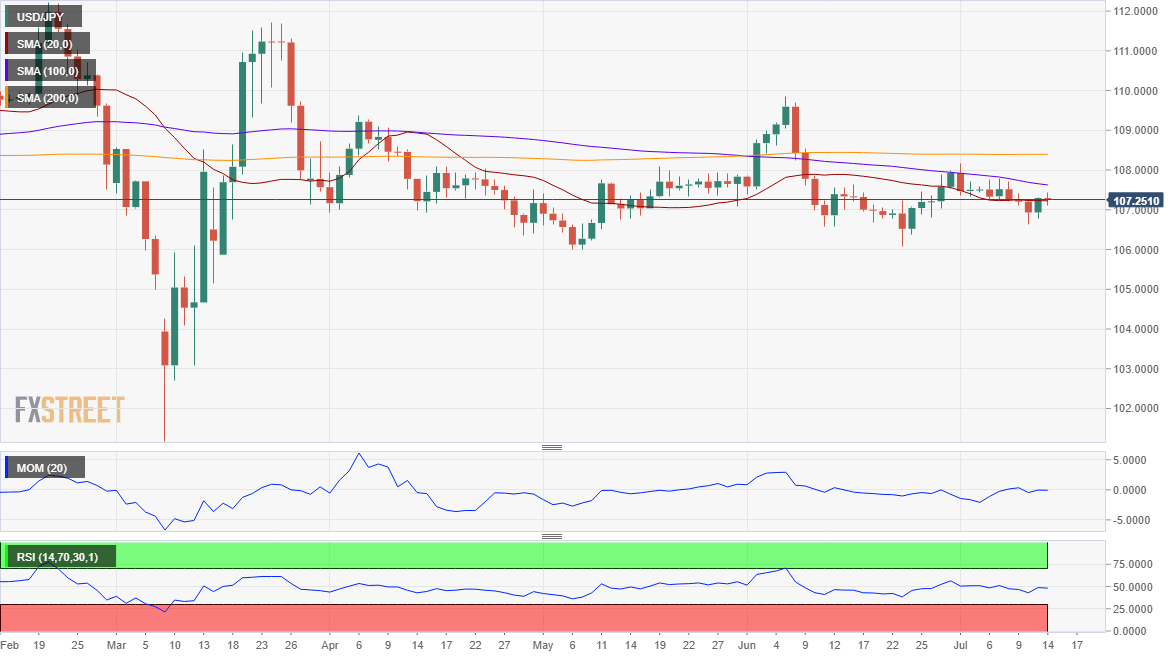 GBP/USD under pressure but around 1.3900

UK Marking Manufacturing PMI improved to 60.4 in July. Tensions related to the Northern Ireland Protocol undermine the pound’s demand. GBP/USD is at risk of falling in the near-term, mainly once below 1.3865.

Bitcoin ends three-month decline with a compelling 18.35% gain in July while ETH is working on a historic 13 consecutive up days. XRP closed last week with the best weekly return since the end of April.

Looking ahead to payrolls as markets bounce on China / US truce

Equity markets have started the week on an upbeat note, after a bumper round of earnings reports in recent sessions have helped to boost sentiment.