Despite declining beneath 61.8% Fibonacci retracement level, WTI is taking the support of an ascending trend-line stretched since December 2018 as it trades near $51.20 while heading into Europe open on Thursday.

Not only 61.8% Fibonacci retracement of December – April upside, at $51.62, a three-week-old descending resistance-line at $53.20 and current month high near $54.80 also act as near-term key resistances.

Other than the aforementioned supports, 14-day relative strength index (RSI) also moves in the oversold region and can challenge the bears. 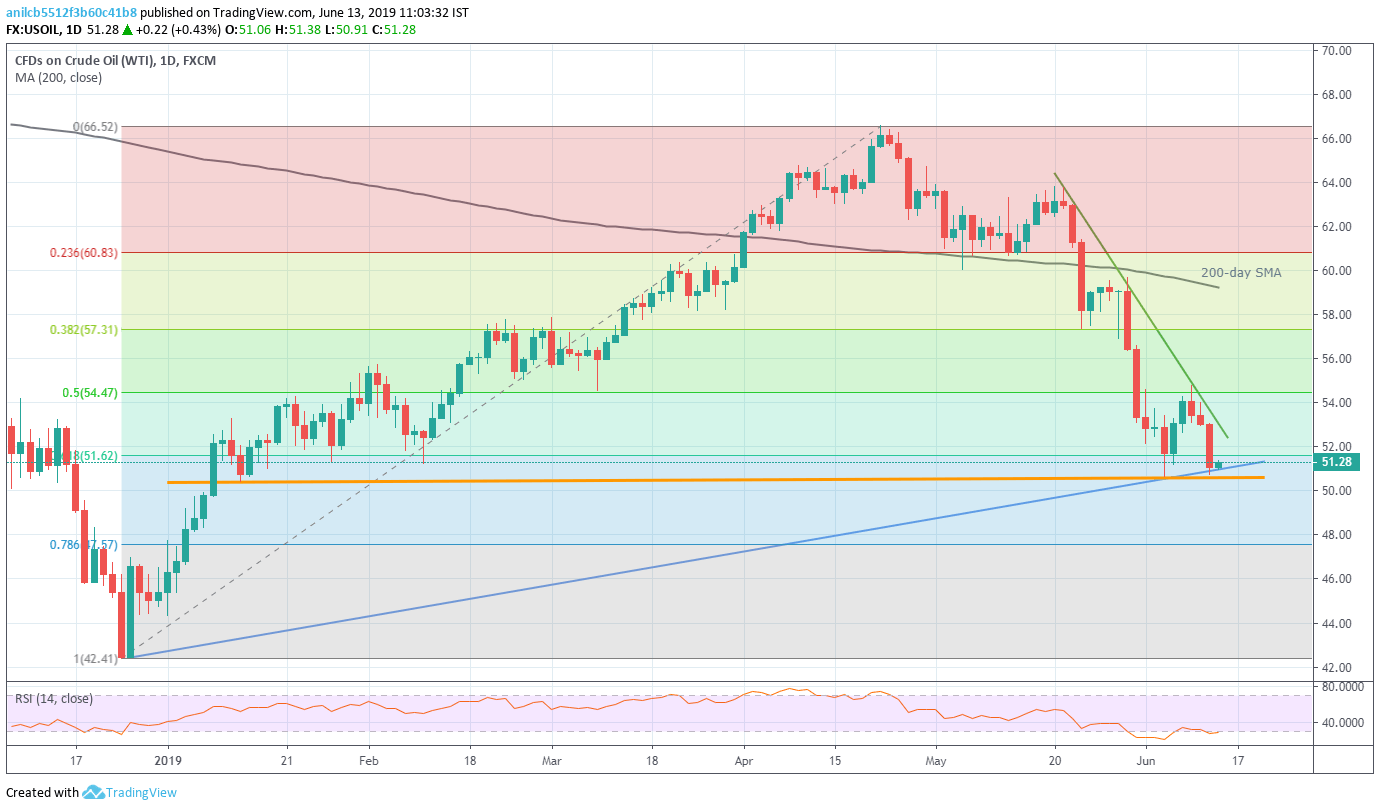