Here is what you need to know on Monday, October 18:

Monday is not a great day for stocks. Historically, it is one of the worst-performing days. Thursday is the best, and this Monday is proving that theory with more losses likely. The reasons are pretty obvious and will not take a lot of searching through macro research papers. Oil is nearing $84 this morning, yields are back above 1.6% for the US 10-year, and the dollar is higher again. This is not exactly a bullish cocktail for stocks then. Added to this is the likely default of Chinese developer Sinic, and you have a hangover before the week has even begun. Maybe earnings season can change. This week sees another big slate with Tesla (TSLA) and Netflix (NFLX) probably the highlights.

Zillow (Z) down 5% premarket on a Bloomberg report that it has stopped home-buying services.-CNBC

Walt Disney (DIS) down nearly 2% premarket as Barclays downgrades it.

Amazon (AMZN): "Five members of the U.S. House Judiciary committee wrote to Amazon.com’s chief executive on Sunday and accused the company's top executives, including founder Jeff Bezos, of either misleading Congress or possibly lying to it about Amazon's business practices."-Reuters

Netflix (NFLX) puts the value of Squid Game at $900 million, according to a Bloomberg report.

Facebook (FB) to add up to 10,000 jobs in the EU over the next five years as it builds out a metaverse.

Baidu (BIDU) up 4% premarket on a report that China is considering rules making some content accessible in Baidu's search engine. 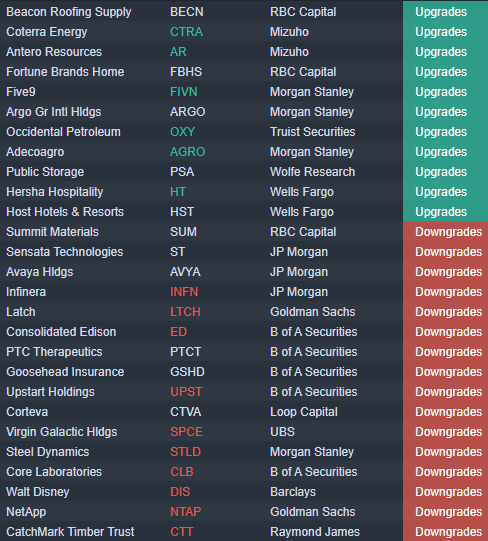 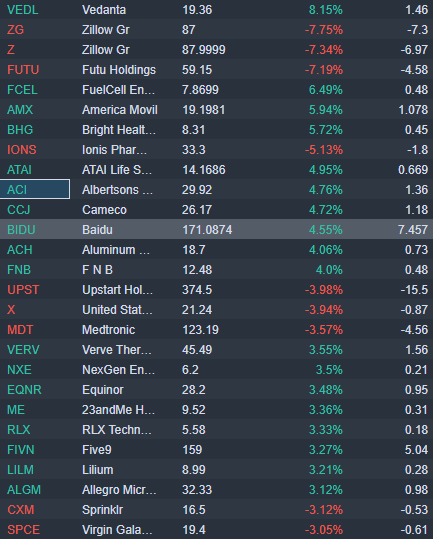