USD/IDR declines to the lowest since early-September, currently around 13,930, while heading into the European open on Monday. The pair tests 61.8% Fibonacci retracement of its 2017/18 rise. This support has triggered three bounces during the year, a failure to follow the suit can fetch the quote to 200-week Simple Moving Average (SMA).

Hence, sellers will look for a weekly closing below 13,936, comprising the key Fibonacci retracement level, to target a 200-week SMA level of 13,766.

However, lows marked in February and July, near 13,895, can offer an intermediate halt to the south-run.

On the upside, a clear crossing of the multi-week-old falling trend line, close to 14,045/50, can trigger a fresh rise towards a 50% Fibonacci retracement level of 14,189. 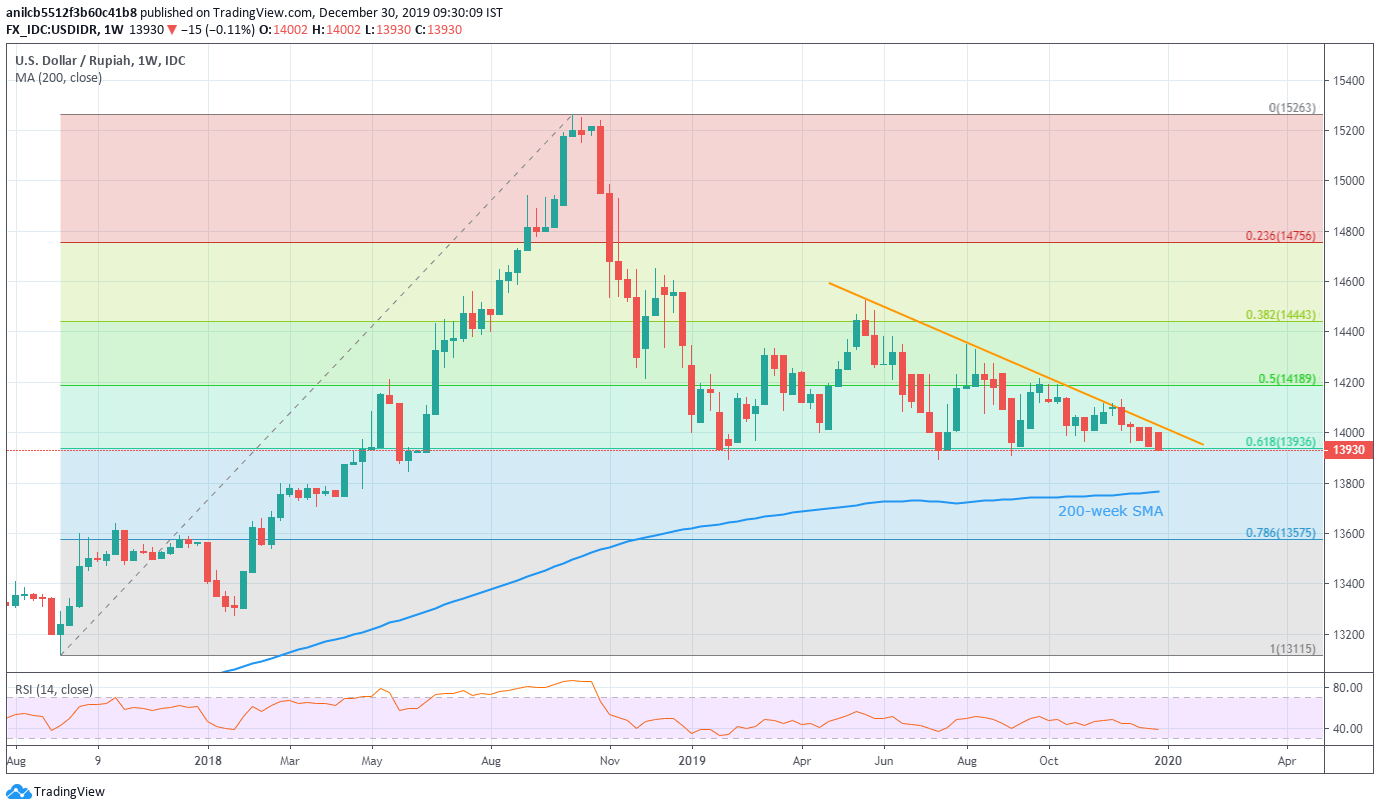