Shares of Upstart Holdings (NASDAQ: UPST) are poised to continue their fall after a dastardly week that saw UPST drop 23.5% on the week and 35.6% from its all-time high the previous Friday, June 4. Shares rose as much as 3% in Monday’s premarket before dropping more than 6% to below $118 as Monday’s open approached.

Is UPST a buy or sell?

Nothing material appears to have caused the stock to drop so precipitously last week. The only significant news of any kind was a filing announcing that the company had paid back $16 million on an outstanding loan to Silicon Valley Bank. Nothing, however, explains its more than 14% drop last Friday. It would appear UPST just flew too close to the sun. Since its IPO at $26 a share in mid-December 2020, UPST stock has been the darling of both growth investors and day traders due to its massive possibility and resounding volatility.

The fintech “upstart” was founded by former Google executives who built an application that uses artificial intelligence to comb through loan applicants’ repayment histories and other financial information to help financial institutions quickly decide whether to grant a loan and what rate to apply. By paying a fee to Upstart, banks or other creditors can outsource their due diligence, thereby granting loans without the hassle of paperwork. Customers like it because they can get instant approval.

With Upstart’s acquisition of Prodigy, the young fintech is entering the market for auto loans – a $3.4 trillion market. This has supercharged investors’ appetite for the stock, which has traded up more than seven-fold at its height in just six months. Another reason for optimism was the company’s Q1 results, which had management announce expectations of full-year revenue of $500 million for 2021. This would push revenue growth to 114% YoY, placing it in league with the elite of growth stocks such as Shopify (NYSE: SHOP), Lightspeed POS (NYSE: LSPD) or Etsy (NASDAQ: ETSY).

At 19 times future sales, its current valuation is not necessarily expensive compared with other hot growth stocks. Analyst consensus gives it a target price of $138.

Last week’s market dump was preceded by a generic doji candle on Monday, June 7. Looking back, that daily candlestick makes it obvious that a share price crash was imminent. Additionally, the Relative Strength Index (RSI) showed divergence with the share price between May 21 and June 7, a telltale sign that all is not well. The first confirmation that UPST price is reversing would be recrossing the 50-day moving average at $123.06. Above there, resistance targets sit at $135 and $145. Upon crashing through these obstacles, past close near $165 and $170 pose the most strength.

Due to UPST shares breaking through the 50-day moving average at $123.06 in the premarket on Monday, traders should expect a further fall. This may continue until support is found near $115, the resistance-turned-support area from late April and early May. Below here, the 100-day moving average sits at $102.32. The RSI reading at 45 is in bearish territory but not overbought territory, meaning there is still plenty of room to fall further. In fact, in its young career, UPST has never even grazed overbought territory.

EUR/USD bears take a breather around 1.1820, following the heaviest daily fall in over two weeks, amid Wednesday’s Asian session. The currency major took a U-turn from a short-term falling trend line the previous day to recall the bears.

UK Health Minister Sajid Javid noted that covid cases could soon rise above 100K a day. The UK Markit Construction PMI improved in June to 66.3 from the previous 64.2. GBP/USD battles with 1.3800 the bearish potential is limited in the near-term.

XAU/USD managed to close above the 100-day SMA on Monday and extended its rebound on Tuesday. After climbing to its highest level in nearly 3 weeks at $1,815, however, gold made a sharp U-turn and was last seen posting small daily gains at $1,795.

A brief technical and on-chain analysis on Bitcoin price. Here, FXStreet's analysts evaluate where BTC could be heading next as it seems bound for a correction before higher highs. 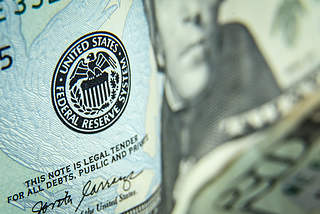 Today’s US calendar includes the final PMI and the ISM services PMI, likely a small dip in each instance after record highs in May. The biggie will be tomorrow’s minutes of the last FOMC.