Tesla (TSLA) is next up in the earnings spotlight, and the most-watched of stocks will keep investors occupied at their desks for a bit later than usual on Wednesday. Tesla price is one of the most followed names by both retail and institutional traders, so the release of the results will be the biggest event of the day most likely. The stock has been strong recently, and we have been calling it higher for some time, perhaps even too early, before it really started to charge. The question on investors' minds will be whether Tesla keeps this momentum going with strong results. To do so, Tesla will likely need to post a comfortable beat with strong sales growth and strong numbers from China, the world's largest electric vehicle (EV) market. TSLA has been taking steps to meet the increased competition from legacy automakers switching to electric and also from new incumbents such as Lucid (LCID) and Chinese names such as NIO, XPEV, LI and more.

Margins will be closely watched as well with Elon Musk recently commenting on Tesla spending a lot of money flying parts around the globe as semiconductor chip issues arise and supply chain contracts hit many industries.

However, Musk says the Chinese factory in Shanghai is now producing more than the US. "It's the best quality, lowest cost and also low drama, so it's great," Musk said, according to Reuters, but concerning parts issues he added, "The sheer amount of money we're spending on flying parts around the world is just not great but hopefully temporary." Keep an eye on the margin number in the release of the results.

Separately on Tuesday, Bank of America raised its price target for TSLA to $900 from $800.

While we feel the risk reward for Tesla is to the downside and saw partial confirmation of this with yesterday's underperformance, the stock remains bullish on the technical view. Tesla is trending strongly, above the 9 and 21-day moving averages, and has broken ouf of the trend channel. However, FXStreet did urge caution on Tuesday with the Relative Strength Index (RSI) becoming strongly overbought above 80. Normal overbought readings are over 70, but at FXStreet we like to be extra cautious and use 80 as this filters out a lot of false signals. The last time Tesla was above 80 on the RSI was at all-time highs back in April, and it fell sharply thereafter. 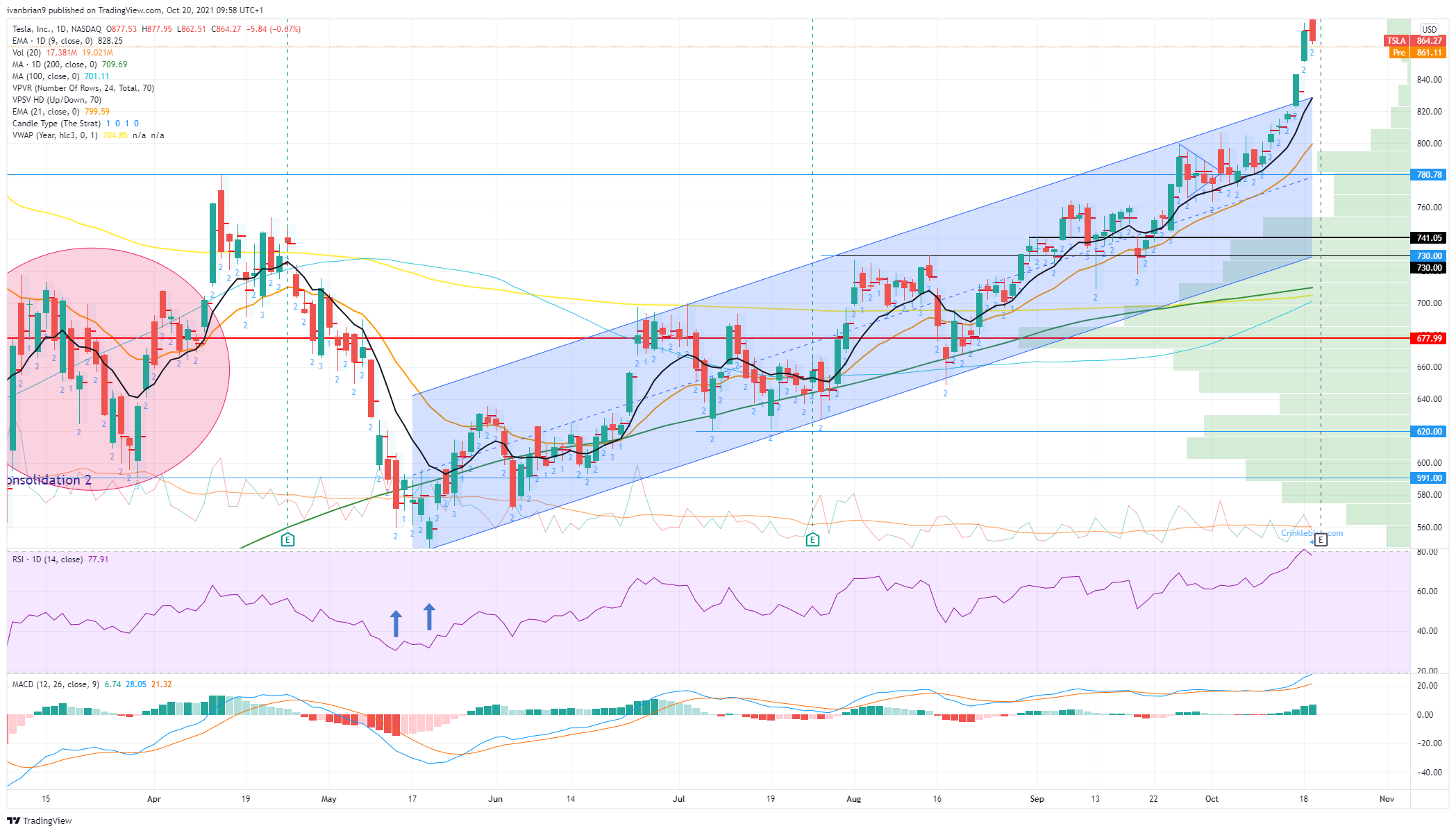