Tech stocks suffered some pretty steep falls on Thursday as more hawkish comments from central bankers put investors back into risk aversion mode. This is slightly surprising when the market had already priced in a March rate hike and appeared content with that. Indeed, yields actually fell on Thursday despite the hawkish commentary. This may have been a case of yet again the narrative being set to suit the outcome. The market had witnessed a pretty solid bounce in tech stocks so far this week. The Nasdaq remains just down over 1.5% after yesterday's steep fall and is down 5% for the year so far.

Tesla is nothing if not volatile, and a high beta stock is always going to see outsized returns. Shares of the EV king proved as much on Thursday as it more than doubled the Nasdaq's loss and closed near the low of the day. Retail investors had become nervous in advance with some stock splits in Nasdaq ETFs giving some unusual premarket indications. Both the ProShares UltraPro Short ETF (SQQQ) and the ProShares UltraPro ETF (TQQQ) underwent stock spits, which showed some large and incorrect moves across many of the investment portals yesterday. Markets were nervous to begin with, and the price action then added to this. Central Bankers were merely remaining consistent with recent hawkish commentary.

In other more interesting news, especially to fans of cryptocurrencies, Tesla began taking Dogecoin (DOGE) as a means of payment for several pieces of merchandise in its online store. Dogecoin was up nearly 6% on Thursday and is powering ahead by 14% on Friday. Whether or not this has to do with Tesla is unclear, but it must be a factor.

The chart is choppy and unclear, but we still hold with our $980 short-term pivot. This is the yearly low so far, and the last significant low in the recent downtrend started in late November 2021. Breaking $980 will see a move to $886 in our view, so it is a big level. Hold and the first target is the spike high from January 4 at $1,208 – this year's high so far. 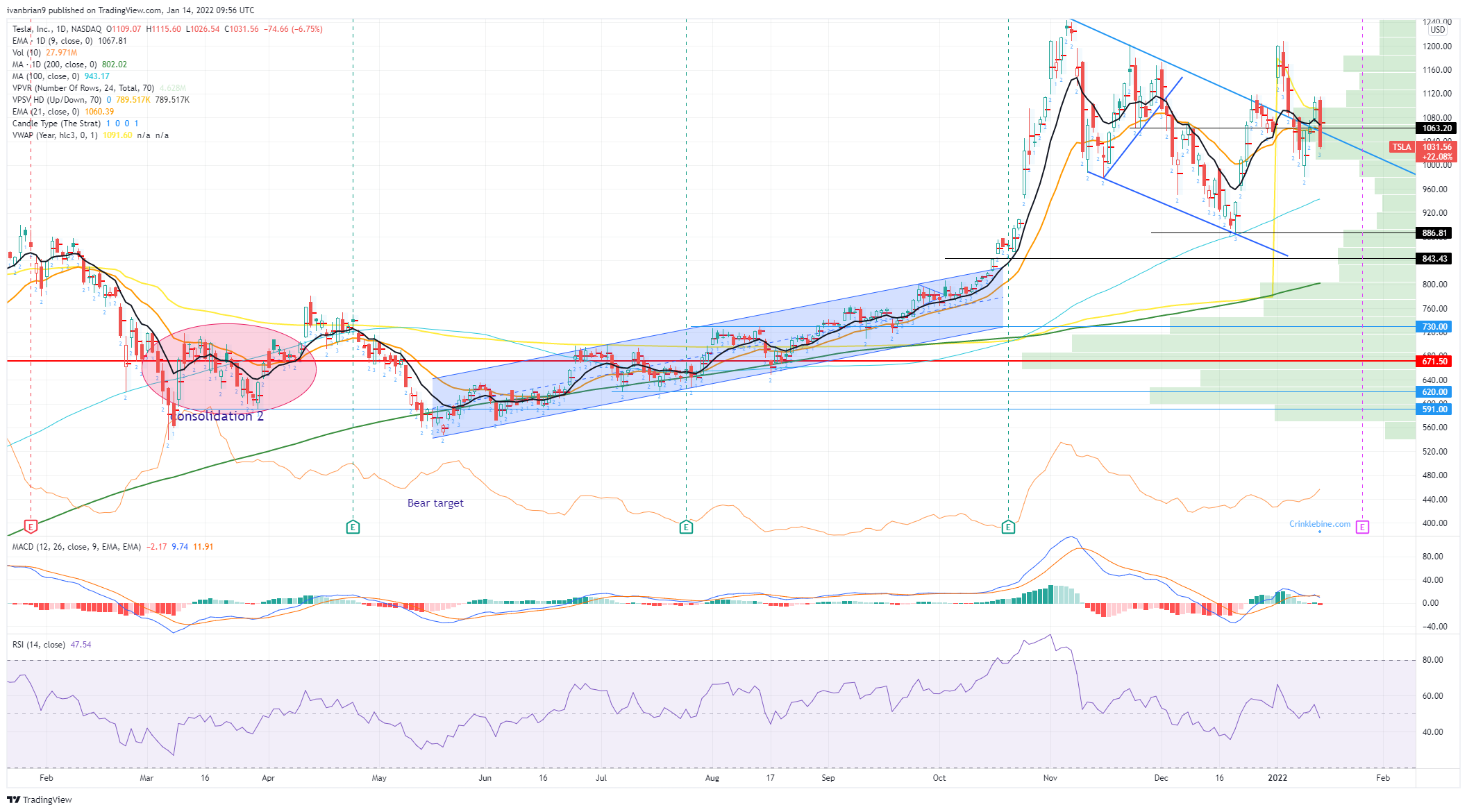