Update July 23: Nio Inc ADR (NYSE: NIO) has kicked off Friday's trading session with another decline, this time of nearly 5% to below $44. Critical support awaits at July's lowest close of $42.80, recorded last Friday. Holding above that level would be a bullish sign – a higher low that would mark an uptrend. Critical resistance is at $46.77, which was the highest close this week and marginally above the $46.34 high seen on July 12. For investors to be confident of the stock's recovery, rising above the psychologically significant $50 line is critical.

Recent delivery numbers from all Chinese electric vehicle manufacturers were strong. LiAuto (LI) posted record June deliveries, up 166% YoY. XPeng (XPEV) posted a 439% yearly gain in deliveries, while NIO itself posted a yearly gain of nearly 116%. This had set the sector up for a strong early July, but NIO ran into strong resistance at $54.86.

The strong move on Wednesday was a continuation of the strong Monday turnaround that Tuesday followed up on. NIO stock was down over 4% in early trading on Monday but turned around in the afternoon to close up over 2%. A 7% intraday turnaround is definitely something to get bulls excited about, especially when the volume was toward the higher end of prices. Tuesday started off negative again, but eventually bulls awoke and remembered Monday. They pushed NIO to close up again, this time by nearly 2%. Now Wednesday's strong rally has taken NIO up to a small resistance at $46.89, the series of highs on July 9, 12 and 13. It is not too strong, but a move through this level would open the door to a retest of our $54.86 resistance. This would ensure we do not set a series of lower highs, a bearish trend obviously.

Wednesday's move has put the risk-reward back nicely to longs with NIO now clear of the 9 and 21-day moving averages and the Relative Strength Index (RSI) and Commodity Channel Index (CCI) both trending higher, thereby confirming the price action. The final piece of the jigsaw would be to see the Moving Average Convergence Divergence (MACD) cross back into bullish territory. 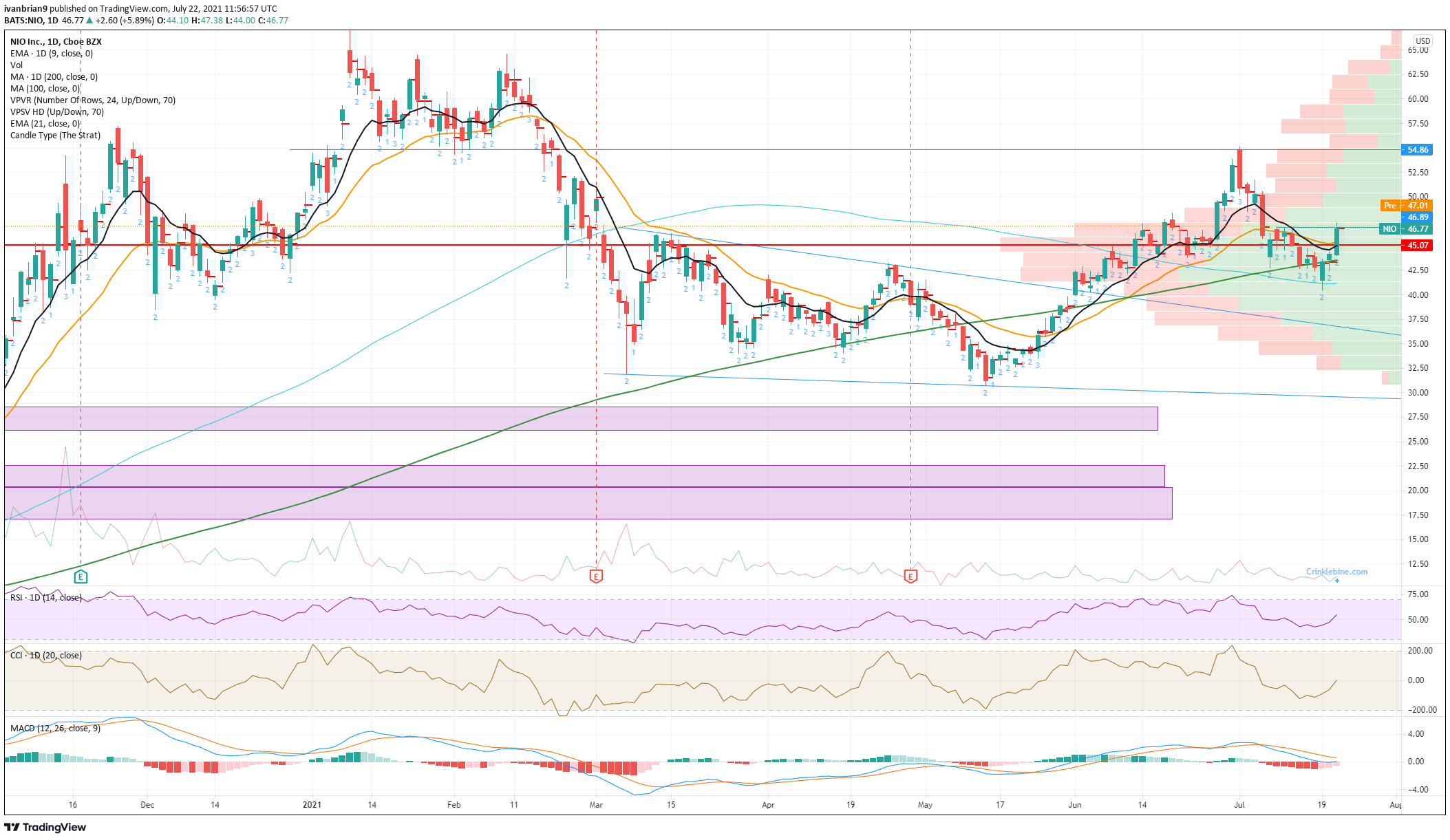 The greenback fell further in the Fed’s aftermath and after the US Q2 GDP missed expectations. Stocks lost momentum but remained in the green.

GBP/USD is trading above 1.40, extending its gains after the Fed seemed reluctant to taper bond buys. The EU's suspension of legal action over the NI protocol supports sterling. UK scraps quarantine rules for fully vaccinated EU, US travelers.

Gold is up more than 1% on Thursday. The next target on the upside is located at $1,845. USD continues to have a hard time finding demand following disappointing data releases.

Cardano price was firmly rejected at the 2018 high on July 26, emphasizing the importance of the level in securing a renewed and sustainable rally to the all-time high.

US Second Quarter GDP and Inflation: Economics and politics 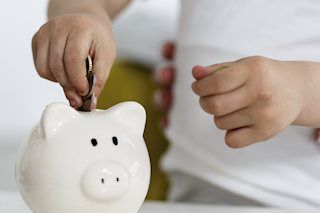 The US economy pulled up short of expectations in the second quarter, expanding at a 6.5% annualized rate despite government largesse of $1.9 trillion that began in March. Economists had predicted a 8.5% growth rate.