We have been banging on about this name for some time now, and finally others may be catching on to the potential. Wednesday saw a strong performance with a 2% gain, further consolidating the recent stabilization of the NIO stock price. Chinese car sales data showed a decline in September, but for new energy vehicles (hybrid, electric and hydrogen) September showed a strong increase. China is the world's largest car market and has been aggressive in the adoption of electric vehicles.

NIO stands in the right market at the right time to benefit. China is on course to have 25% of all vehicle sales be electric in just three years. Goldman Sachs recently (last Thursday) put a $56 price target on NIO: "We believe Nio provides the visibility of strong volume expansion in the next six months, driven by the upcoming ET7 (China's priciest car model launched by a domestic brand), the Nio Day 2021 in Suzhou, the accelerating BAAS build-out, and the entrance into Norway." Overall, the majority of Wall Street analysts are bullish on NIO.

Recent sales data from NIO itself has also been positive. Q3 to the end of September 2021 saw a delivery increase of over 100% on the previous year. Most other Chinese automakers saw strong growth, and Tesla saw it set a record for sales of China-made vehicles in September.

We have outlined above the more fundamental aspect of why we feel NIO stock should be higher, but let us see if the chart can show us more detail. NIO has been banging up against resistance at $36.78 since the middle of September. The more a level is tested, the weaker it becomes and should eventually break. NIO remains above the 9-day moving average, which is a key metric for short-term traders.

The Moving Average Convergence Divergence (MACD) has also crossed over, giving a bullish signal. Finally, the Relative Strength Index (RSI) has broken out of its long downtrend and looks set to get above 50, indicating a more bullish trend. There was also a bullish divergence from the RSI back in early October. NIO set new lows, but the RSI did not.  All that is needed is some confirmation, and breaking $36.78 is the catalyst for a decent move higher. 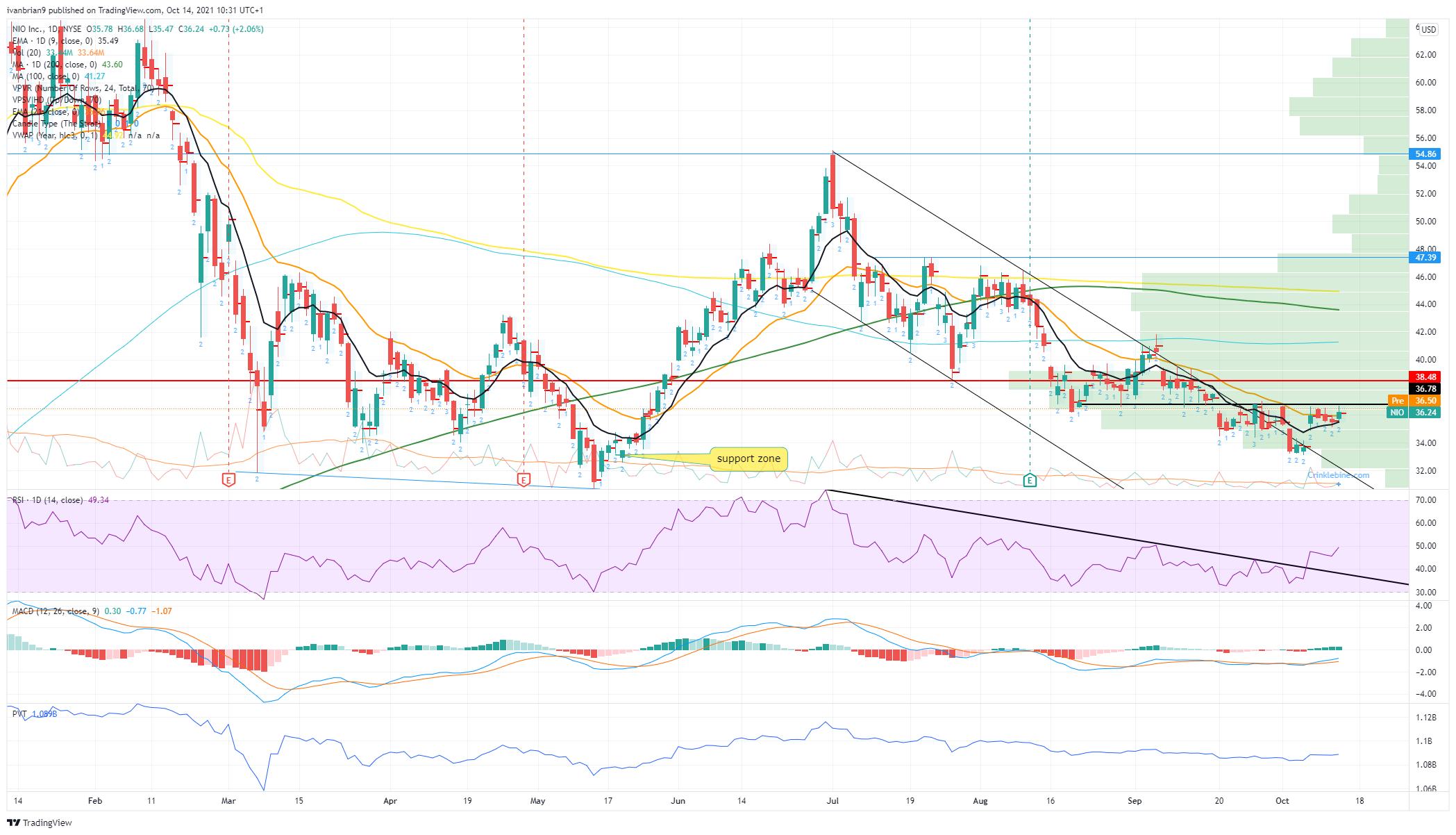