Gold Price (XAUUSD) reverses the previous day’s losses, despite a recent retreat to $1,850, amid mixed market concerns and anxiety ahead of this week’s key data/events. That said, the yellow metal posted the first weekly loss in three by the end of Friday as the greenback tracked yields to rebound after the US jobs report.

Although the yellow metal appears on the front foot on a daily basis, the commodity buyers remain cautious amid escalating fears of the Fed’s faster rate hike. Also keeping a tab on the XAUUSD bulls is the anxiety ahead of this week’s European Central Bank (ECB) monetary policy meeting. On the contrary, risk-positive headlines from China, also from US President Joe Biden, seem to keep the yellow metal on the front foot.

Also read: Gold Price Forecast: XAUUSD has room to recover before the next downswing kicks in

Upbeat NFP fuels hawkish Fed bets ahead of US inflation

On Friday, US Nonfarm Payrolls (NFP) came in 390K for May, more than 325K expected but lesser than the upwardly revised 428K previous readouts. Further, the Unemployment Rate remained unchanged at 3.6% versus expectations of a slight decline to 3.5%. Additionally, the US ISM Services PMI fell to 55.9 in May, versus 56.4 market consensus and 57.1 flashed in April. 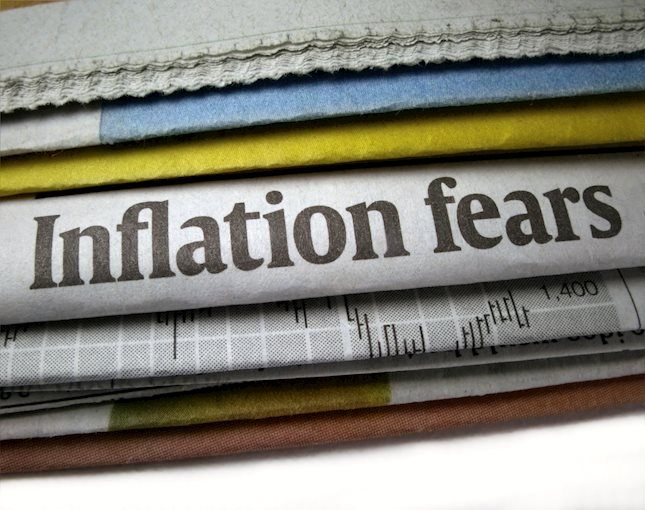 Following the data, Cleveland Fed President Loretta Mester crossed wires while saying that the one problem that the Fed has is inflation. The policymaker also added that the risks of a recession have gone up. It’s worth noting that the firmer US NFP joined the recently hawkish Fedspeak to propel the odds of a third 50 bps rate hike in September to 75% from 35% appeared last week, which in turn weighed on market sentiment.

Be it firmer US jobs report of hawkish Fedspeak, not to forget rate-hike expectations, the US 10-year Treasury yields cheered it all to post the first weekly gains in four. That said, the benchmark bond coupons rose 7.2% to end the week around the 2.94% level, down 0.05 basis points (bps) near 2.95% by the press time. The jump in the yields also favored the US Dollar Index (DXY) to resume its run-up towards the yearly top while snapping the two-week-old uptrend.

Considering China’s status as one of the world’s largest gold consumers, recently positive headlines concerning the dragon nation favor the gold buyers. Beijing’s readiness to ease the virus-led activity controls joins the US preparations for announcing tariff relief for China to underpin cautious optimism in the market. “Dine-in service in Beijing will resume on Monday, except for the Fengtai district and some parts of the Changping district, the Beijing Daily said. Restaurants and bars have been restricted to takeaway since early May,” reports Reuters. On the other hand, US Commerce Secretary Gina Raimondo said, per Reuters, “President Joe Biden has asked his team to look at the option of lifting some tariffs on China that were put into place by former President Donald Trump, to combat the current high inflation.”

Other than what’s already mentioned, the European Central Bank’s (ECB) monetary policy decision, up for publishing on Thursday, also appears as this week’s key event for gold traders. The reason could be derived from the ECB’s direct impact on the US dollar. Given the recently hawkish ECB Speak and record inflation, the bloc’s central bank may try to keep the Euro buyers. However, any disappointment won’t be taken lightly and the same can propel the US dollar, which in turn could weigh on gold prices.

Despite the recent positive MACD and RSI signals, Gold Price remains on the seller’s radar as the metal portrays a three-week-old rising bearish chart pattern.

Also keeping the XAUUSD sellers hopeful is the metal trader’s inability to cross the convergence of the 50-day and 100-day EMAs, as well as the stated wedge’s resistance line, around $1,875 by the press time.

It’s should be noted, however, that the metal sellers need validation from $1,840 to retake control. Following that, a southward trajectory towards the yearly low near $1,780 can’t be ruled out.

On the other hand, a successful break of the $1,875 hurdle should successfully cross March’s low of $1,890, as well as the $1,900 threshold to please the bullion buyers.