Traders trimmed their open interest positions for the first time after two consecutive daily builds on Tuesday, this time by nearly 3K contracts as per flash data from CME Group. On the other hand, volume went up for the second session in a row, now by around 44.3K contracts.

Gold prices briefly tested the $1,800 neighbourhood on Tuesday before closing the day in the negative territory. The downtick was on the back of shrinking open interest, leaving the prospects for extra downside diminished for the time being. In the meantime, the $1,800 mark per ounce troy remains the next target of note. 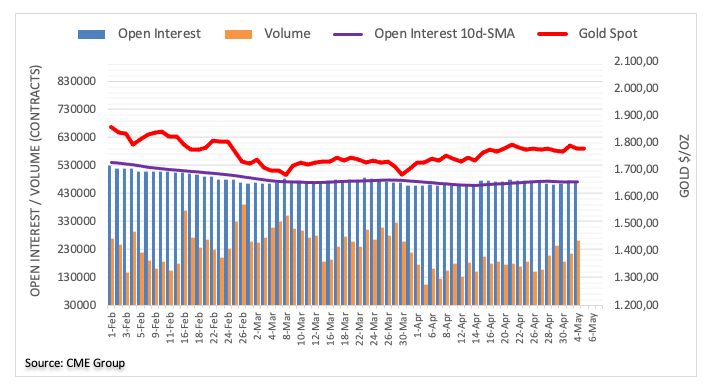