GBP/USD is been trending lower throughout the session as the dollar has been grinding higher.

On the thirty-minute chart below, it seems that price has bounced off the 1.29 level but it still looks vulnerable.

Later in the session, we would see some more volatility as the ECB's new President Lagarde is speaking.

On the daily chart, GBP/USD is at relatively high levels and it seems that breaking 1.30 was too much of a push.

Now over the longer term, we will we waiting to hear more about the UK general election which is on December 12th.

On the polls, the Conservatives are in the lead with Labour second and Lib Dems holding the third spot. 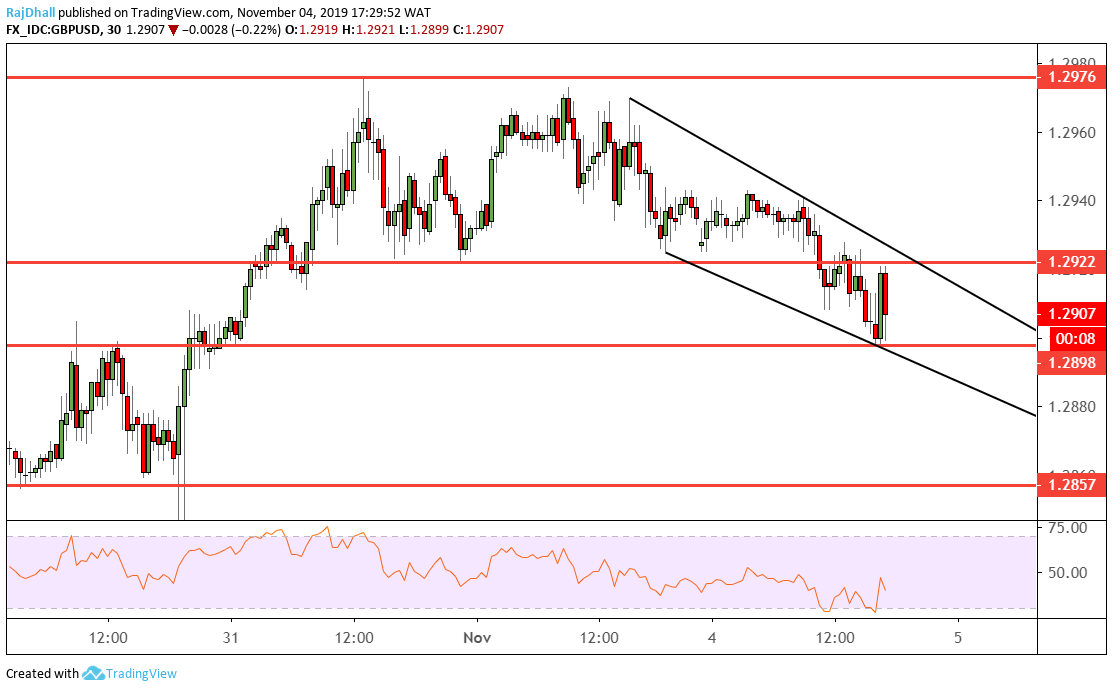