Jerome Powell, Chairman of the Federal Reserve System, will be delivering his remarks on the monetary policy outlook at a press conference following the meeting of the Board of Governors. Powell's speech will start at 18:30 GMT.

Follow all the Fed updates, analysis, technical levels to watch and more, at the Fed Live Coverage

The world's most powerful central bank is set to leave its policy unchanged after its massive monetary stimulus early in the year and as we get closer to the release time, here are the expectations forecast by the economists and researchers of ten major banks, regarding the upcoming FOMC meeting.

When is the Fed interest rate decision and how could it affect the S&P 500?

The current economic situation warrants strong stimulus from the Fed.  Market participants will likely look into the statement and also into Powell’s words for clues about further stimulus, as they do not expect major announcements on Wednesday.

About Jerome Powell (via Federalreserve.gov)

Jerome H. Powell took office as Chairman of the Board of Governors of the Federal Reserve System on February 5, 2018, for a four-year term. Mr. Powell also serves as Chairman of the Federal Open Market Committee, the System's principal monetary policymaking body. Mr. Powell has served as a member of the Board of Governors since taking office on May 25, 2012, to fill an unexpired term. He was reappointed to the Board and sworn in on June 16, 2014, for a term ending January 31, 2028.

Gold is in the hands of the bulls but a correction is on the cards. The monthly outlook is critical which makes the next few weeks testing for the gold market. 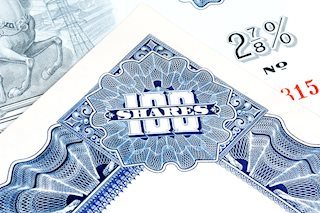