Seems like we recently had yet another wild ride in the global markets. Firstly, we had Apple earnings on July 30, but hey this is a FX article, so what is more important than that? I’ll tell you what is more important: FOMC Day. The great economic experiment continues with an apparently robust economy, yet once gain the Fed is choosing to keep interest rates historically low. On July 31st, the Fed Chairman Jerome Powell lowered rates in the US to 2.25% with a quarter basis-point cut, describing their actions as a ‘mid-cycle adjustment’, with further statements indicating that the Fed was not convinced that a full round of easing was necessary in the near future. Are you feeling somewhat confused by these statements and actions? Well join the club!

In my years as a trader and investor, one of the biggest challenges I’ve faced was how to make sense of the fundamental news and economic data and then how to use that to make quality buying and selling decisions in the currency market itself. The two just never seemed to work in sync, so my decisions were down to opinion and a prayer rather than a simple rules-based approach to taking my entries. I have forgotten just how many times I have seen good news cause a selloff, or bad news precede a massive rally. More often when reading the news, we find ourselves on the wrong side of the market action. I’ve since learned better.

Making sense of the actions of the Fed and reading between the lines of Jerome Powell’s comments is just as much of a headache today as it was when Ben Bernanke was running the place. However, translating price action and the movements of the major institutions has always been a far simpler approach to take. That’s why I embraced the concepts of letting price tell the true story, instead of the news. As my fellow instructors and I have stated on multiple occasions, the laws of Supply and Demand always dictate where price is more likely to go when probability and risk management is fully respected. You just have to follow the clues.

I decided to look at some very recent examples of price from shortly before and after last’s weeks rate announcement, using both the US Dollar and USDJPY. I want to start with the Dollar because this is what most likely confused traders. Fundamentally, when rates go down this weakens a currency and vice-versa. In this instance, we saw a decent rally in the US Dollar, with the Greenback making new 2-year highs, a little after The Fed announcement. This is fundamentally opposite to what it was expected to do. Were there any clues to the Dollar rally beforehand? Well, let’s see what a chart of the Dollar Index (DXY) shows us.

According to the monthly DXY chart below, we can see a series of Demand zones holding a series of higher highs in an uptrend on the Dollar. This is a very Bullish pattern which has been forming for almost 2 years. Sometimes the trend can be your friend it seems. The way things are moving; we should expect high prices in the USD up to around 100 before any real selling enters the market. 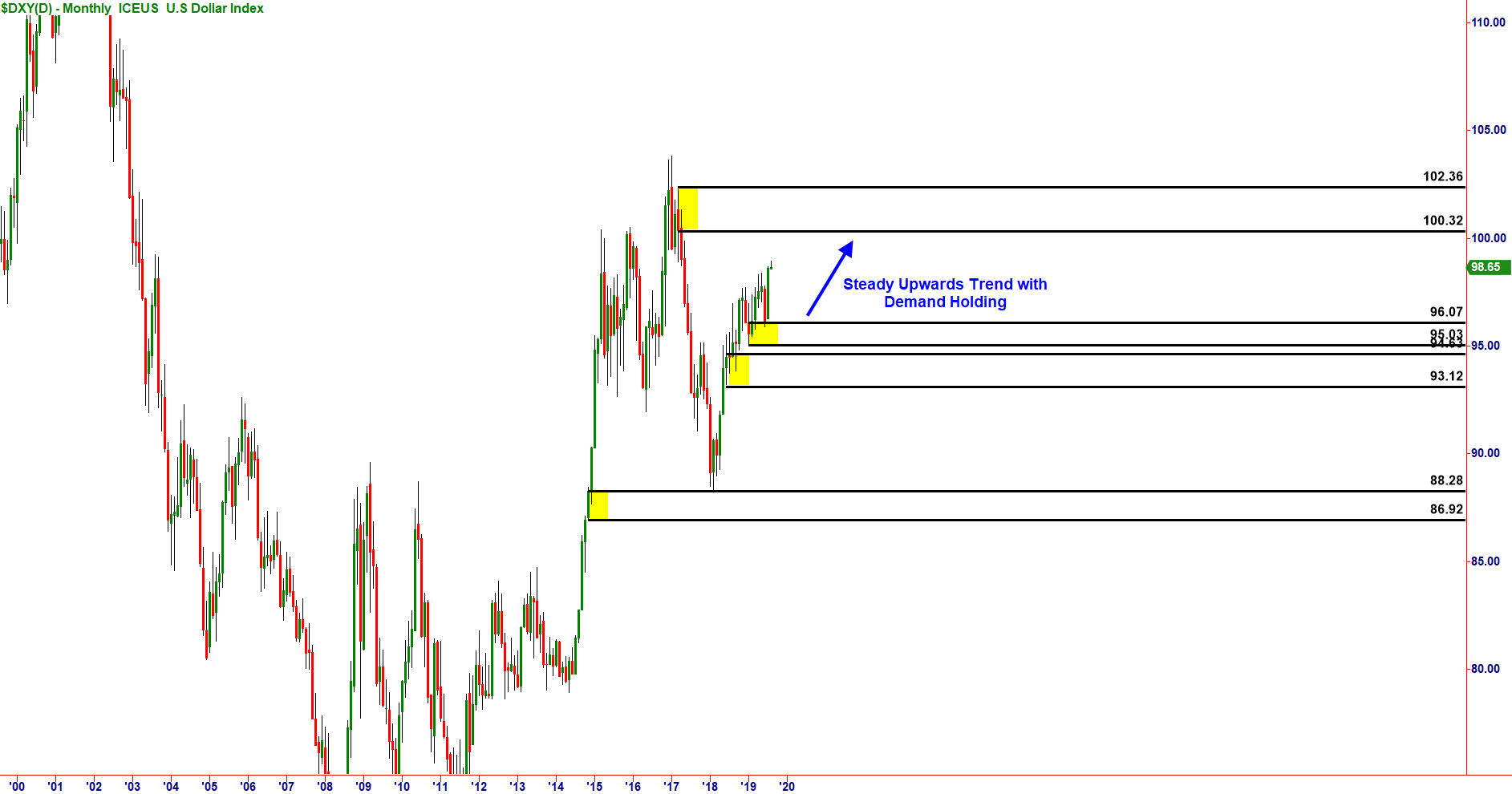 Another way to participate in the FX market without worrying about the news is to keep things very simple and focus on the major Supply and Demand zones which present themselves to us. A wiser man than me once said that news will drive prices into the zones of imbalance between supply and demand. The market will then respond accordingly. This was clearly the case before and after the rate decision as seen on the USDJPY charts.

In the below chart we can see the pair consolidating before the news in a choppy fashion, as can be expected. Once the news came out the movement followed, but what happened and how did the principles of core strategy work out after The Fed announcement? 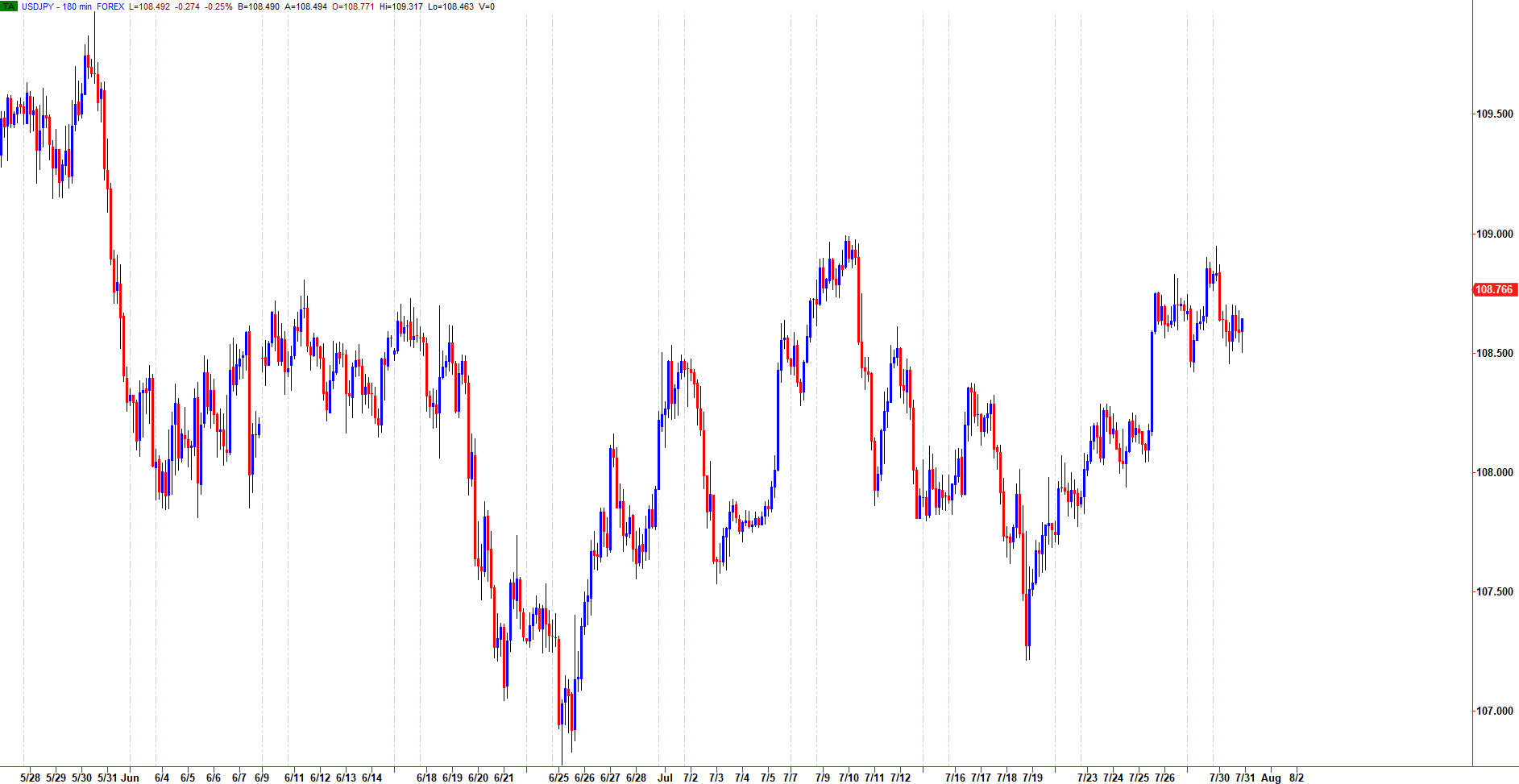 Price had already been trading at an established demand zone (low) and then, as you can see below, following the news price rallied strongly into the above supply zone and respected it for some time. 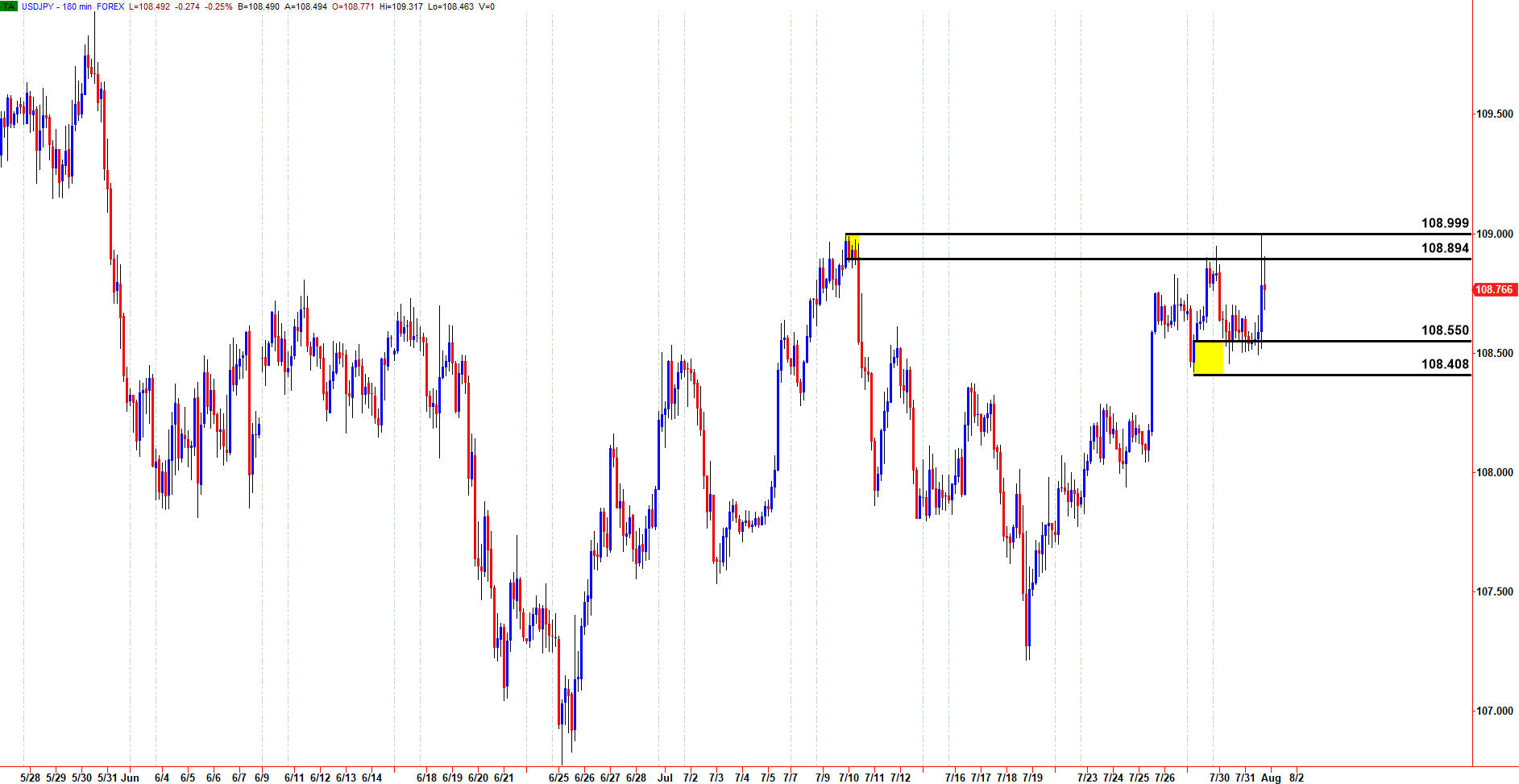 Even though price had already been at the higher area before, the sellers needed to be absorbed before it could move on to the next area of supply, as shown below. 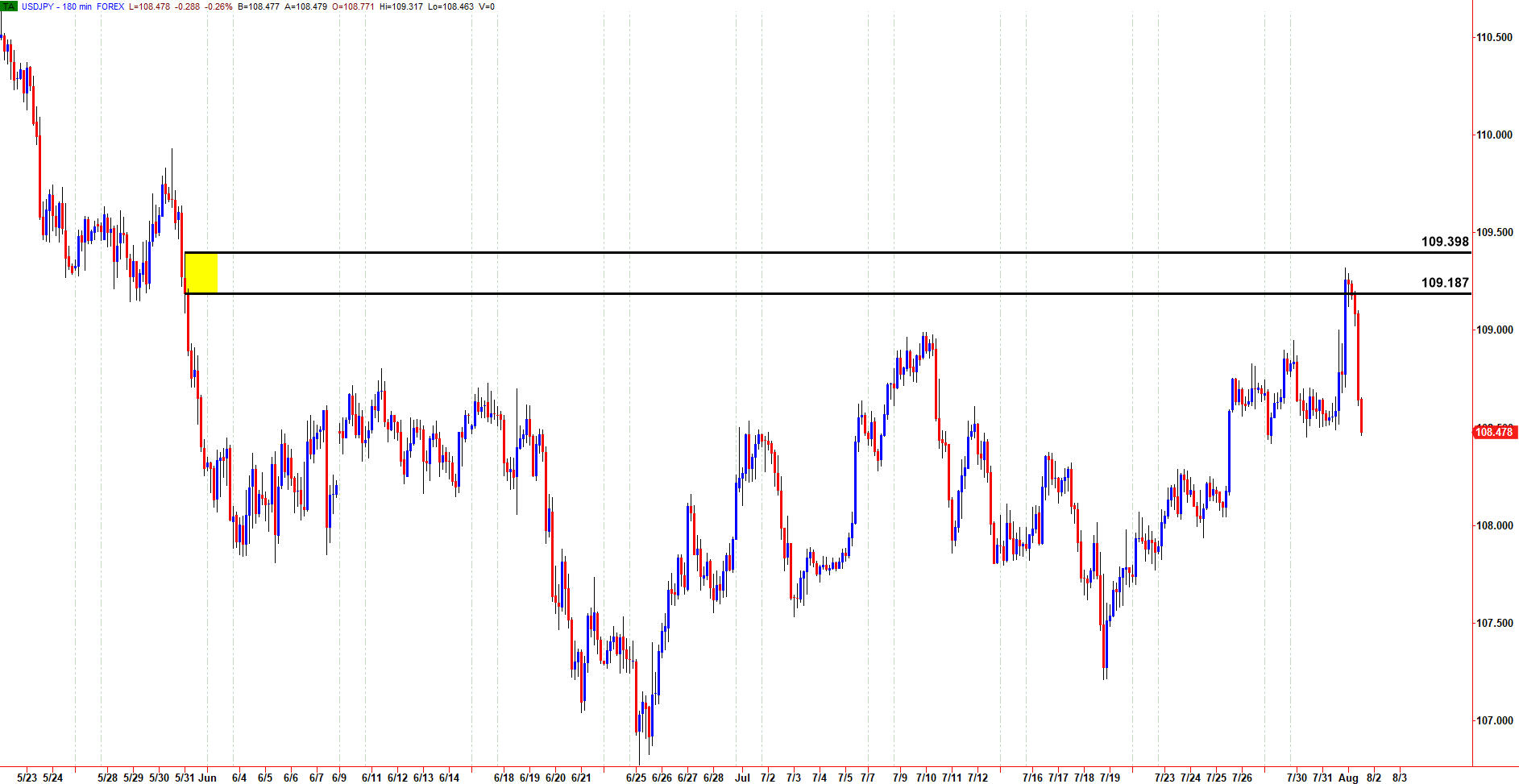 Again, we see the Supply catch out those buyers late in the move. Just as the lower zone was broken, price rallied into another area and dropped hard, returning to where it came from before the news the previous day. No wonder people find the news frustrating. My question to you is this: did you really need to read the news and attempt to decipher the fundamentals behind The Fed’s actions to find good trading opportunities, or could you have just followed the footsteps of supply and demand?

I’ve been in this business for too long and have seen too many examples of the institutional footprints on charts playing out to worry myself about how and why news plays out in the markets. Often, I just follow the big players and let them make the decision for me. When I’m wrong, I lose a little and when I’m right it works out well. Who do you think you should be listening to in the long run?

Thanks for reading and be well.

USD/JPY remains poised for losses below 108.50 ahead of US CPI data

The sudden buying interest in the US dollar keeps USD/JPY higher in the Asain session. The pair trades near the session’s high and accumulates a 30 pip movement from the lows of 108.60. Japan Economic index, US CPI data in focus for economic data.