When an individual decides they want to pursue trading as a serious endeavor their two main objectives are to make money and not lose any of it. On the surface, these seem like good objectives. However, this leads a trader to focus on two emotionally charged emotions: fear and greed. Moreover, these emotions cause a trader to take profits quickly when they are winning, and to hold on to losing trades because they don’t want to lose. They tend to hope that the markets will come back and make them whole. Instead, a trader should focus on a tested process the will produce a small losses and bigger trading profits over a large sample size.

There’s an old saying that you can never go broke by taking profits. I believe that statement to be true, with one caveat. It is only true if those profits outstrip the losses by a ratio of at least five-to-one. I see many traders who are happy to capture small trading profits, as the immediate gratification of making any kind of gains makes them feel good. The issue they later encounter is that small gains over extended periods of time cannot compensate for the inevitable losses that are a natural consequence of trading. In addition, the costs and taxes associated with short-term trading are not carefully thought out until at the end of year, when their account balance is little changed (in the best case scenario).

Why would looking for bigger moves, rather than taking small trading profits, help improve the overall results from trading? 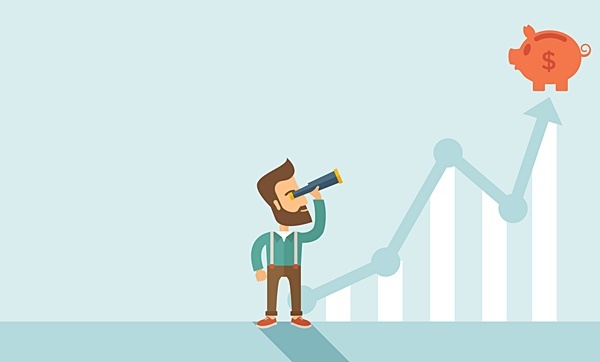 Let’s think about this logically. For starters, how much do you think an average trader pays in commissions each year? Add to that short-term capital gain taxes that have to be deducted if one does well. In addition, there are the mandatory data and internet fees that must be accounted for. While some would say that it’s just a cost of doing business, and I would agree, the reality is many traders I run into don’t place much thought, or really realize how much those costs really add up to. I think if they did, perhaps they wouldn’t be so eager to take meager profits.

When we sit down and run some numbers, the reality may be eye opening. Take commissions, for example. If we estimate that a beginning trader will most likely trade one contract at $2.00 per round turn, and (we’ll make a very conservative assumption) that they will only make 5 trades per day, the total commissions they will pay in a year (roughly 250 trading days) equals $2500. The data feeds and internet service provider usually run around $100 monthly, and lastly, taxes are about one-third of the gains. If we add it all up (I’ll let you do the math), it’s clear that a big profit-to-loss ratio is imperative if we expect to keep any trading profits – that is unless we have a high win/loss rate.

A select few will hone a scalping skill set (taking small profits in a rapid succession) where the win-to-loss ratio is high (over 80%). This particular strategy could compensate for the costs of doing business, but I have to tell you, I’ve met very few of these Uber-traders that can consistently make money doing this type of trading for an extended period. For us mere mortals, the odds are more like a sixty/forty win/loss ratio. If that’s the case, then it becomes imperative to implement a strategy that affords us those higher profit targets.

From a psychological standpoint, it can be very tough to stay with a trade for those bigger moves, as the market will try to shake out the weak hands at every turn. In my experience, it requires more discipline, and mental fortitude, to stay with the big winners than it does to accept losses. Having a set-it–and-forget-it plan may help in that regard.

In short, by learning a low risk, high reward strategy, and executing it, can one overcome the inherent costs of trading.

Until next time, I hope everyone has a great week.