One of the first principles to teach aspiring FX traders is trading a strong currency against a weak currency. In this way, it is easier to determine direction. A great example of this is now occurring in the AUDNZD pair. We have reasons for continued NZD weakness against the AUD. This is due to a divergence in policy between the RBA and the RBNZ.

The RBNZ yesterday confirmed that it is prepared to use negative interest rates to boost the economy. This is a confirmation of the latest policy decisions from the RBNZ. In that decision, the RBNZ launched a set of bearish monetary policies. Firstly, the RBNZ increased their quantitative easing (LSAP) programme to $100bn. Secondly, they extended the length of the programme from 12 to over 20+ months. Thirdly, the RBNZ expressed their general reference for a lower /negative OCR and a ‘Funding for Lending Programme'. This is Bearish stuff. The impact in the NZD 10Y bond market was telling. A falling bond yield is indicative of lower interest rates.

So, as a result, the AUD should remain stronger against the NZD. Therefore, buying on dips makes sense for the AUDNZD pair as long as this central bank divergence remains the same. 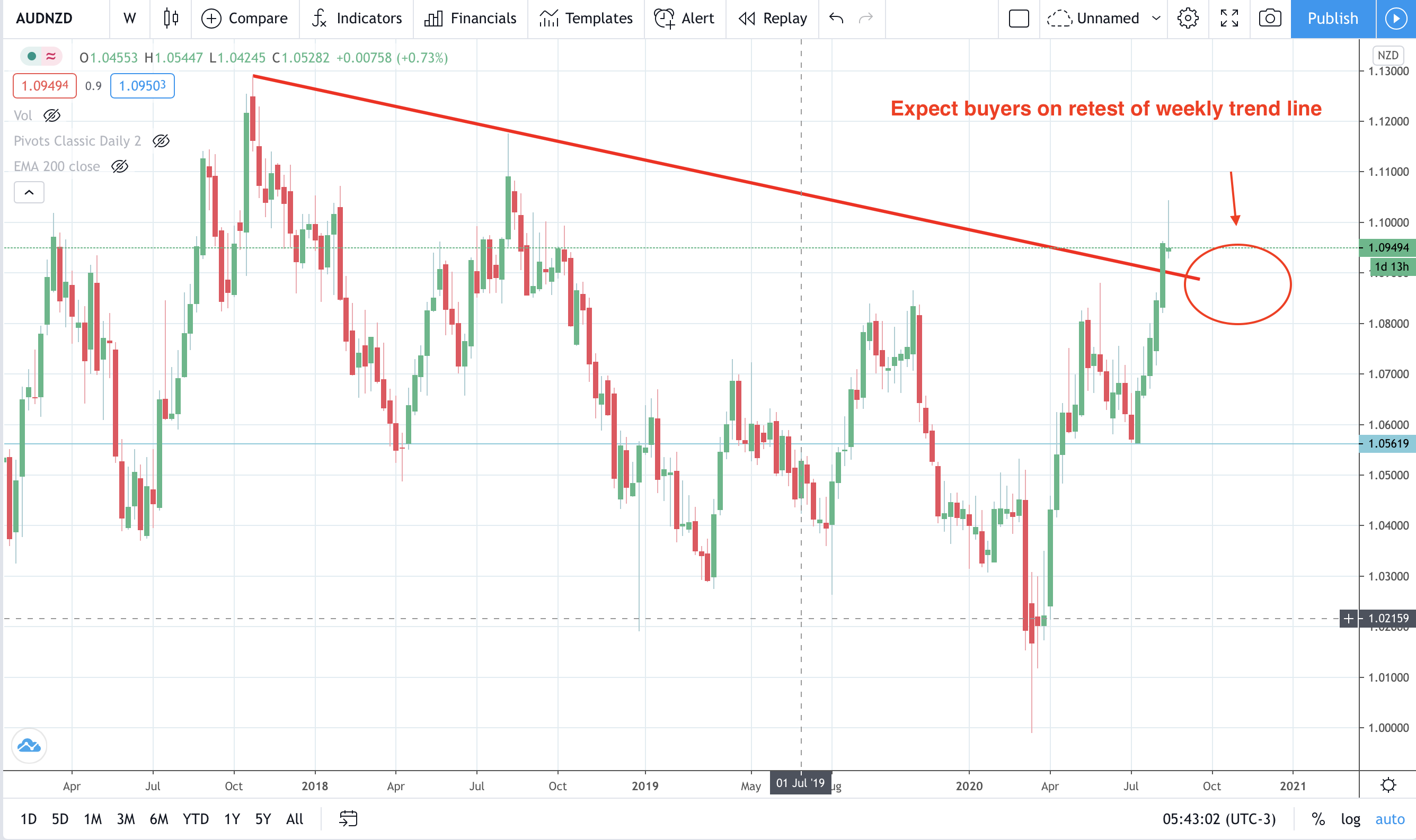 EUR/USD has rocked and rolled in response to US consumer data. The Federal Reserve's critical meeting is in the spotlight. Mid-September's daily chart is painting a mixed picture. The FX Poll is pointing to short-term falls and a bullish trend afterward.

EUR/USD has rocked and rolled in response to US consumer data. The Federal Reserve's critical meeting is in the spotlight. Mid-September's daily chart is painting a mixed picture. The FX Poll is pointing to short-term falls and a bullish trend afterward.

Gold bears in driver's seat as focus shifts to FOMC

Gold started the week in a relatively calm manner and continued to fluctuate in the previous week’s horizontal channel on Monday. Gold's technical outlook turned bearish following Thursday's sharp decline. Next target on the downside for XAU/USD is located at $1,730.

In terms of central bank meetings, the week ahead is one of the busiest.  No fewer than 13 central banks hold policy meetings, divided between six major and seven emerging markets.  While the significance of US monetary policy for the world makes the FOMC meeting a highlight.