Ripple (XRP) price made a nosedive move on Thursday as bearish pressure started to weigh in further after news and reports that the breakthrough on Tuesday in peace talks seemed to be just a drop on a hot plate as Russia did not unwind or ease its attacks on certain key cities in Ukraine. Investor sentiment wobbled even further as inflation risk is back on the agenda, and the nonfarm payrolls report later today will be the main event before going into the weekend. Expect to see a bounce off the new monthly pivot toward $0.85 in its recovery path from the bear slap yesterday.

Ripple price underwent a Chris Rock - Will Smith moment as bears came in and slapped price action back below $0.80. Investors saw pressure mounting to the downside as it became clear that the relief sigh from Tuesday was not materializing in the field. Investors were quick to book profits, which triggered this fast-falling knife action.

XRP price got caught at $0.7843 and the 55-day Simple Moving Average (SMA), which are two technical levels proving their importance yet again. Expect XRP price to claw back today, with the new monthly pivot at $0.8080 already doing its duty by offering a bounce   from XRP price toward $0.8390. Going into the weekend, expect a daily close above $0.8390, and in this way already prepositioning for next week another test on the 200-day SMA at $0.9000. 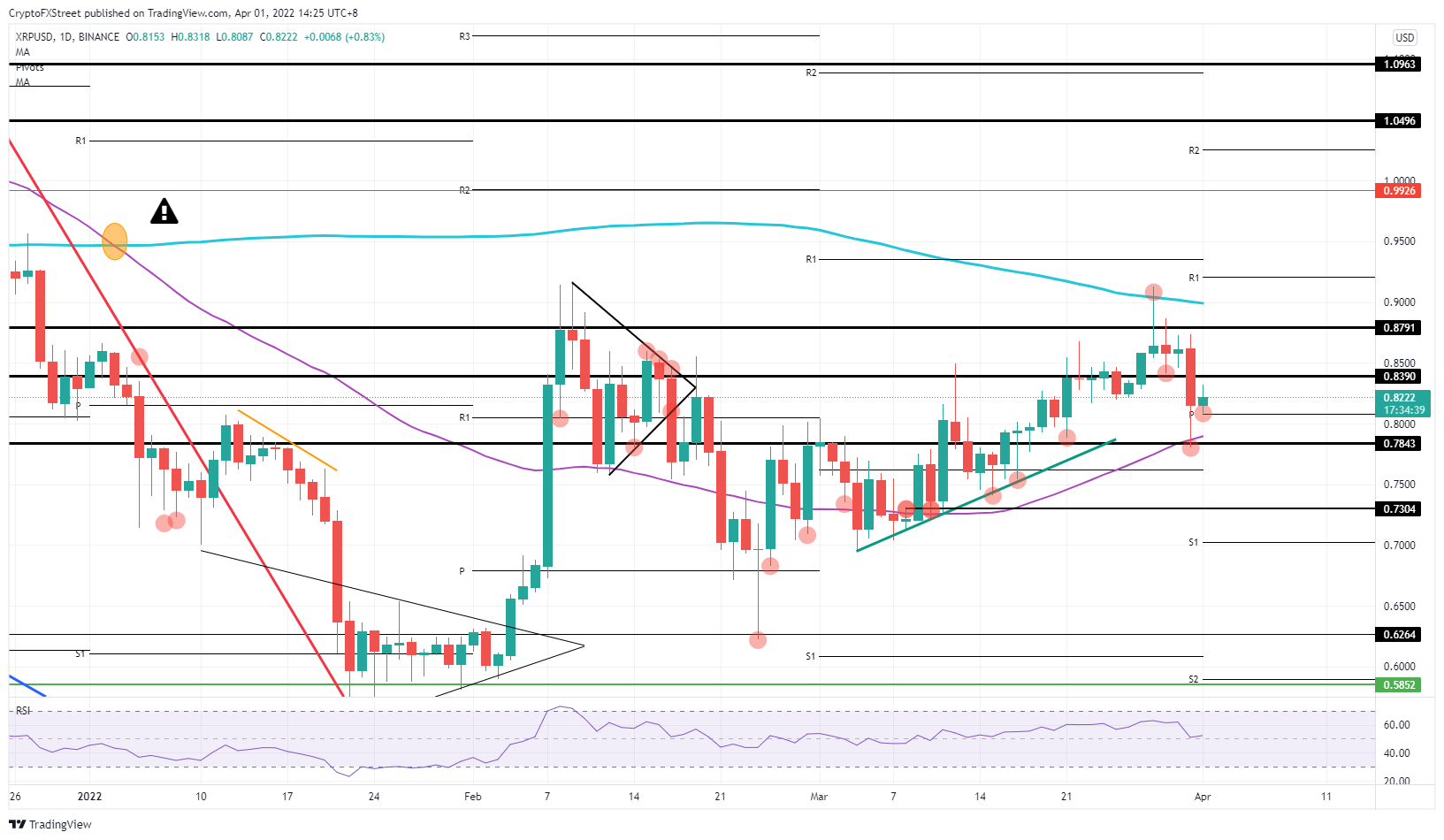 The risk of a continuation to the downside could come from the nonfarm payrolls later today, where the inflation tail risk could set the tone again if wages increase, expendable income diminishes and labor markets get even tighter. That would readjust the current rate path expectations for the FED and could see bond prices drop (yields higher), which will trigger a correction in equities and, in its turn, spill over to cryptocurrencies. When that happens, expect a test back to $0.7843 and a breach below $0.7304.