XRP price action has been muted in the past few days, with minimal clues as to directional intentions. Ripple has formed a declining resistance trend line since mid-June and could be expecting higher volatility following the period of stagnation.

XRP price has been forming lower highs, presenting a declining resistance trend line on the daily chart since June 21. Ripple has attempted to recoup losses from its monthly low on June 22 and has been trading sideways since. The squeezing of the Bollinger Bands suggests that a period of high volatility may be in store for the asset.

Ripple was unable to break above the 200-day Simple Moving Average (SMA), which has sealed XRP price in consolidation, struggling to find bullish momentum as trading volume has also tapered off.

The lack of buying pressure and the heightened resistance is spelling trouble for the bulls. The Ichimoku Cloud indicator that shows collective support and resistance levels indicates that XRP price is in a downtrend for the foreseeable future.

Further, the thickness of the cloud also represents the heavy resistance XRP price is facing, which may lock Ripple in a bearish trend. 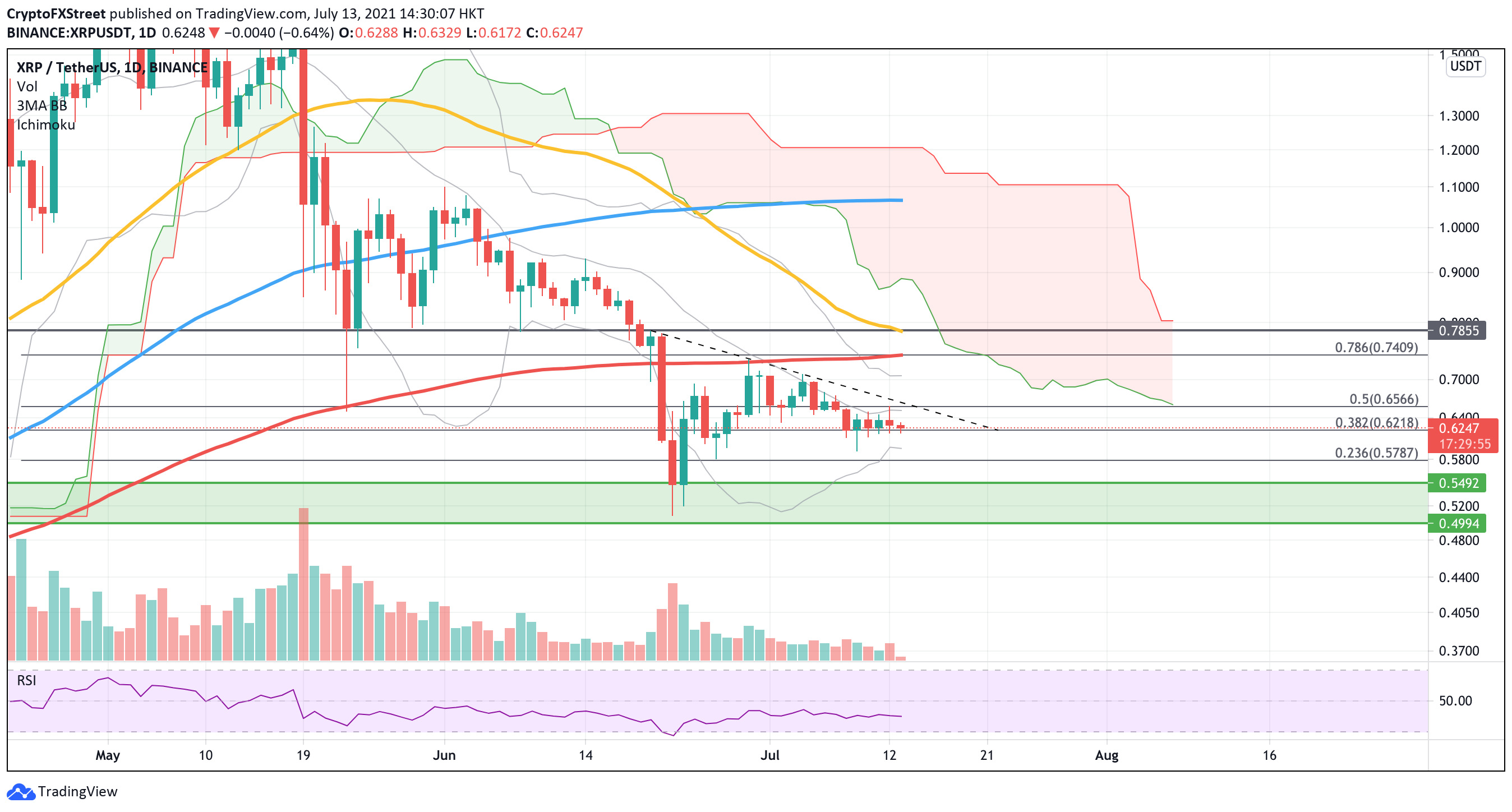 Additional selling pressure and market-wide weakness may cause XRP price to retest crucial support levels before falling further. The 38.2% Fibonacci extension level at $0.62 is acting as support for Ripple.

However, it is likely that the token could drop to the 23.6% Fibonacci extension level at $0.58 as the recent rebound has channeled minimal interest. Speculators should also be aware of the impending death cross when the 50-day SMA intersects below the 200-day SMA.

Should further downward momentum emerge, XRP price is at risk of falling at least 12% into the demand zone, which ranges from $0.50 to $0.55.

On the flip side, to void the bearish outlook, XRP bulls would need to break above the aforementioned diagonal trend line to confirm accelerating interest. Ripple could aim to tag the 200-day SMA, which coincides with the 78.6% Fibonacci extension level at $0.74, if this bullish outlook transpires.